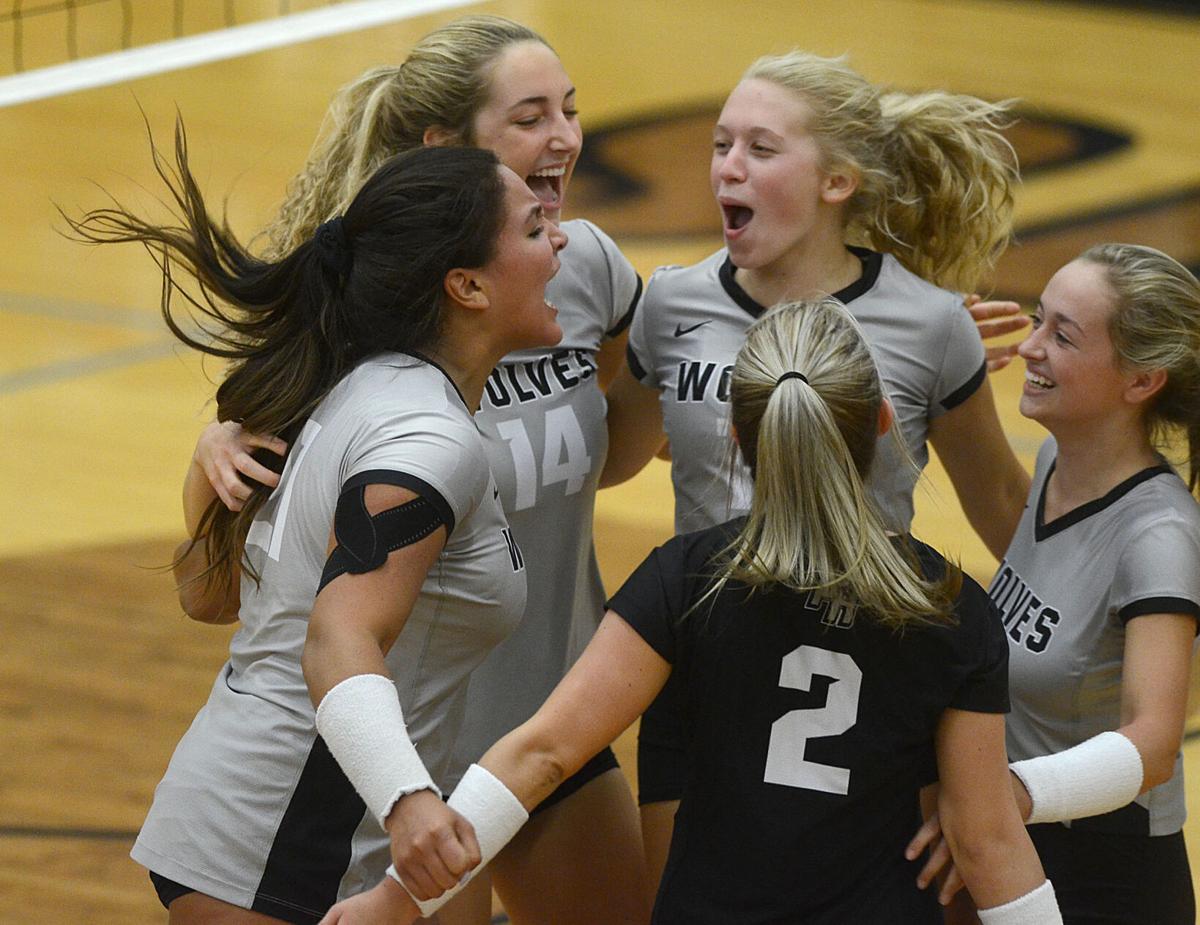 Wolf pack win: Parke Heritage's Atlantis Clendenin (left) celebrates a kill with her teammates during a win over the host South Vermillion Wildcats on Tuesday near Clinton. 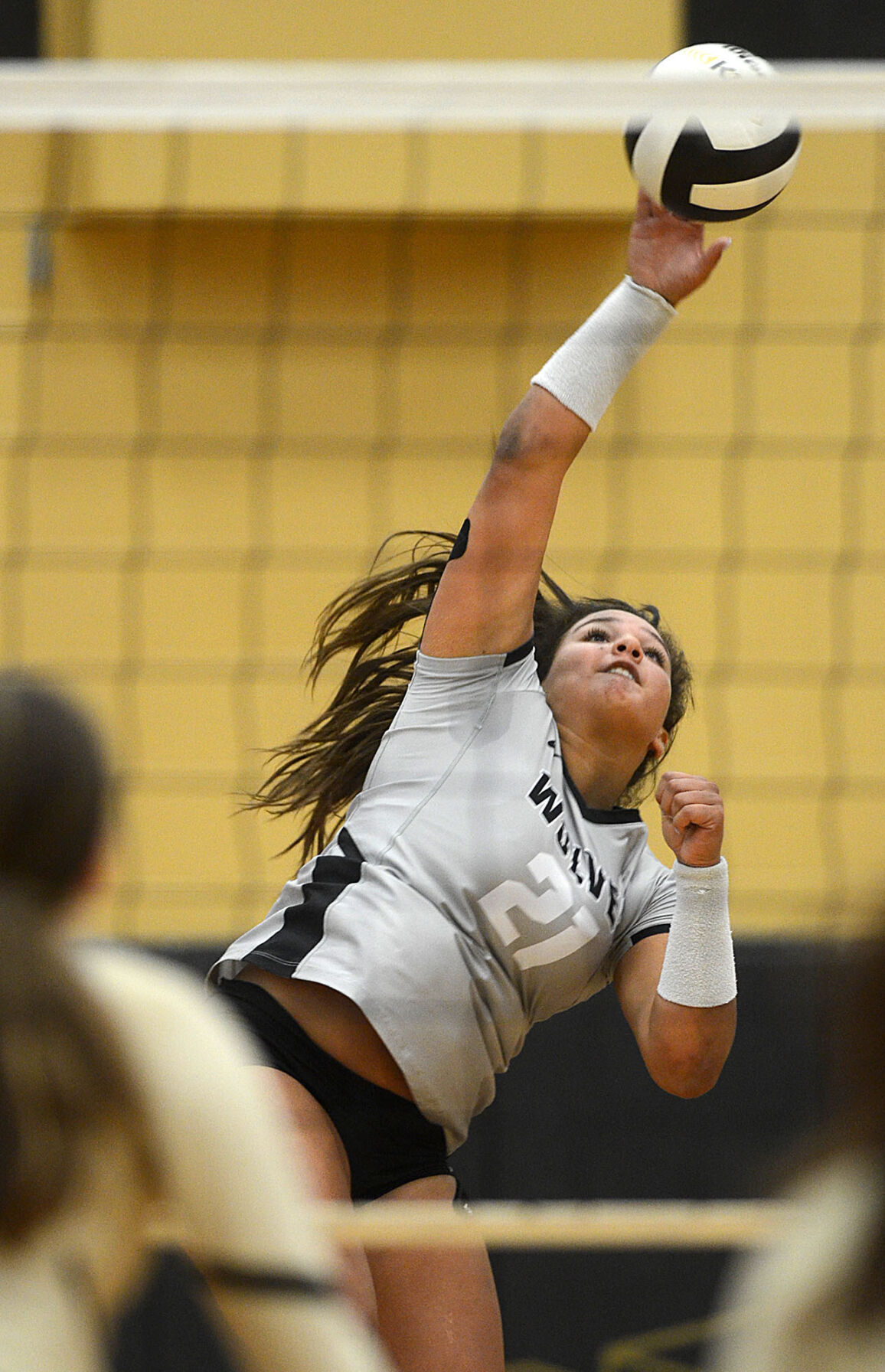 Another kill for this Wolf: Parke Heritage's Atlantis Clendenin scores on a kill during the Wolves' win over the host South Vermillion Wildcats on Tuesday near Clinton. 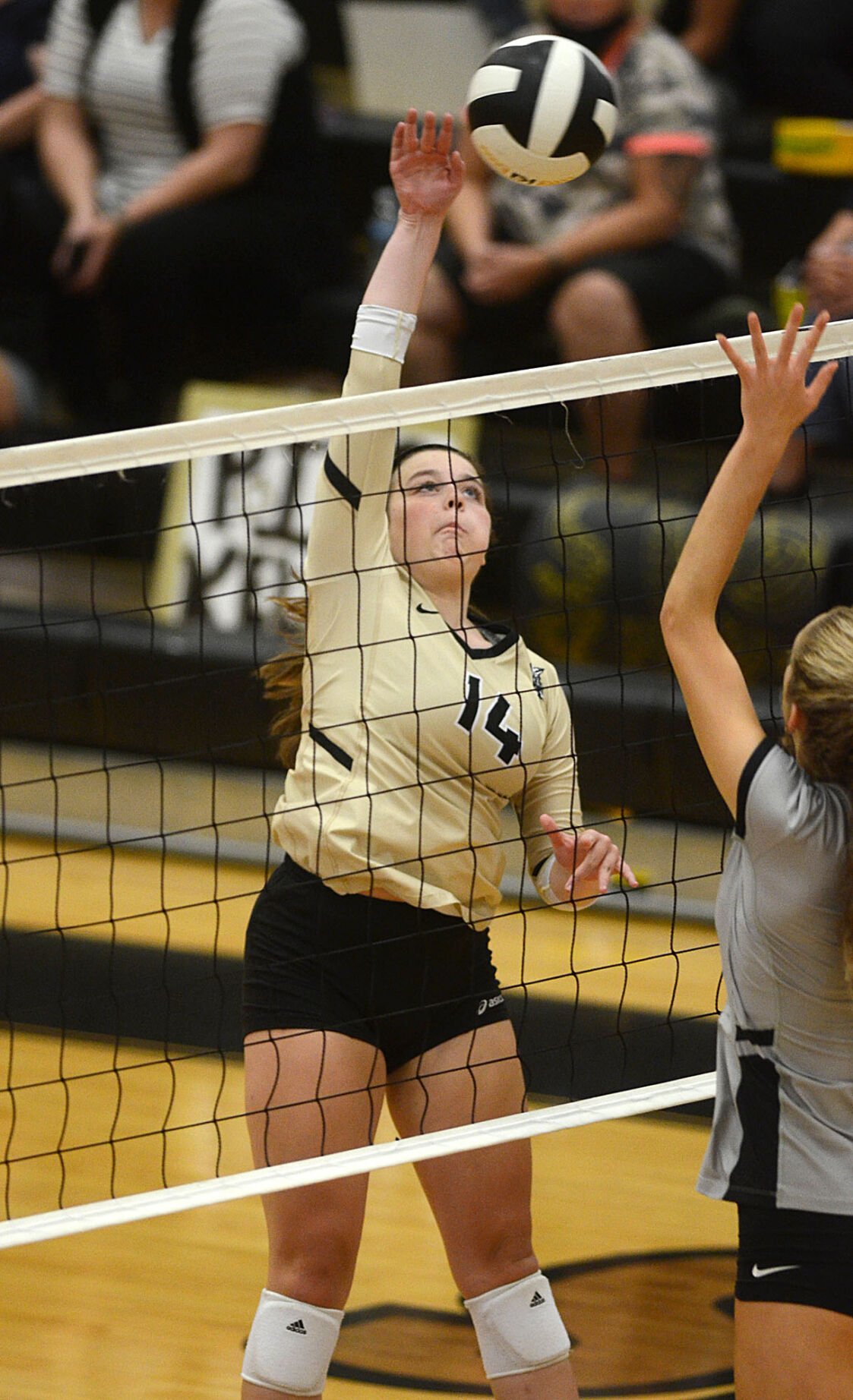 One for the home team: South Vermillion's Grace Hedden scores on a kill against visiting Parke Heritage on Tuesday near Clinton. 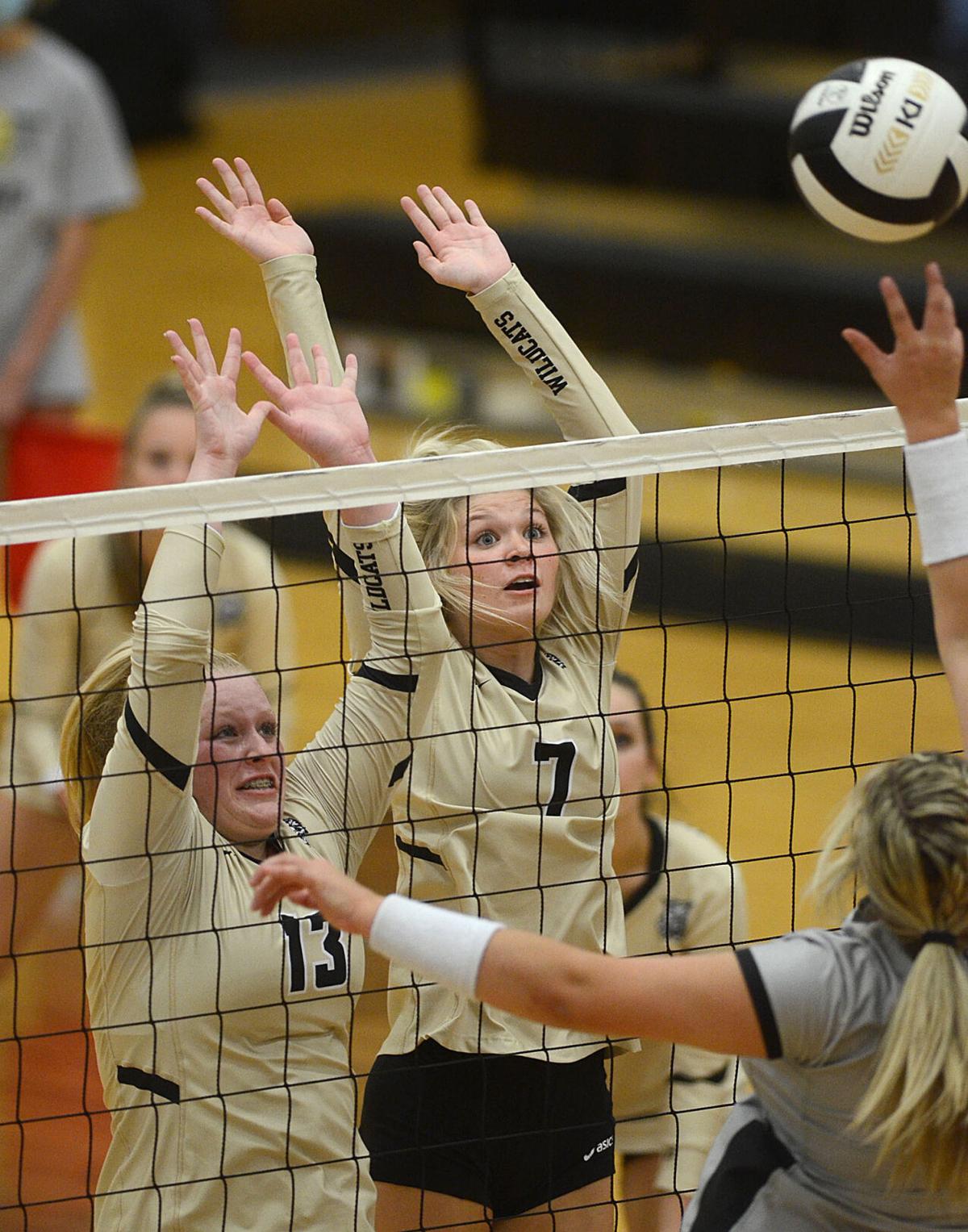 Wildcat defense: South Vermillion's Hannah Ping and Kierra Kelley attempt to block back the ball against Parke Heritage on Tuesday near Clinton.

Wolf pack win: Parke Heritage's Atlantis Clendenin (left) celebrates a kill with her teammates during a win over the host South Vermillion Wildcats on Tuesday near Clinton.

One for the home team: South Vermillion's Grace Hedden scores on a kill against visiting Parke Heritage on Tuesday near Clinton.

Wildcat defense: South Vermillion's Hannah Ping and Kierra Kelley attempt to block back the ball against Parke Heritage on Tuesday near Clinton.

Parke Heritage outside hitter Atlantis Clendenin is having fun.

And why shouldn’t she be? The Wolves won the battle of Wabash River Conference volleyball unbeaten teams with a 3-0 win at South Vermillion on Tuesday and her Wolves reached their ninth overall win in just 11 matches.

Clendenin herself is one of the most fearsome hitters in the Wabash Valley and she is committed to play volleyball at IUPUI.

Sounds like fun to me. Clendenin and her Wolves teammates are trying to add to their fun by adding a Wabash River Conference title, a goal that became closer with the sweep of the Wildcats.

Clendenin had 29 kills in the win on Tuesday, including 11 in the first set. She also had three aces from a lethal jump serve. Clendenin has supreme confidence in her hitting right now.

“I’ve become more confident. Going to play at the next level? I feel like there’s no pressure. This is my game. This is what I love to do. It’s all fun,” Clendenin said.

South Vermillion (7-6, 2-1) did their best against the Wolves. Clendenin was always the presence in the background waiting to serve up a bullet hit, but Parke Heritage has more to contend with than just Clendenin.

Libero Madison Millspaugh anchors the back line well. Jenna Brown is a good hitter herself and Jillian Gregg and Grace Ramsay form a solid defensive wall at the net. The combination of all of the above proved too much for the Wildcats.

South Vermillion hung in there, however a 6-0 run by Parke Heritage in the first set, with Clendenin serving, fueled an early Wolves run. The Wildcats would be as close as 16-11 before they succumbed to the Wolves 25-15.

Millspaugh retrieved it, one-armed no less, and managed to flick it to Clendenin, who cleared the net about 30 yards off the net. After the rally was kept alive, Clendenin later finished it with another kill. The Wolves would go on to win the set 25-14.

“The challenge is when you have girls who are still figuring each other out? The chemistry seems to be different and that’s what we talk about at just about every timeout we called tonight,” South Vermillion coach Alison Cottrell said.

“We talked at the end of the game how we have to come out and play at a higher level every time we come out on the floor,” Cottrell said.

“A lot of teamwork went on. There was a lot of movement. A lot of talking. It was just a team effort,” Gregg said.

As for winning the WRC? That’s very much within the grasp of Parke Heritage. Covington had won six WRC titles in a row entering the season, but the Wolves have already beaten the Trojans. The WRC is theirs to lose.

“Racking up the WRC wins? That’s huge. Covington hasn’t lost it in [six] years, so the fact that we’re racking them up is amazing,” Clendenin said.

Next – South Vermillion (7-6, 2-1) plays at Shakamak on Thursday. Parke Heritage (9-2, 5-0) plays at the Benton Central Invitational on Saturday.