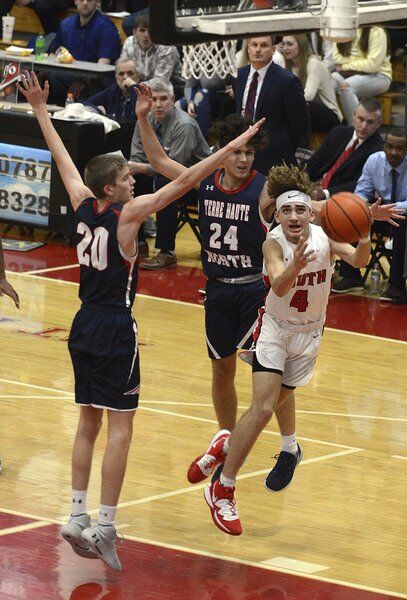 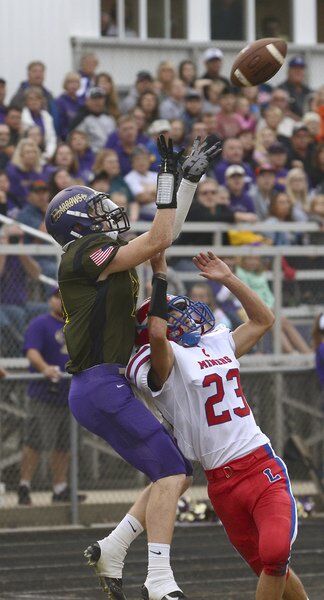 On the one: Sullivan wide receiver Kyle Vernelson prepares to catch a pass on the one-yard line as he is covered by Linton defensive back Gavin House on Friday, Aug. 24, 2018 in Sullivan. Vernelson completed the pass. 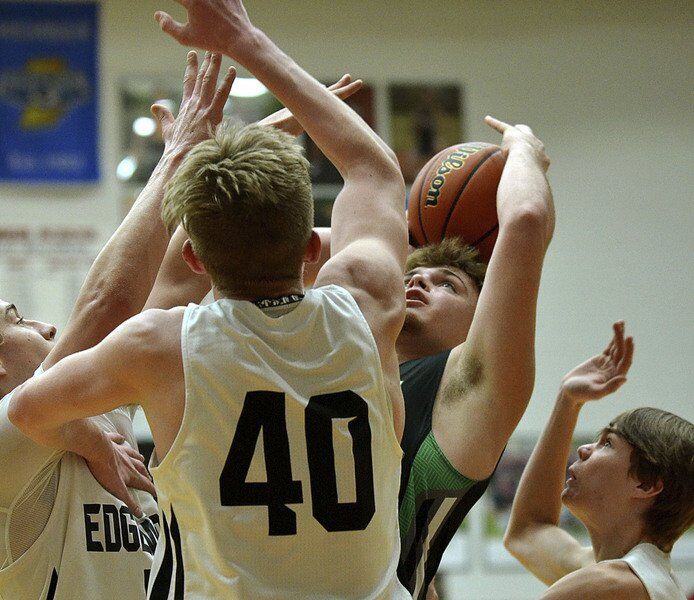 On the one: Sullivan wide receiver Kyle Vernelson prepares to catch a pass on the one-yard line as he is covered by Linton defensive back Gavin House on Friday, Aug. 24, 2018 in Sullivan. Vernelson completed the pass.

Back when I was at Lowell High School, there was no question about which of our opponents was our biggest rival.

We weren’t crazy about Hebron or any of our Calumet Conference rivals like Dyer, Merrillville (looking at you, Gregg Popovich), Gary Edison, East Gary, Portage, Gary Wirt or Griffith, but we loathed and despised the Crown Point Bulldogs.

This made for some very awkward moments four years after I graduated, when I was student teaching at Crown Point and assisting the legendary Don Carnahan in baseball, and we had a crucial home game against the Red Devils — or should I say against the kids I’d been coaching during the summer for several years. (Two months later, I had to coach the Lowell Post 101 American Legion team against Crown Point Post 20.)

Crown Point’s ace pitcher, Keith Kahl, had pitched in Lowell Little League and had given me some instant credibility when I became a Bulldog for a couple of months. So when the Lowell game came around, he told me, “You know these guys better than anybody. How do I get them out?”

The Lowell kids, to their everlasting credit, knew if I was in the other dugout I was there to help kick their butts. They didn’t hold it against me when I would holler from the dugout “Low and away” when Kahl faced my onetime next-door neighbor Tom Hoffman. Even Lowell’s notoriously patient slugger Glen “Shelby” McLean was a good sport after I yelled, “He’s going to take the first two strikes” and Kahl buzzed them in there to put Shelby in an 0-2 count.

But as much as the Red Devils hated the Bulldogs, the feeling wasn’t reciprocal. To Crown Point, Lowell was just another opponent, and not even a particularly respected one.

Now you know why we hated them.

5. Clay City-Northview — This is the reason for that introduction. The Eels like only one thing better than playing the Knights, and that’s beating the Knights from time to time. Northview is “meh” about the whole thing.

So if you’re looking for a play-by-play account of the Eels’ win in boys basketball last winter, you’ll get a much more detailed — and enthusiastic — account from the Clay City folks.

4. Edgewood-West Vigo — As West Terre Haute is to Terre Haute, so Ellettsville is to Bloomington. This should make these two schools natural rivals just for their desire to get out of the shadows of their neighbors.

It doesn’t really work that way. The Western Indiana Conference has so many fierce rivalries that it’s hard to single out one over another.

But this pairing is on the list because the Vikings and Mustangs seem to invariably meet in the first round of postseason play, in every sport. The Vikings’ 2014 softball win and the Mustangs’ 2019 baseball walkoff are among the highlights or lowlights, depending where your loyalties lie.

3. Casey-Marshall — At least the second-oldest rivalry on this list, it’s probably best in football (unless you don’t like to see nonstop hitting from the opening kickoff) and is currently simmering in boys basketball right now too.

Haven’t seen the Warriors and Lions line up in football since a classic game several years ago that included Casey assistant coach Gene Vidoni wearing a pink shirt (it was Breast Cancer Awareness Night), which should affirm the “real men wear pink” slogan forever, and the mysterious second-half disappearance of Lion star Andre Strohm for a few plays.

2. Linton-Sullivan — The other contender for oldest rivalry, and occasionally comes near Casey-Marshall for bitterest too.

The two teams are always ready for each other in football and may still be on hiatus against each other in boys basketball. So the game to watch this winter — fingers crossed for several reasons — is Miners vs. Golden Arrows in girls basketball.

1. Terre Haute North-Terre Haute South — The city rivalries of the past involving Garfield, Gerstmeyer and Wiley, were apparently pretty good. But by the fall of 1971, it took no time whatsoever for North-South to take on epic status itself.

Easily the leader among these five rivalries in enthusiasm and participation by student fans, it also retains the element of unpredictability that it’s had for almost 50 years. It might be best in tennis — either gender — but it’s not bad in any sport; even swimming is probably not as chummy as it may appear. I’d wager than any Terre Haute athlete of the last 50 years can tell you something specific about a North-South game he or she played.