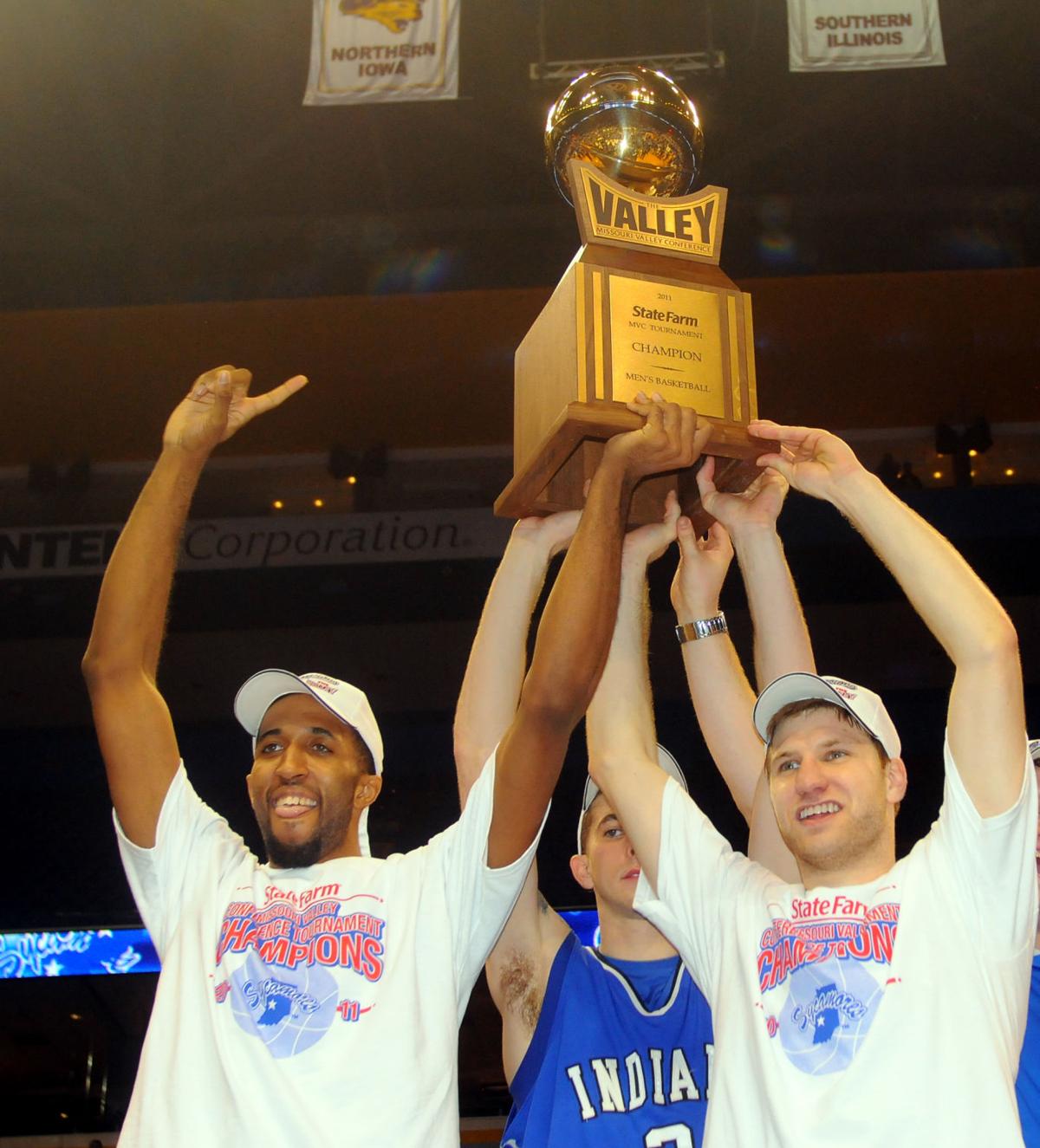 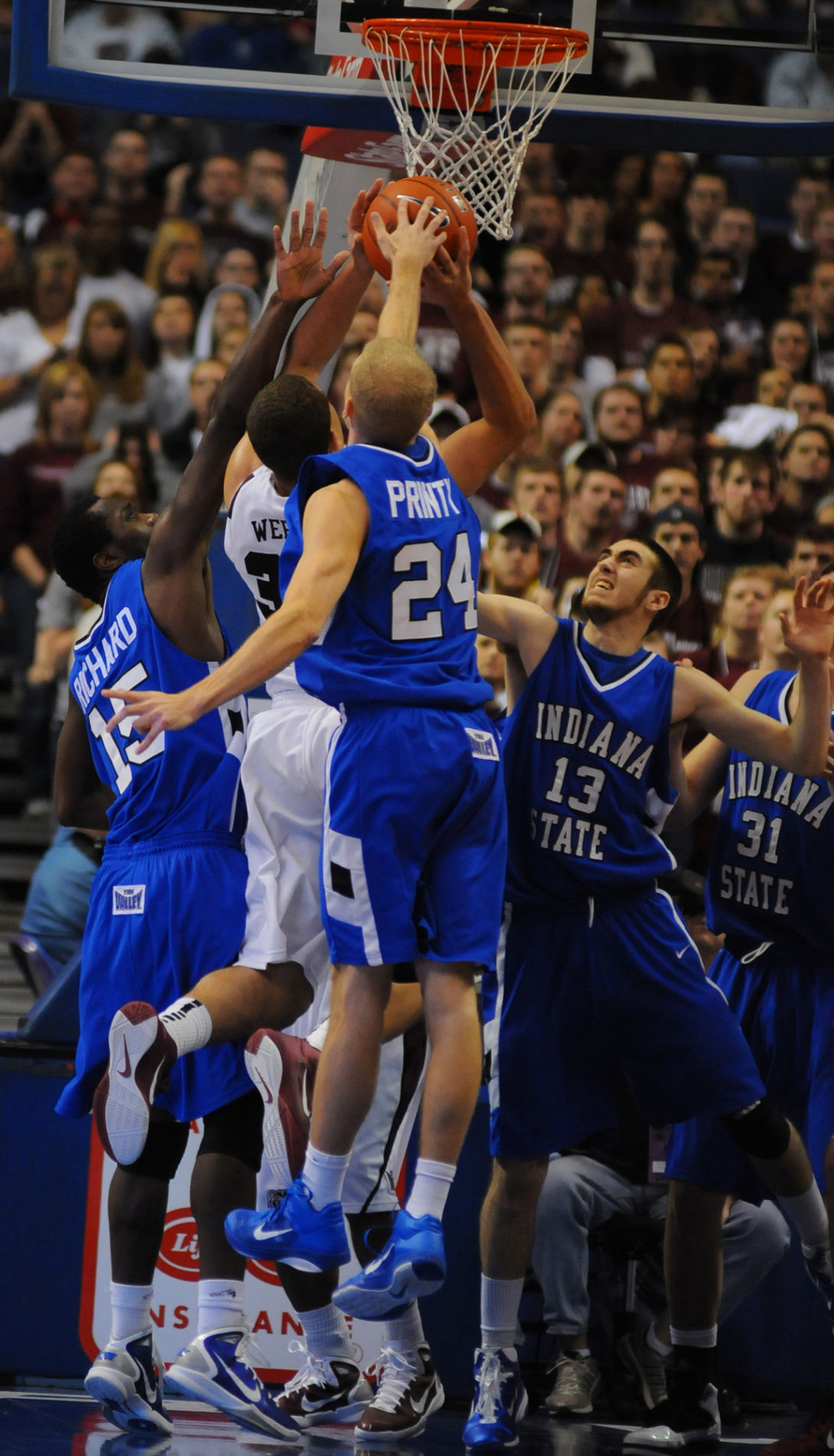 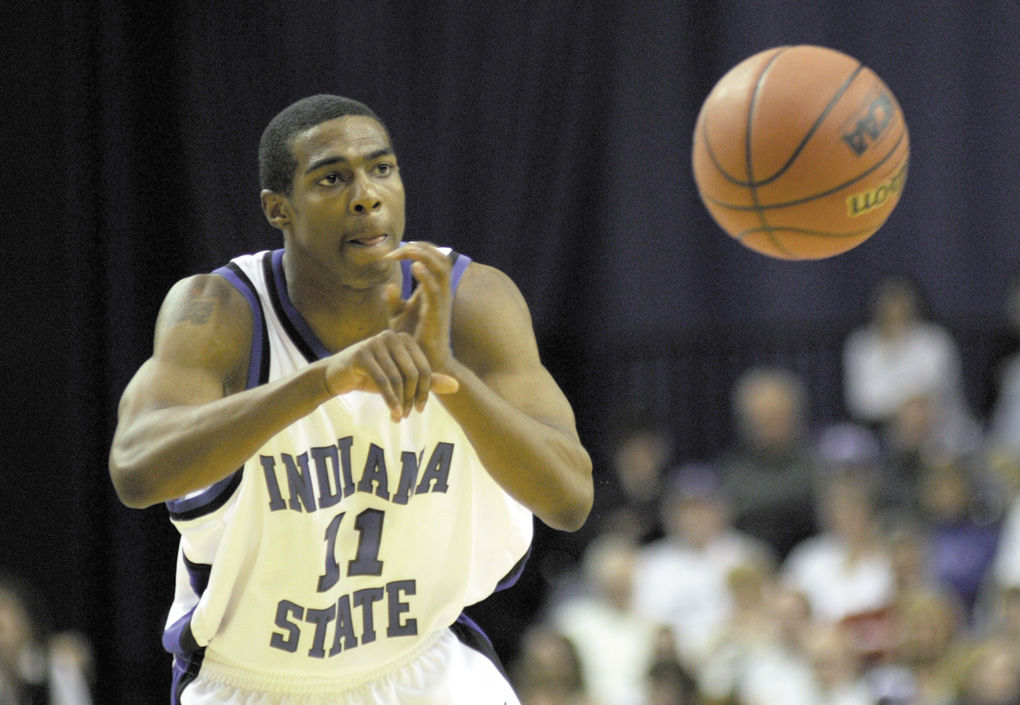 Passing: Indiana State's Lamar Lee pushes the ball upcourt against the Northern Iowa defense Saturday night at Hulman Center. He came up big in the simulated Indiana State tournament for the 2008 team. He only spent one year with the Sycamores before he transferred to Detroit. 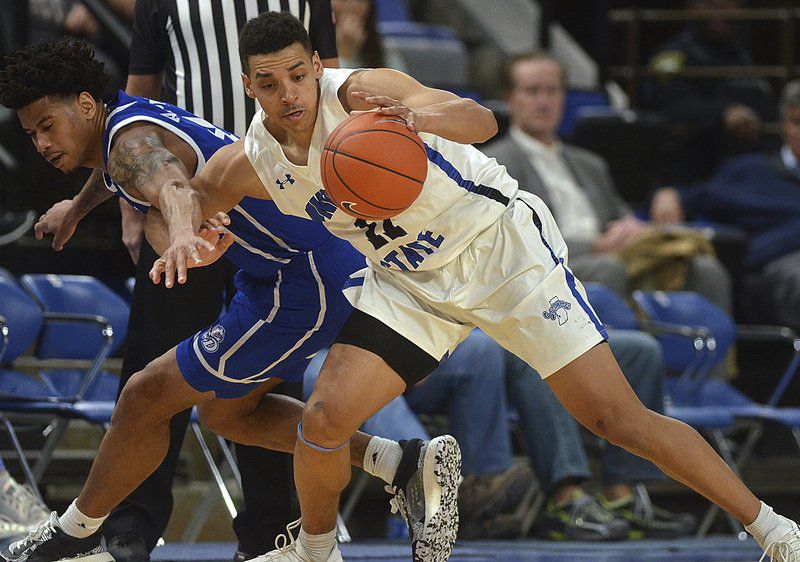 Right now, my colleague and fellow Milwaukeean in good standing, Paul Oren, has found a way to kill time during the coronavirus-inspired shelter-at-home times we live in.

The Valparaiso beat writer for the Times Of Northwest Indiana put together a tournament featuring every team in Division I and is playing it out on a computer simulation website called WhatIfSports.com. He’s updating the progress on his Twitter feed. Last I saw, the Sycamores had played their way to near the field of 64.

God bless Paul. Being someone who enjoys a deep dive into sports nerddom myself (don’t ask about the Strat-O-Matic football format I currently have going), I am envious of his ambition. I am also inspired.

I’ve dabbled in WhatIfSports before. They’ve been around for a while and they have a pretty good database of teams in all sports. Every college basketball team from 2006 onward is included as well as several NCAA Tournament teams going back into the 1990s. You can simulate individual games for free.

Last night I thought to myself, how would Indiana State’s teams do against each other?

I seeded by NCAA Tournament qualification and success first, then chose teams based roughly on win-loss record and I tried to represent multiple eras. (That left out the 2012 Sycamores, who had a winning record, but we didn’t need all four of the 2011-14 teams.)

Here’s how the field shakes out:

One change I will make. What If Sports can produce wonky results on an individual game basis. So we’re going to play these as best-of-3’s.

And remember, it’s a computer simulation. Take it with a grain of salt and have some fun with it.

I’m sure all of the Sycamores basketball alums who came up short are handling this with calm and grace!

And I can just hear Royce Waltman telling me something like, “garbage in, garbage out”, but it’s all in fun. I’ll admit, I thought either the 2000 or 2001 Sycamores would win it, but that’s why they, um, simulate the games?

Go to WhatIfSports.com and see how your tournament goes. Good time killer when many of us have plenty of time to kill.

Maybe I’ll piece together a best-of-the-MVC? Or best-of-state-of-Indiana? It's dangerous to let my sports nerd freak flag fly.

Todd Aaron Golden is sports editor of the Tribune-Star. He can be reached at (812) 231-4272  or todd.golden@tribstar.com. Follow Golden on Twitter @TribStarTodd.