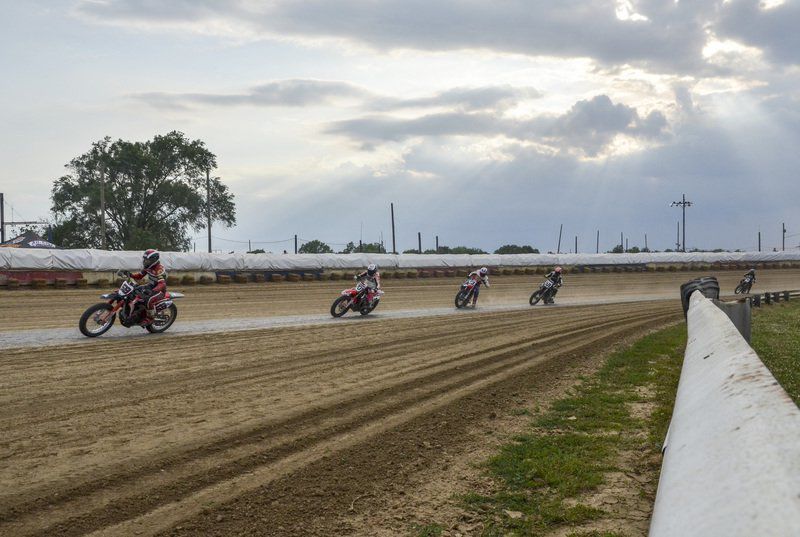 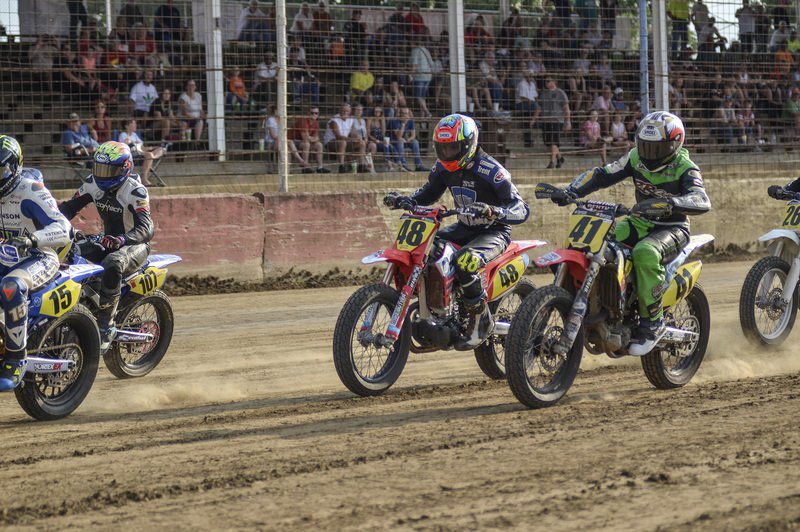 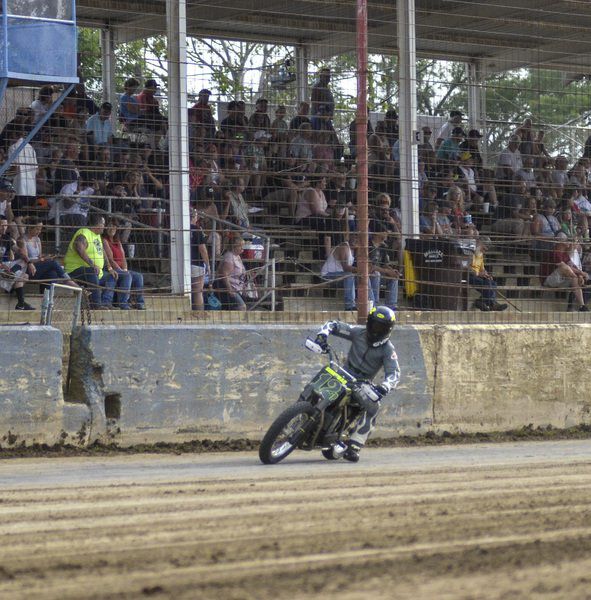 Daniels, who is from nearby Mattoon, Ill., turned 17 on Friday. "I'm getting up there," he joked after his second win, the Super Singles race, "but it's been really fun."

Daniels wasn't the only double winner — Ezra Brusky, another 17-year-old, won Open Singles Amateur and 450 Amateur — and a long way from being the youngest.

But the big winners were Jeffrey Carver, who held off Jared Mees for the top payday in the All-Star Twins race, and the AMA and the Action Track, who were able to get that last race run.

Although hot laps were run in sweltering heat, some clouds were developing in the west as the heat races began and more than a few people were checking weather reports and maps on their smartphones. Just as Gavin Grow won the 250 Amateur Race, the sixth of nine finals, the wind gusted dramatically and track officials started taking down signs that might otherwise have blown away.

The next two races went off at an accelerated pace. But although some lightning was seen in the distance, the final race, featuring the most experienced racers in the field, went off without incident — unless you count Mees's near-catastrophe just before its midpoint.

Mees ranks third on the Grand National circuit's all-time win list and he was on the verge of overtaking Carver for the lead when he lost the groove going into the fourth turn. Mees spectacularly saved himself but lost valuable ground and never caught Carver, although he was gaining again at the checkered flag.

"I was trying to set [Carver] up," Mees told the crowd after the race, "but then I thought I was really going down."

Although there was no shortage of precocious youngsters Saturday night, there were veterans who shined too. Denne Williams, who is 65, dominated both his heat and the Open Vintage race, and probably the happiest podium finisher was 63-year-old Michael Grieff, second in Senior 40+ race. "This is new to me, being on the podium," Grieff insisted.

Other young standouts were 14-year-old Chase Saathoff, 16-year-old Aidan Roosevans and 17-year-old Jess Reynolds, the only female in the competition who had the night's most spectacular pass before Grow earned his victory with a daring move on the next-to-last lap of his race.

Terre Haute's Rick Hardesty competed in Open Singles Amateur, but was not a factor in either his heat or the final.