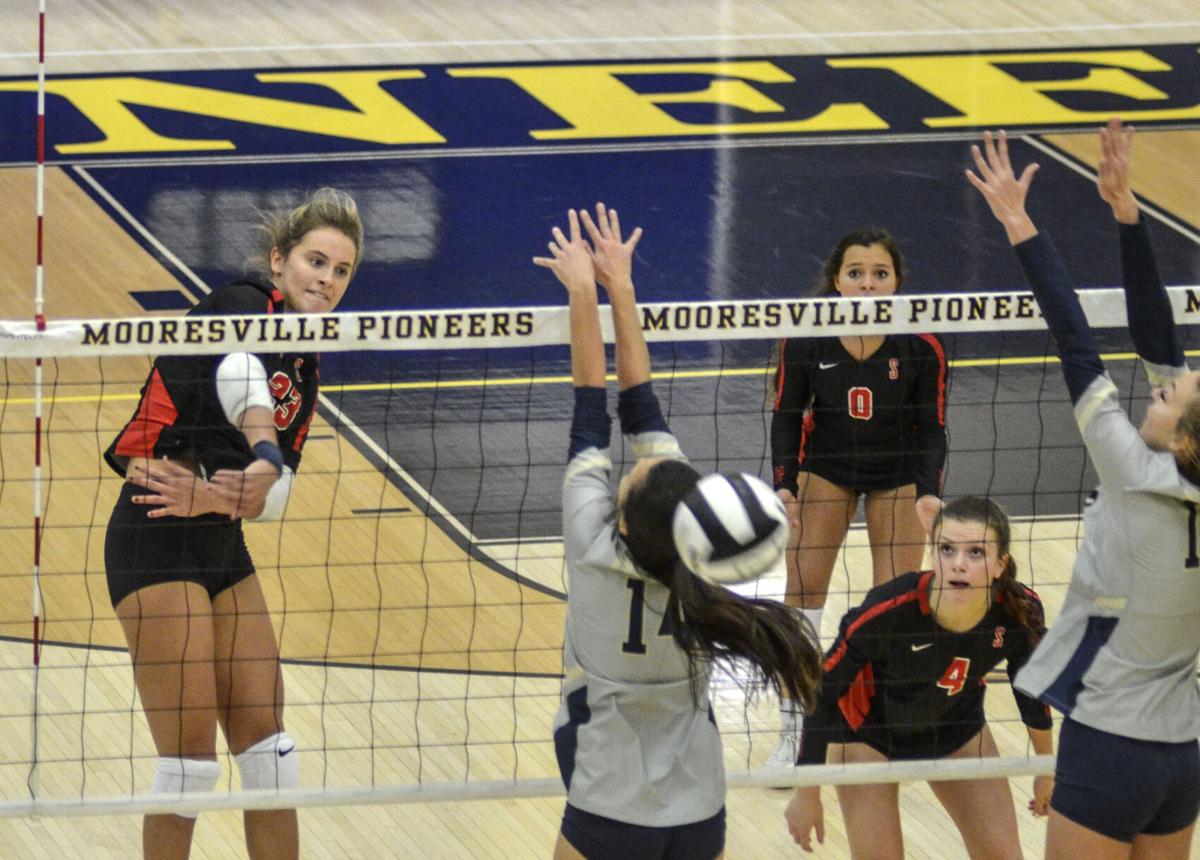 Blowing it by them: Terre Haute South junior Courtney Jones slams the ball past her Decatur Central opponents during Thursday’s Class 4A sectional match at Mooresville. 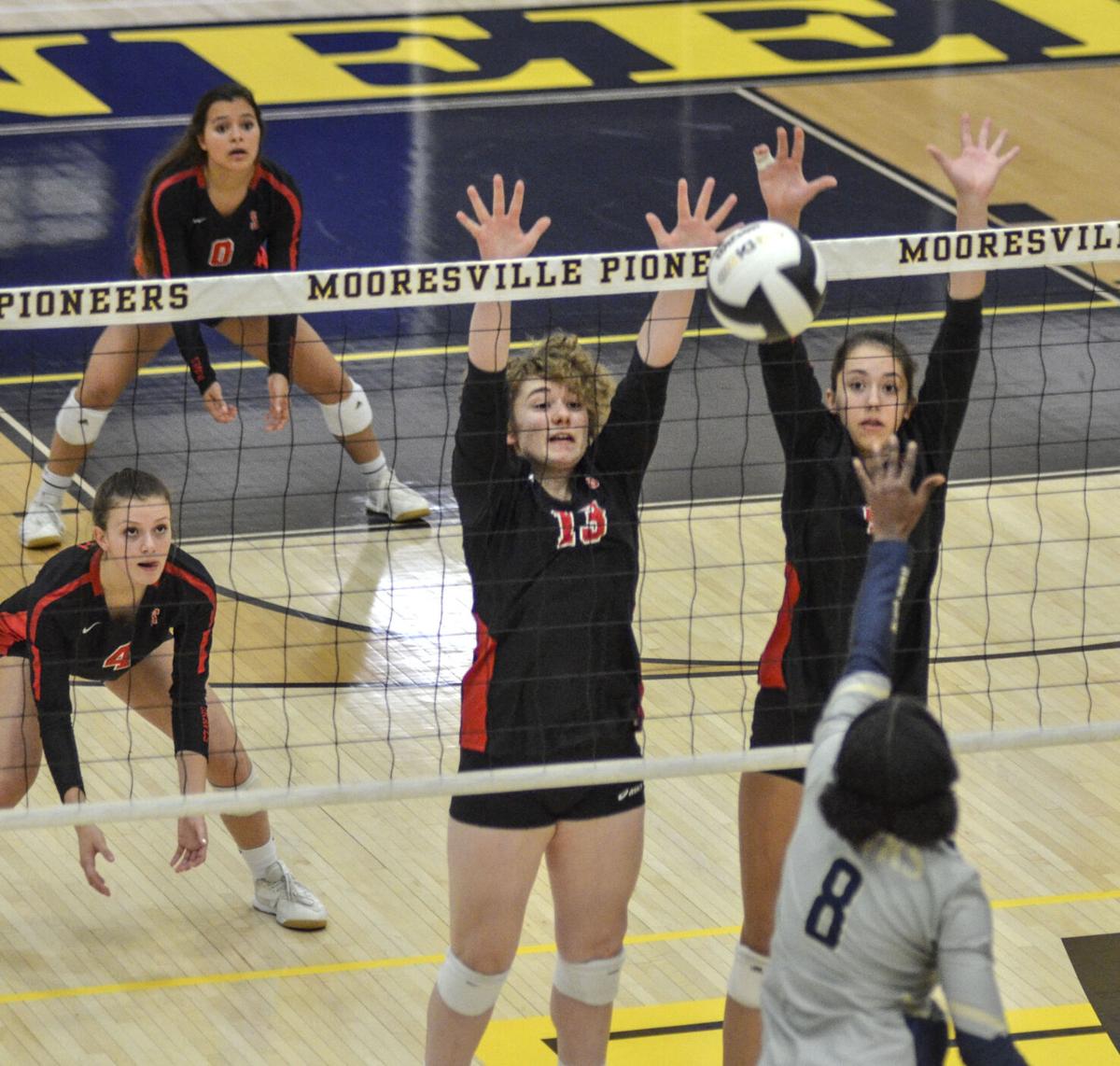 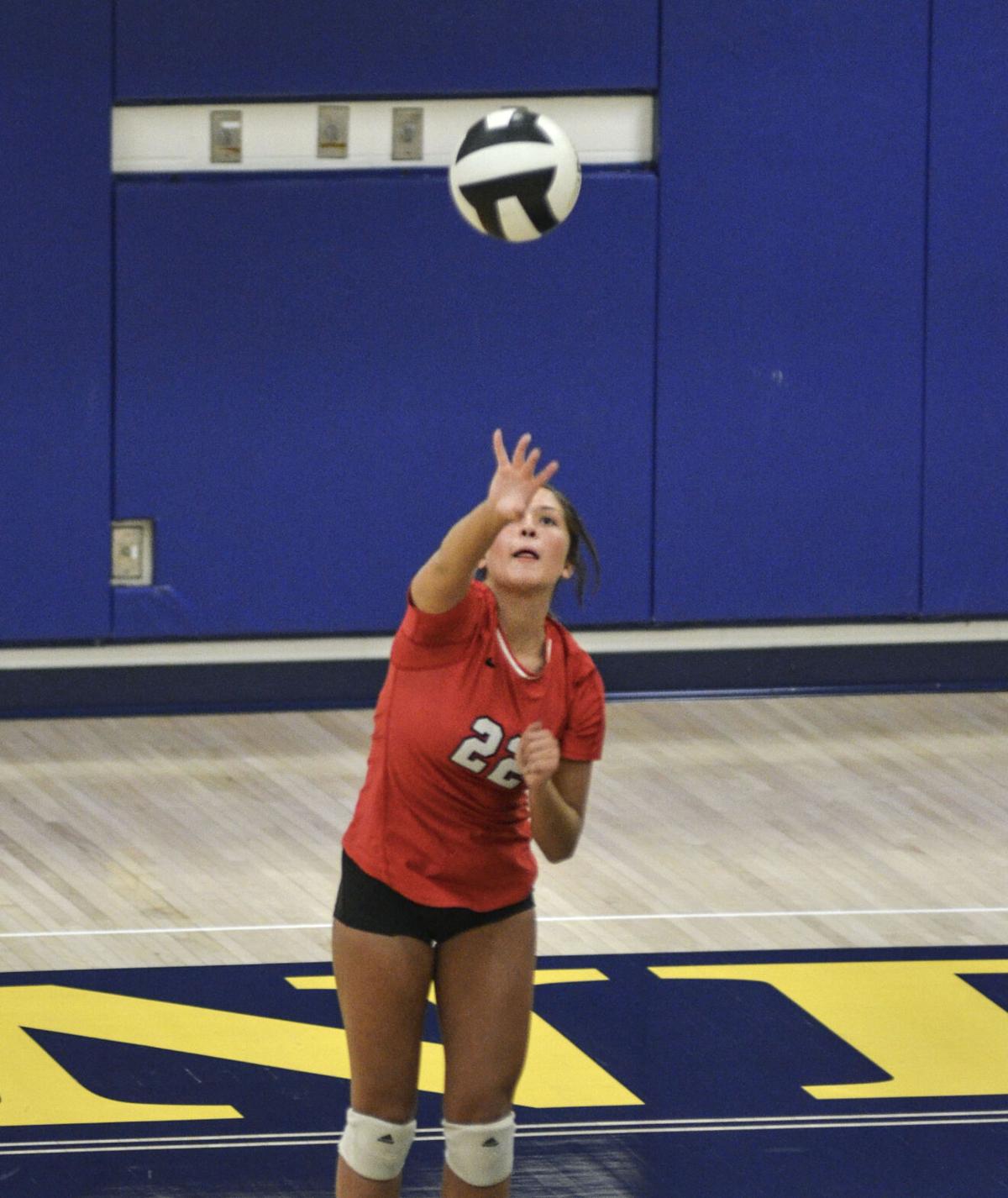 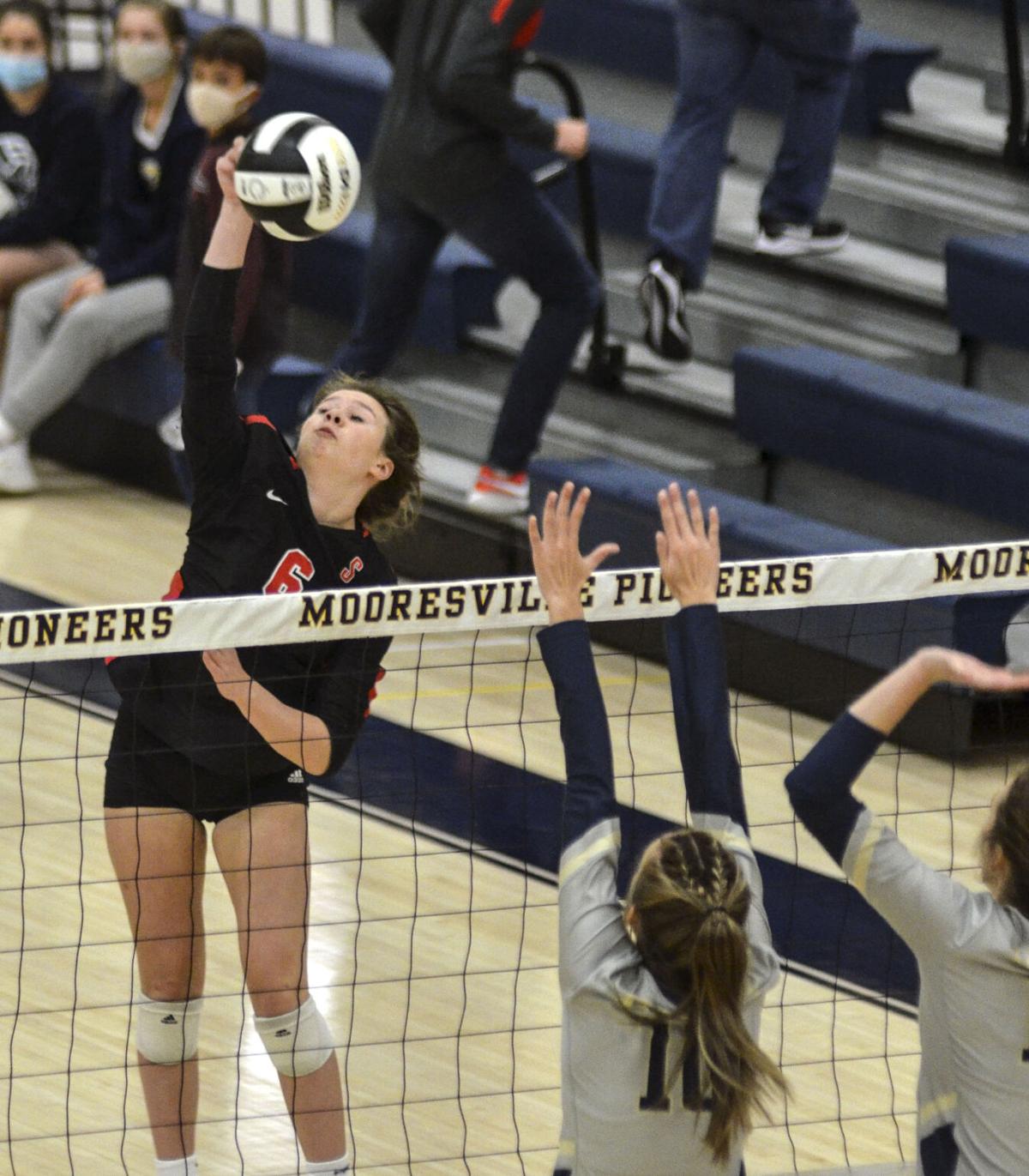 Bringing down the hammer: Terre Haute South sophomore Kaylee McDonald spikes the ball to the Decatur Central side of the net during Thursday’s sectional match at Mooresville.

Blowing it by them: Terre Haute South junior Courtney Jones slams the ball past her Decatur Central opponents during Thursday’s Class 4A sectional match at Mooresville.

Bringing down the hammer: Terre Haute South sophomore Kaylee McDonald spikes the ball to the Decatur Central side of the net during Thursday’s sectional match at Mooresville.

Terre Haute South fought through a fairly competitive first game before winning 25-15, then put the hammer down.

The Braves blasted Decatur Central 25-5 and 25-11 in games 2 and 3 to earn a win in the IHSAA Class 4A Mooresville volleyball sectional Thursday evening.

“I thought our setter, [freshman] Mia Loyd, moved the ball around a lot on offense. I feel like our defense was pretty good.”

Fougerousse also described the victory as a “break-out match” for Merk, a 6-0 freshman who posted four blocks and two aces in addition to her 10 kills.

“She had a very good match,” the Braves’ coach emphasized. “We’ve been working with her a lot in practice.”

In Game 1 against Decatur Central, South turned a 3-3 tie into a 9-3 lead on a run keyed by Hopper’s serving. The Hawks later pulled within 11-9, but the Braves padded their cushion to 16-9 with the help of a Jones kill, a Kaylee McDonald kill and a pair of aces served by the versatile Merk.

Four more Jones kills boosted South’s advantage to 22-13 and another McDonald kill put the finishing touch on the Game 1 triumph.

The next two games weren’t so difficult for Fougerousse’s squad.

In Game 2, South was up 9-1 almost before spectators could blink their eyes. Two more Jones kills and two Loyd aces were keys to the Braves’ outburst after they fell behind 1-0.

Decatur Central jumped ahead 4-3 in Game 3, but it didn’t take long for the Braves to rally behind three kills from Merk and one kill each from Jones and McDonald to catapult on top 12-6.

Another Merk kill — giving her four in the third game — and a Merk ace helped increase South’s lead to 16-8. From then on, there was little to no doubt which team would win the game or match.

The same cannot be said for Saturday’s clash with Brownsburg, which will follow the 11 a.m. Avon vs. Plainfield semifinal.

“We know that they’re a very solid team,” Fougerousse said of the Bulldogs. “So we will have to come out better than we did [Thursday].