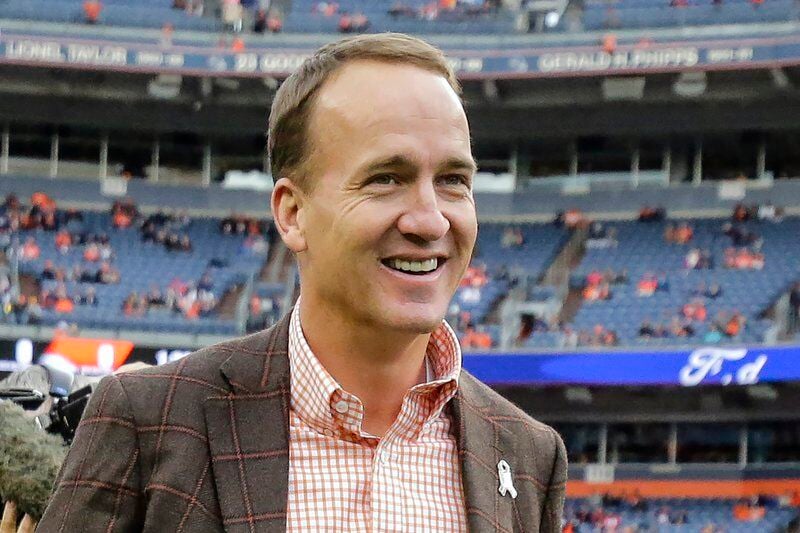 The man: In this Nov. 4, 2018, photo, former NFL quarterback Peyton Manning talks prior to a game between the Denver Broncos and Houston Texans in Denver. 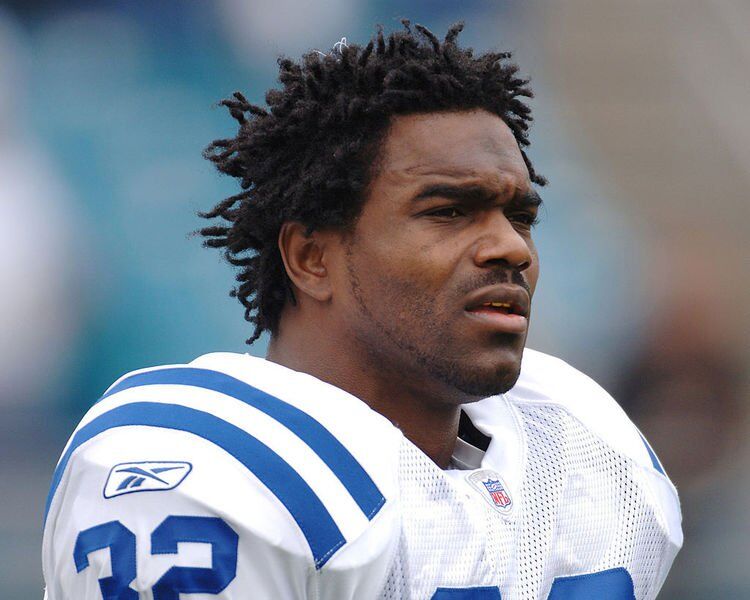 The man: In this Nov. 4, 2018, photo, former NFL quarterback Peyton Manning talks prior to a game between the Denver Broncos and Houston Texans in Denver.

As current offensive coordinator Marcus Brady talked about the Indianapolis Colts’ 2021 quarterback situation at Grand Park on Friday, the franchise’s gold standard was preparing for a party 316 miles away.

Much of the news coming out of this year’s training camp has centered around injuries and open-ended return timelines. But this weekend in Canton, Ohio, promises to claim a special place in team history.

Quarterback Peyton Manning and running back Edgerrin James — two icons of the Indianapolis era — finally will take their place in the Pro Football Hall of Fame. James will be officially enshrined Saturday as part of the Class of 2020 and Manning will join him Sunday in the Class of 2021.

That pair will reunite with wide receiver Marvin Harrison and head coach Tony Dungy — both part of the Class of 2016 — as NFL immortals.

“Certainly [in] Indianapolis, we had so many good years — just didn’t always finish the way that we wanted to,” Manning told NFL Network while attempting to recall his greatest career memory. “And then finally in 2006, we played the AFC championship game at home, made a comeback against the great Tom Brady and the New England Patriots.

“I just remember kinda from that time we took a knee to kinda the locker room to getting to celebrate with my family. Had a great after-party in downtown Indianapolis with family and friends and just the electricity in that city, knowing it was the first opportunity for the world championship to come to Indianapolis.

“There was a lot of buzz and a lot of confidence going down into that Super Bowl because we had finally gotten over the hump against the Patriots. So I just remember kinda slowing down, having a chance to really take that night in and realize it is not just about you as a quarterback or your teammates. It is the fans. It is the people that have been going to the old Hoosier Dome since 1984 when the Colts moved from Baltimore. [There were] some pretty lean years for a while. That was just a moment where the entire city and the state and the players all celebrated together. That’s one that just sticks out as a pretty fun moment.”

He’ll get no argument from a fanbase he helped to fall in love with football.

When Manning arrived in 1998, Indiana was a state known for high school basketball, Bobby Knight and the Indianapolis 500. Many high schools in the Indianapolis area had no football field or a badly maintained facility. Through his PeyBack Foundation, Manning started to change that.

He gave grants to several programs to improve or build new fields, and he started a tradition – that lives on today – of inviting teams to the Colts’ home stadium for a kickoff classic to open the regular season.

That no doubt played a big role in increasing the visibility and popularity of football in the state. But Manning’s on-field heroics went even further.

He won 141 regular-season games over 13 seasons with Indianapolis, completing 64.9% of his passes for 54,828 yards and 399 touchdowns. He also was named MVP of Super Bowl XLI and led the Colts back to the NFL title game three years later.

When he retired after the 2015 season following four years and another Super Bowl championship with the Denver Broncos, he was the NFL’s career leader with 71,940 passing yards and 539 touchdowns. Manning’s image is preserved in a statue outside Lucas Oil Stadium — a building that likely would not exist without his time in Indy — and his legacy will forever be a part of franchise lore.

But the winning didn’t really start until James arrived with the fourth overall pick in 1999. He led the league in rushing in each of his first two seasons, and the Colts were a combined 23-9 with back-to-back playoff appearances.

When James injured his knee and missed 10 games in 2001, Indianapolis slid back to 6-10. The next year Dungy arrived, James rushed for 989 yards in 14 games and the Colts returned the playoffs with a 10-6 record to begin a seven-year run at or near the top of the NFL.

James was gone by the time Manning and his teammates celebrated the AFC championship downtown in 2006 — having signed as a free agent with the Arizona Cardinals — but owner Jim Irsay thought enough of his contributions he still sent a Super Bowl ring to the running back.

“I mean, he was just magic — so strong, just could change direction on a dime, would block, unselfish, just everything in a Colt you’re looking for,” Irsay told the team’s website after James was elected to the Hall of Fame last year. “He is as tough as you get, and he is extremely charismatic, and I consider him just one of my best friends on the planet. I love him. I just love him, and I know our fans do too.”

James rushed for 9,226 yards, averaged 4.2 yards per carry and scored 64 touchdowns in seven seasons with Indianapolis. He ranks 13th in NFL history with 12,246 rushing yards overall.

In many ways, it’s fitting Manning and James will enter the Hall on the same weekend.

And for two consecutive days in northeast Ohio, the Colts will be the talk of the NFL again.