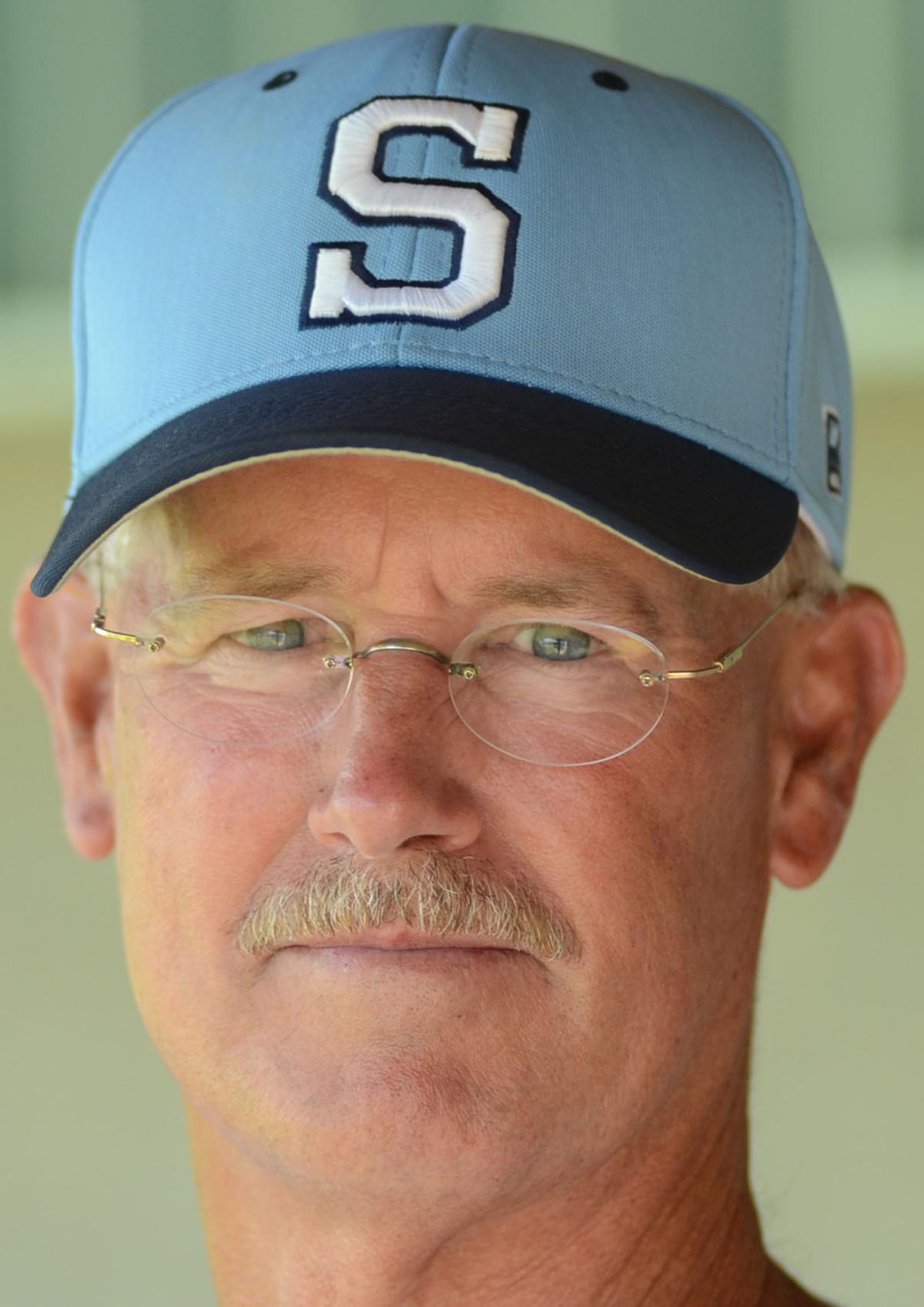 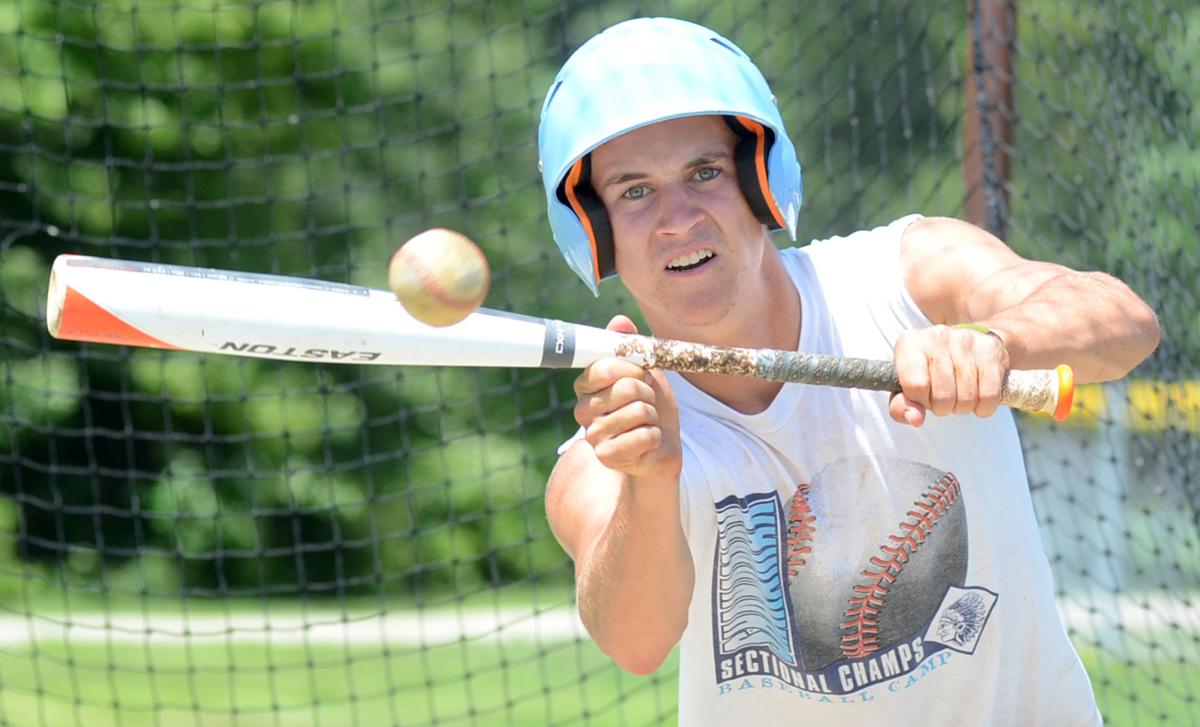 Tribune-Star/Jim Avelis Last time around: Luke Sweet lays down bunts at the beginning of a session in the batting cage Tuesday afternoon. Saturday he�ll play baseball for his father, Shakamak head coach Chip Sweet as they try for the IHSAA championship. 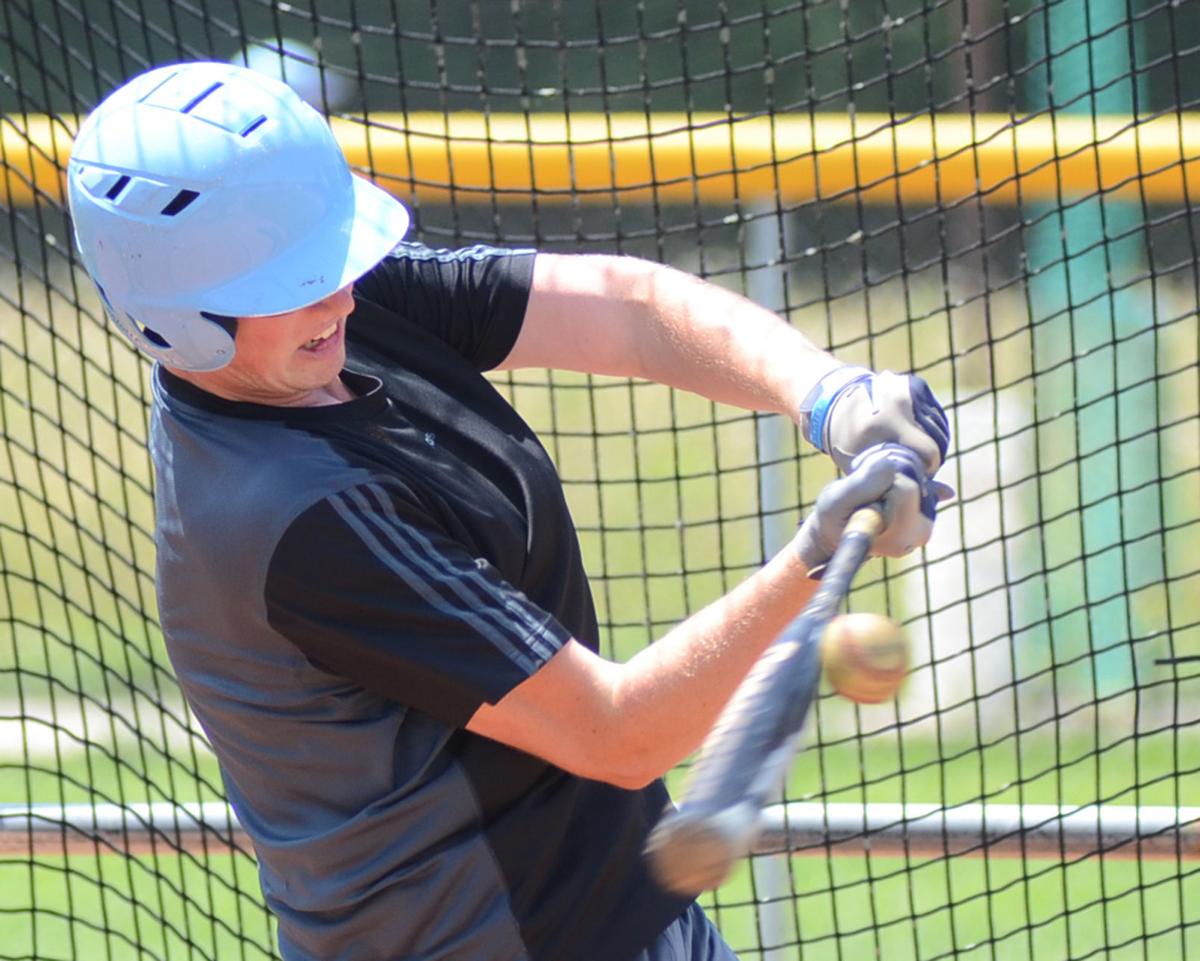 Tribune-Star/Jim Avelis At bat: Shakamak�s Christian Burris takes his turn in the batting cage Tuesday afternoon. Burris and the rest of the Lakers will try for a state championship on Saturday in Indianapolis.

Tribune-Star/Jim Avelis Last time around: Luke Sweet lays down bunts at the beginning of a session in the batting cage Tuesday afternoon. Saturday he�ll play baseball for his father, Shakamak head coach Chip Sweet as they try for the IHSAA championship.

Tribune-Star/Jim Avelis At bat: Shakamak�s Christian Burris takes his turn in the batting cage Tuesday afternoon. Burris and the rest of the Lakers will try for a state championship on Saturday in Indianapolis.

This isn’t the first time that a story has been written about the retirement of Chip Sweet as Shakamak High School’s baseball coach.

That’s when Sweet’s retirement comments to the Tribune-Star’s Dennis Clark appeared in print as the Lakers prepared to face Fort Wayne Blackhawk Christian for the Class A state championship at Indianapolis’ Victory Field.

“I would like to be remembered to people that our kids played the game the way it was meant to be played,” Sweet told Clark earlier that week eight years ago.

Actually, Sweet had announced his plans prior to the 2006 season and they were magnified during the pregame hype for the state finals. Then after Shakamak lost 7-4 in eight innings, he kept his word and stepped down to let the younger Matt Fougerousse take over the program.

Under Fougerousse, the Lakers returned to the state championship game twice (2007 and 2008) and won it once (2008). But after the 2009 season, Fougerousse resigned and nobody was being groomed to replace him.

“Hey Chip, you doing anything?”

Yes, Shakamak administrators lured Sweet out of retirement before the 2010 campaign to coach the Lakers for five more seasons. That time frame will end Saturday when Shakamak (26-6) takes on Rockville (28-3) for the Class A state title at now-familiar Victory Field.

First pitch is slated for 1 p.m.

This time, the 57-year-old Sweet means it. Win or lose, he’s retiring for good, although he’ll remain a fifth-grade teacher at Shakamak Elementary School.

“I don’t think people understand how physically demanding coaching baseball is,” Sweet told the Tribune-Star this week. “Not only are you coaching, you’re working on the field all the time, throwing batting practice, hitting fungos. At the end of the teaching day, most of the time I feel pretty brain-dead. My energy level’s not what it used to be.”

Sweet and wife Pam have four children — Josh, Abby, Luke (a graduating center fielder on Shakamak’s baseball team) and Mariah (who will be a Shakamak junior in the fall). Sweet said he might start taking spring vacations with his family, something he’s been unable to do as a coach, and work on his garden more often.

“Baseball coaching pretty much consumes your life during the spring time,” he pointed out.

Asked if he’ll be sentimental Saturday — knowing that not only will this be his final game as coach, but it also will be the final time he coaches one of his sons — Sweet said he plans to remain professional.

At least before and during the game.

“I don’t know,” he replied. “Maybe after the game, it’ll hit me. Before and during the game, there will be so much to think about as far as the game goes. There’s no doubt it’ll be kind of bittersweet for me. But it’s time for someone younger and more energetic to take over.”

Sweet will leave quite a legacy at Shakamak, the school he graduated from in 1975 after playing four seasons of varsity baseball and the school that gave him his first head-coaching job in 1991 after he served several seasons as Herschell Allen’s assistant.

“I consider Herschell my mentor,” Sweet said. “A lot of the things I do today, I learned from coach Allen.”

“Shakamak’s baseball program has been a huge part of my life,” he admitted. “We have so many great memories over the years. I’ve had a lot of good kids. I’ll be able to cherish those memories for the rest of my life.”

Several of those “kids” are playing on Sweet’s current team and they would like nothing better than to send him riding into the sunset as a state champion.

“After this year, he’s done for good,” son Luke Sweet emphasized. “Knowing that this will be my last game and his last game … this game will mean a lot to us. We’re going to leave it all out on the field.”

Graduating senior Christian Burris, the Lakers’ starting first baseman who recently signed to continue his baseball career at Lincoln Christian University, said this season has been dedicated to coach Sweet.

“A lot of the time, we play hard for him,” Burris explained. “It’s his last year. I know we want to make it good for him. We’re very determined.”

Burris described the 2014 season, which included victories over Terre Haute North (what ever happened to those Patriots anyway?) and West Vigo, as “awesome.”

“It’s been a real thrill because we have had our ups and our downs,” he mentioned. “But here in the second half of the season, we’ve blossomed, so to speak. It’s really amazing to come out and still be playing baseball.”

Burris and young Sweet agreed that they and other Shakamak players benefited from the time they spent with Chip Sweet during those three seasons that he didn’t coach at the high school level. Instead, Chip worked with Little League all-stars from the Jasonville area.

“It helped me a lot,” acknowledged Luke Sweet, who will be a student at Ball State in the fall. “He coached all my all-star teams, me and my friends, who are now seniors and juniors. He installed all the principles he knew that we would need in high school. Little did he know that he would be coming back to coach us again in high school.”

“I’ve been playing baseball with these guys since I was about 3 feet tall,” Burris noted. “Going to Victory Field with them as seniors is like no other feeling.”