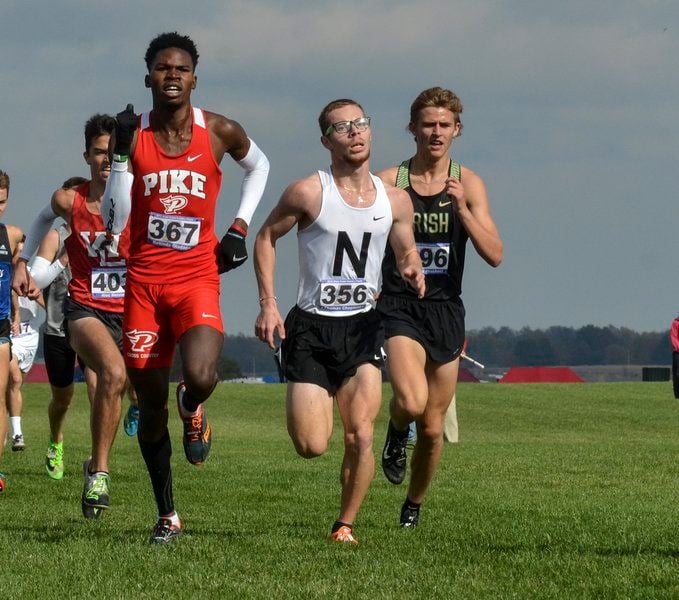 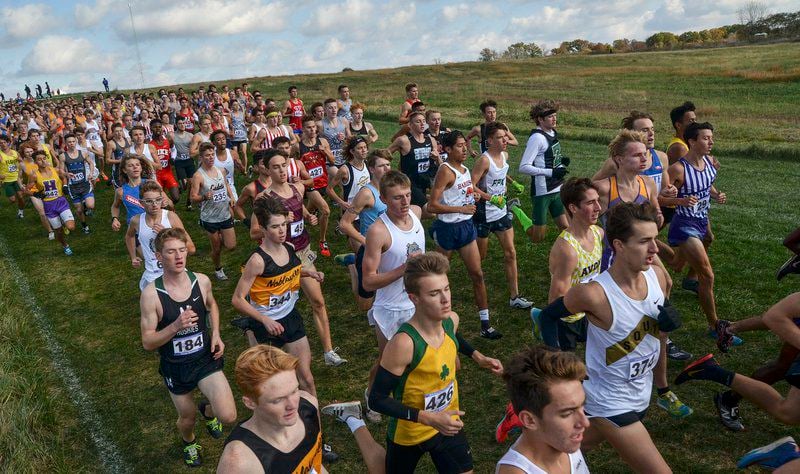 Tribune-Star/Austen Leake Around the bend: Runners make their way through the course during the boys cross country State Finals at LaVern Gibson Championship Cross Country Course on Saturday afternoon. 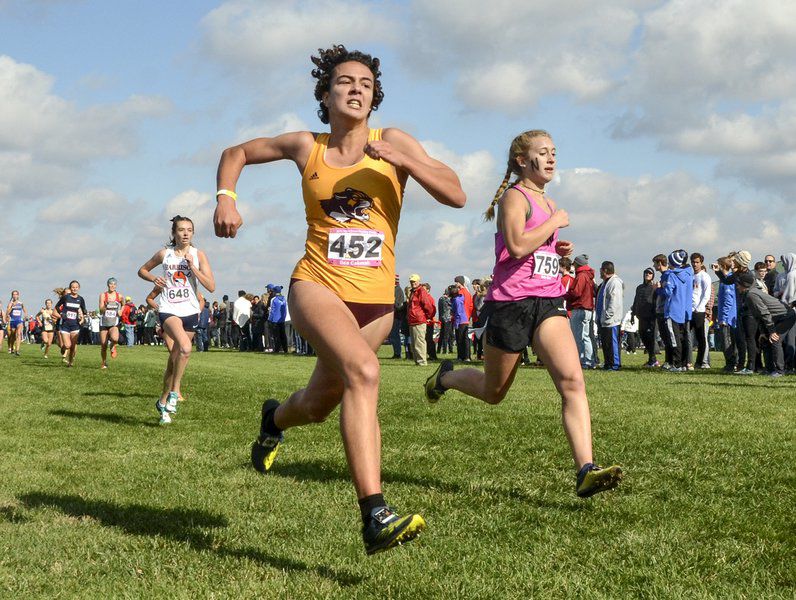 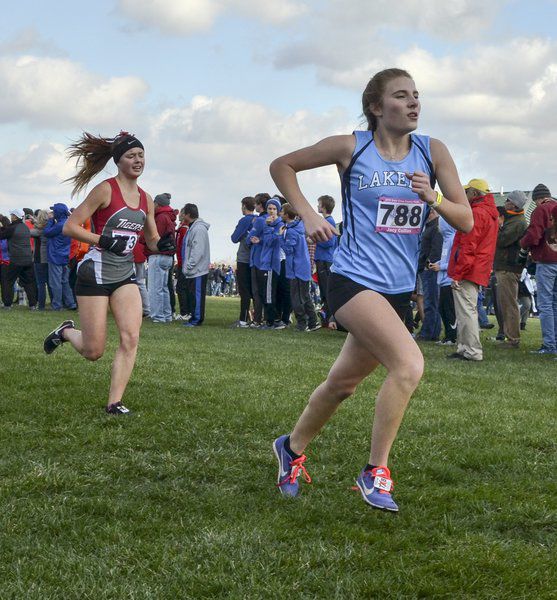 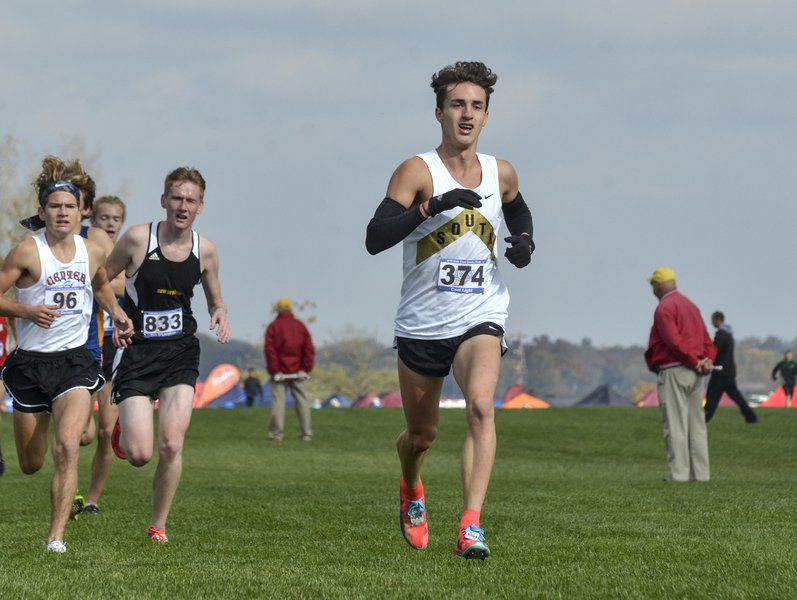 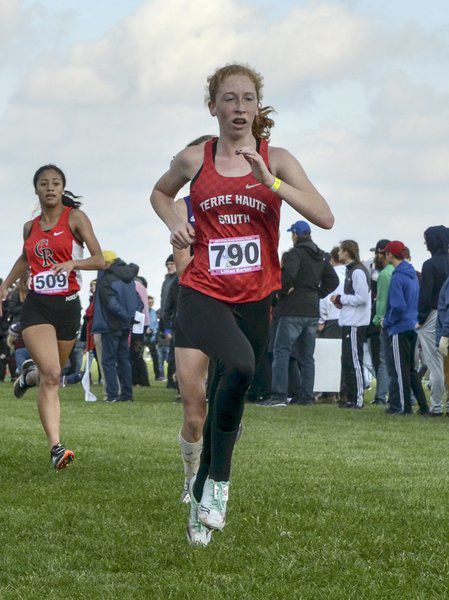 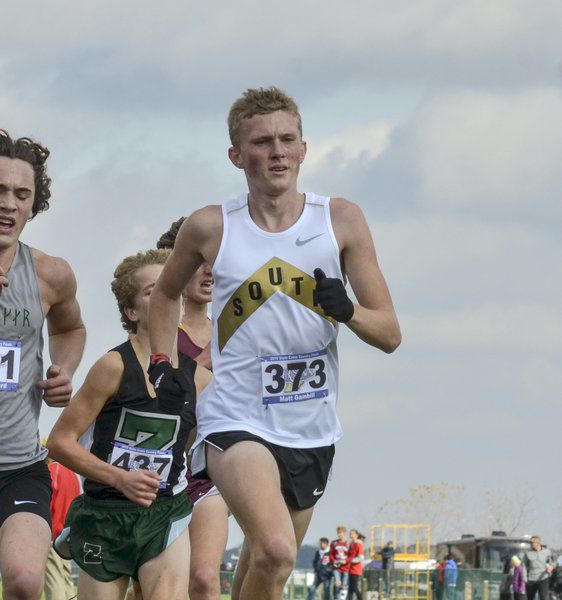 Tribune-Star/Austen Leake Around the bend: Runners make their way through the course during the boys cross country State Finals at LaVern Gibson Championship Cross Country Course on Saturday afternoon.

Wabash Valley's veterans of the high school cross country state finals came away from LaVern Gibson Championship Course on Saturday afternoon with an all-state finish, a little sadness and one performance that may or may not have been medically recommended.

Northview's rookies got their first tastes of the insane pace required to keep up with the top 24 or 25 teams in the state — not to mention some spectacular runners who aren't members of those teams — and their performances may have suffered as a result.

They'll do better next year.

"It was a great experience," said Northview's Thomas Chapman, who led the boys team to a 24th-place finish, "what we've been preparing for the entire season. It was a learning experience and about having fun and proving ourselves to everybody."

A junior, Chapman is one of the oldest of the Northview boys.

"With our training, and with the way we run and the way we push each other, I'm pretty sure we'll be back here next year," he said.

Sophomore Evie Noel was one of the older Knights on the girls team and led her team to a similar 24th-place showing.

"They'll be back next year," she said of her teammates, "but I'm moving. I'm happy we did good this year."

"We really trained hard to be able to be here this year," added freshman Halle Miller, close behind Noel in Saturday's results. "Hopefully we'll be back every year."

Earning all-state honors was Terre Haute South's Cael Light, who finished 21st after coming in 26th — one spot away from all-state status — a year earlier.

Light will return to the Braves next season and so will his teammate Matt Gambill. Gambill's time wasn't his best of the season Saturday, but his excuse is pretty good — he was reportedly diagnosed with pneumonia on Friday but competed hard anyway.

Running the Gibson course for the last time as high school runners were a pair of friendly competitors who have seen plenty of the course — and each other — the past four years.

"I'm happy [about how I did] but I'm sad that it's over," said South's Lily Barton, who finished in a time of 20 minutes and 24 seconds. "It was fun while it lasted, but I'm ready to take a break."

Barton had hoped to do a little better than that, she added, but "I had Box 43 [starting at the far right-hand side of the course] and it was tough getting out."

Shakamak's Jacy Collins was also sad about the end of her high school career, she said.

"I came into it having a goal to break 20 [minutes]," said Collins, who finished a few strides behind Barton, "but I had a really bad side stitch for some reason. But I'm glad I'm here and had a chance to be in the state meet again."

The top-ranked Fort Wayne schools coming into the meet held up their end nicely, Concordia winning the boys competition and Carroll repeating as girls champion with Zionsville second; Carroll was second in the state for three years in a row before winning the last two, and Zionsville was first two years ago and second last year.