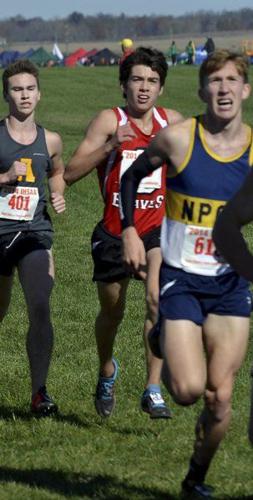 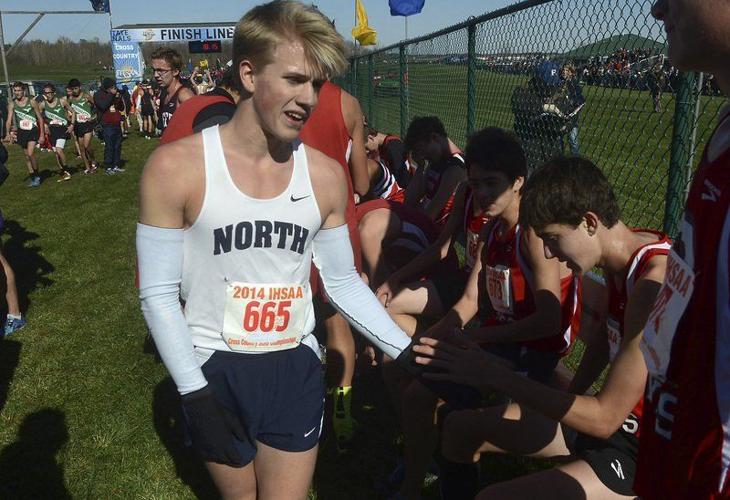 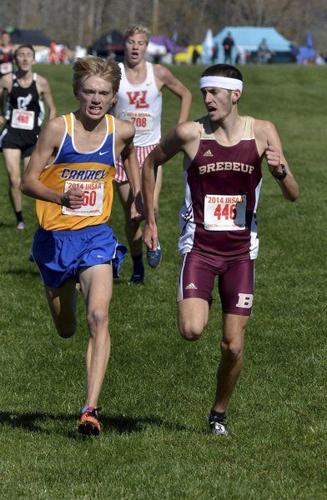 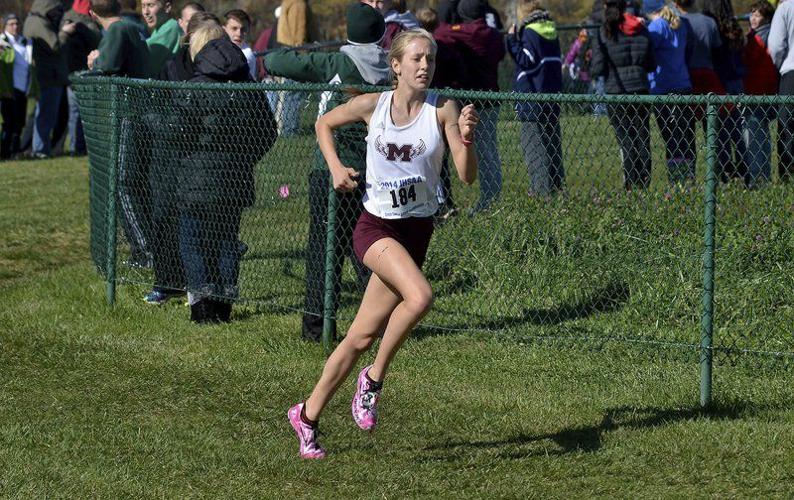 Tribune-Star/Joseph C. GarzaThey never caught her: Mishawaka’s Anna Rohrer rounds one of the turns on the Gibson Championship course on Saturday far ahead of her nearest competitors on her way to winning the girls state cross country championship final.

Tribune-Star/Joseph C. GarzaThey never caught her: Mishawaka’s Anna Rohrer rounds one of the turns on the Gibson Championship course on Saturday far ahead of her nearest competitors on her way to winning the girls state cross country championship final.

Cross country runners are different than you or me.

That fact was borne out again Saturday at the LaVern Gibson Championship Course when Terre Haute South's Spencer Danielson and Terre Haute North's Peter Davis were asked about the conditions, which included mid-40s temperatures that were probably the coldest they'd run in all season, plus a gusting wind out of the north — the direction is important — at perhaps 20 miles per hour.

"Perfect," said the enthusiastic Danielson after being congratulated for his 12th-place finish in the boys high school state finals by fans in winter coats, hats, gloves and/or blankets. "It made the course very fast."

"The conditions were absolutely phenomenal," added Davis, who led the Patriots to a 23rd-place finish by placing 68th individually. "A really fast day."

That speed produced two outstanding state championship races, with Mishawaka's Anna Rohrer breaking her own course record set two years ago in the girls race and Carmel's Ben Veatch leaning past Brebeuf's Zack Snider for the win in the boys race.

Danielson's all-state showing that helped propel his Braves to 13th place in the team standings was the highlight for Vigo County teams, with North's girls placing 21st. Bloomfield's Alli Workman was 44th individually in the girls race and Northview's Cam Trout was 97th in the boys race.

Danielson followed his usual strategy of biding his time and overtaking other runners near the end of the race, which is one reason he was so fond of Saturday's weather.

"I was getting kind of nervous going into the last [kilometer]," he said after the race. "I was on the 25 mark for all-state, and I wanted to be in the top 10. So that sparked something in me."

Normally the prevailing southwest wind at the Gibson course would have been in his face at this point, but on Saturday he had the benefit of a nice tailwind.

"Typically I'm a second-half-of-the-race kind of guy, so I knew I had a shot [at moving up in the last kilometer]," Danielson said. "[The wind] was perfect for my race. ... It was fun, but it definitely was a tough one."

Fun was how Davis could have described his race too — his only state-finals trip after missing an opportunity in 2013 because of a bout with pneumonia that sidelined him on his way there.

"I got [a time of] about 16:20. I'm satisfied with what I did," said Davis, who noted that he'd employed a slightly different strategy on Saturday. "It was a meet like I've never run before. No place comes easy ... I really loved running in it."

First place certainly didn't come easy, as fans were treated to a cross country rarity in Saturday's boys race — a photo finish, with both Veatch and Snider clocked in identical times. Two more runners, West Lafayette's Cooper Williams and Columbus North's Seth Williams, were within five seconds of the leaders.

The girls race was fast too, but hardly a photo finish. Rohrer, a gifted but fragile talent who had been unable to defend her 2012 championship as a junior last year and who limited her racing — but not her training — as a senior, was ready to go on Saturday.

She separated herself from the pack early, then widened her lead with ferocious charges on the uphill portions of the Gibson course. Her margin of victory was more than 40 seconds, with Avon's Taylor Nicholson winning the race for second place.

Teamwise, the Carmel girls won their fifth consecutive title, putting all five of their scoring runners in the top 16 of the places for team scoring, with Avon finishing second.

Veatch was unable to lift Carmel's boys to a third straight championship, however, the Greyhounds nipped by a West Lafayette team that put its third, fourth and fifth runners ahead of the corresponding Carmel competitors. Munster was a close third, and the Columbus North teams that ruled Conference Indiana both placed fifth.

"We're pretty happy with that," coach Josh Lee said after the race. "It's ahead of where we were predicted, but we had a goal that was a little higher. The guys went out and raced hard among the best competition in the state."

Lee was particularly happy about the Braves who scored in addition to Danielson.

"We got a really great run from a sophomore, Griffin Barger," he said. "There were two more sophomores behind him, Jayce Farnsworth and Ryan Hannaford, and we had a freshman [Carson Kline] get some great experience at No. 5."

North's boys hadn't been at all sure they'd even reach the state finals, so Saturday's performance was gravy.

"Peter [Davis] had a pretty good day, and Joe Mascari broke 17 minutes for the first time, which is pretty impressive on this course," coach Tom Dever said. "This was their first time at the state, so there were probably some nerves. But this was good experience for the guys, and we had a really good, successful season."

North's girls had nearly a photo finish of their own between Devon Zeck and Lindsay Welker for team honors — Zeck won by four tenths of a second — but neither was close enough to the leaders to pull the Patriots higher.

"We finished pretty much where we thought we would be at the start of the season," coach Mike Urban said. "We were ranked 19th in preseason, and I thought that was a little amibitious. The girls really came along well during the season, so we knew we could be here and be competitive."