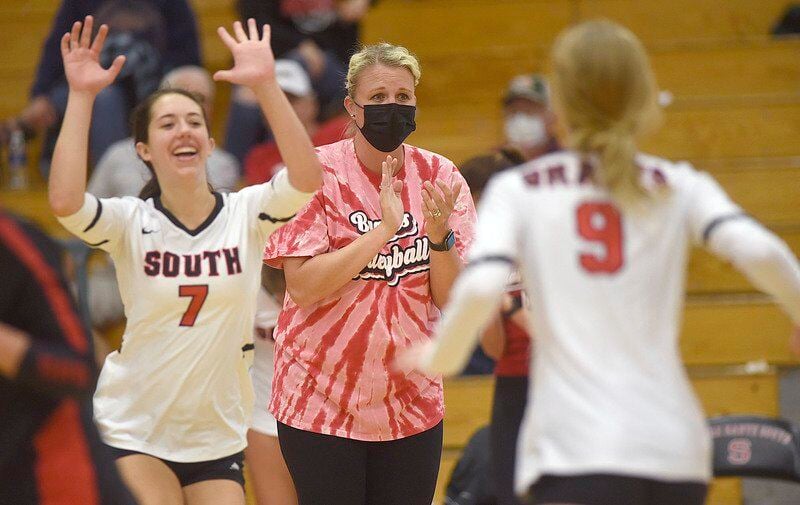 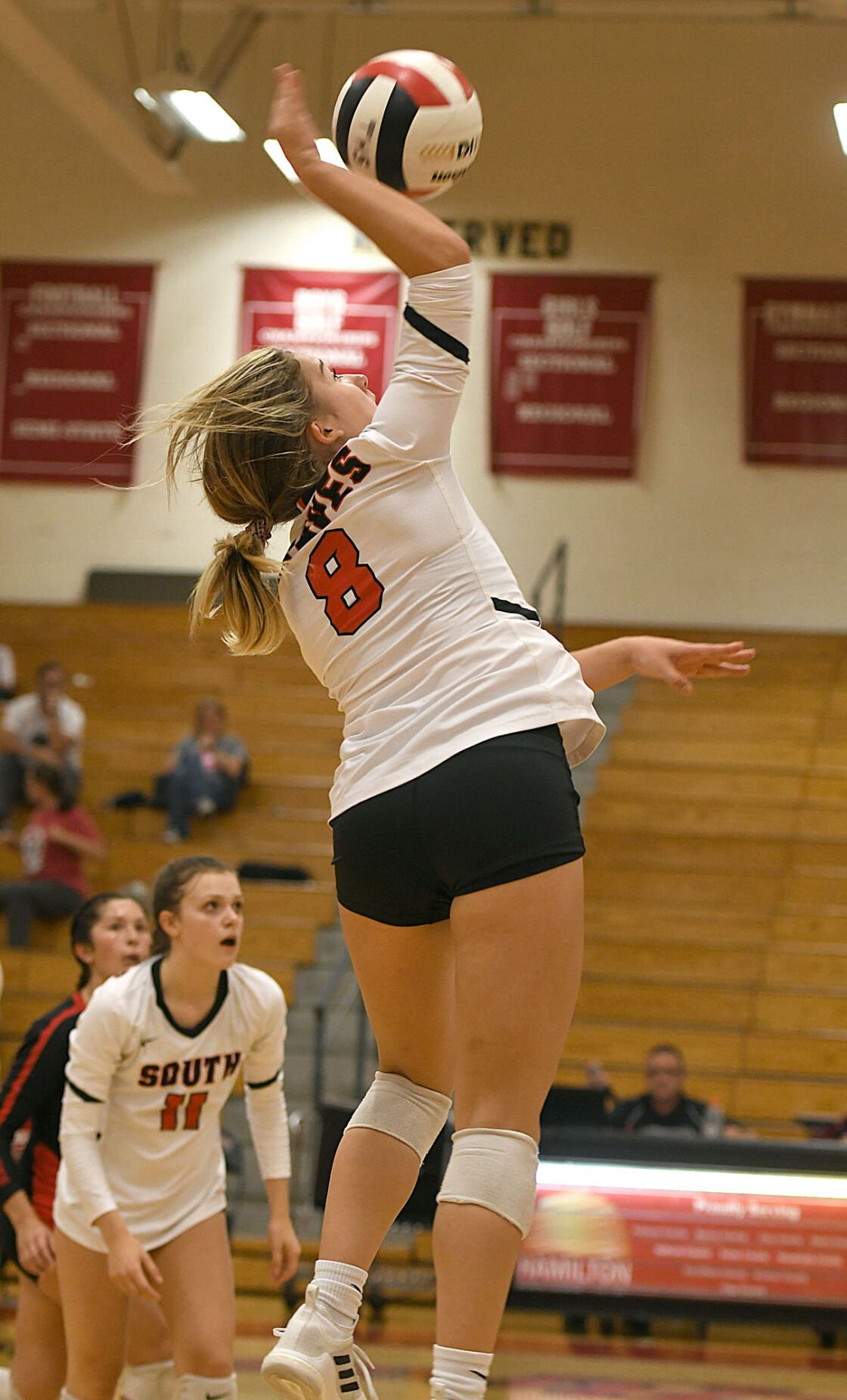 It's not coming back: Terre Haute South's Reagan Ealy scores on a kill during the Braves' win over Plainfield on Thursday at South.

It's not coming back: Terre Haute South's Reagan Ealy scores on a kill during the Braves' win over Plainfield on Thursday at South.

If there were any ill effects among Terre Haute South’s volleyball players from a bizarre change in regime on the coaching staff, there was no evidence of that on Thursday at South.

There were smiles all-around. The Braves cheered each and gave a big cheer to interim coach Madison Minnick when she was introduced before the game. The Braves then dispatched Plainfield 3-1 and gathered and celebrated together in a circle around Minnick after the win.

It was a good showing that improved the Braves to 19-2 for the season against a Plainfield team that had beaten one of the teams South lost to — Perry Meridian — in the same tournament in which the Braves fell to the Falcons.

While the Braves continued to be a crystal clear postseason threat, there is no more clarity on the exit of Libbi Fougerousse from the head coaching position.

Bill Riley, VCSC director of communications for the school corporation, said this about Fougerousse on Thursday afternoon:

“She has not been fired. She remains an employee of the Vigo County School Corporation as a lay coach. There has been no termination process started.”

Earlier on Thursday, VCSC announced that Minnick, a former Braves player and coach from 2011-13, would take over as interim coach for the rest of the season.

Minnick played at South and graduated in 2005. She played at Indiana State and Oakland City after high school and was a second-team All-American for the Oaks.

As for the match, South used dominant starts in the three sets it won to get past the pesky Quakers.

In Set 1, South took a 5-0 lead behind the serving of Claire Burbrink. The five-point lead the Braves built vacciliated between a two and six-point lead the rest of the way, but thanks to eight kills in the set by South’s powerful outside hitter Courtney Jones, South won 25-18.

South took a 9-2 lead in Set 2, only to have the Quakers fight back to tie the set at 17. Three consecutive errors by the Quakers gave the Braves a small margin to take a 20-17 lead they would not relinquish for the remainder of the set. Jones had six more kills during the set as well as a block and a service ace.

South’s hitting was good throughout the match, but so was Plainfield’s defense, and Quakers’ libero Rylee Scott did a good job negating South’s attack in the third set. South also had 13 errors and Plainfield stayed alive with a 25-18 win.

South cut way down on its errors in the decisive fourth set, committing one violation and one hitting error. Jones was dominant from jump with five kills in South’s first six points in a 6-0 surge. South later had the highlight of the match. On an out-of-bounds deflected hit, South tracked it down and libero Emma Hopper’s volley was perfectly placed away from the Quaker defense. South would win 25-15.

South has six matches plus one tournament remaining in its season before sectional play begins in mid-October — starting with the Brebeuf Invitational on Saturday. The Braves are unbeaten in Conference Indiana play, suffering its only two losses to Perry Meridian and Trinity Lutheran in tournaments.

Next — TH South (19-2) plays Saturday in the Brebeuf Invitational.