Megan Stone hit her third home run of the weekend and Taylor Lockwood pitched her third game of the weekend as Indiana State completed a three-game Missouri Valley Conference softball sweep over visiting Evansville by a 7-4 score Sunday at Price Field.

It was ISU’s first MVC series sweep since 2009 and just the third in school history.

Lockwood came on in relief and retired the first 11 batters she faced after the Aces, who scored just one run in Saturday’s doubleheader, built a 3-0 lead in the top of the second inning.

The Sycamores got one run back in the third when Ashley Dickerson was hit by a pitch and scored on a single by Aubre Carpenter. ISU tied the game in the fourth on a hit by Kelsey Montgomery, an RBI double by Brooke Riemenschneider and an RBI single by Abby Klopp.

Erika Crissman’s double and Stone’s homer gave ISU the lead in the fifth and Klopp came on in relief in the top of the sixth and escaped a bases-loaded, no-out situation while allowing just one run. ISU then scored its final two runs in the bottom of the inning.

• Engineers split — At Louisville, Ky., Rose-Hulman scored twice in its last at-bat to earn a 5-4 victory in the nightcap and earn a split of one-run softball games at Spalding on Sunday. The host Golden Eagles won the opener 1-0 behind a pitching gem.

Janel Lake had the biggest hit of the day to snap a 4-4 tie with a single to score Carly Heibel with the game-winning run. Jenny Miller and Heibel started the seventh-inning rally with back-to-back doubles to tie the score.

Miller had four hits including a double in the nightcap and Heibel had three that included a double and two RBI to lead the Rose-Hulman offense. Jessica Ahlborn had two singles.

In the opener, Miller had the lone hit for the Engineers, a double off the outfield wall. She also pitched a complete-game five-hitter with one strikeout.

Rose-Hulman is 15-7 while Spalding has a mark of 9-15. The Engineers return home for a 5 p.m. Tuesday doubleheader against Franklin.

• Pomeroys sweep — At Saint Mary-of-the-Woods, the host Pomeroys swept a Senior Day doubleheader Saturday over Lindenwood-Belleville without allowing a run, winning 1-0 and 5-0.

Brooke Jordan pitched the first-game shutout, allowing three hits and striking out six, and fellow senior Shelby Turner scored the only run on an error after a second-inning single. Turner, Marlee Yeager and Becca Latta had the only hits for the home team.

Sarah Burnham pitched a four-hitter in the second game, with Kerri Schrock breaking the tie with a run-scoring fielder’s choice in the fourth inning and Jordan and Kimberly Strattman getting RBI hits in a four-run fifth.

The Pomeroys played Sunday at Brescia.

• Lions have 2-1 weekend — At Paris, Marshall split a pair of Saturday high school games in the Route 1 Showdown, losing 7-2 to Robinson but beating Westville 6-5. Marshall won its first Little Illini Conference game of the season 12-11 over Robinson on Friday.

Robinson got revenge on Saturday despite another homer by Evans and two hits by Scamihorn.

The Lions then improved to 7-5 for the season by beating Westville as winning pitcher Thompson had two singles and a two-run homer and Evans, Chloee Hughes and Morecraft had two hits each. 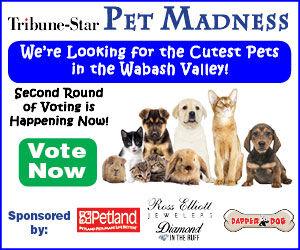