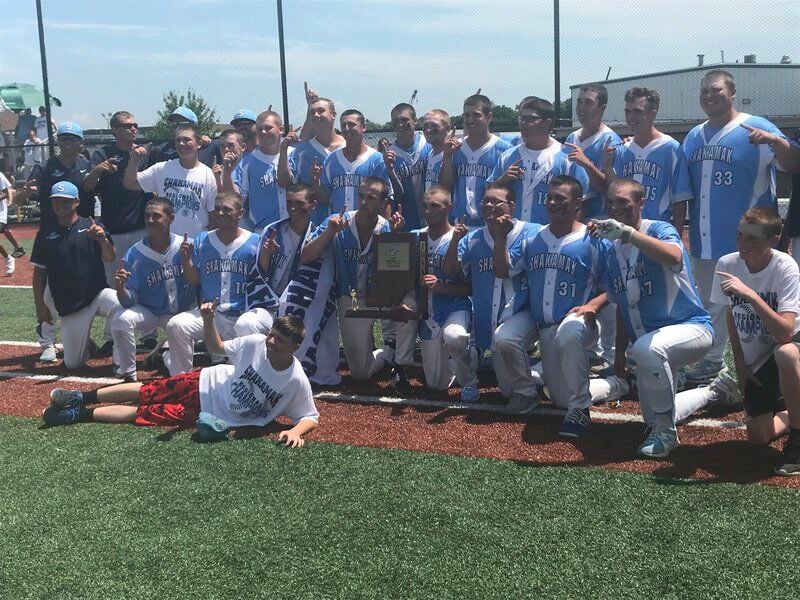 Tribune-Star/Todd GoldenEighth time for the Lakers: Shakamak's baseball team poses with the semistate trophy after the Lakers defeated Borden 11-1 in six innings to claim the Class A Mooresville Semistate on Saturday. 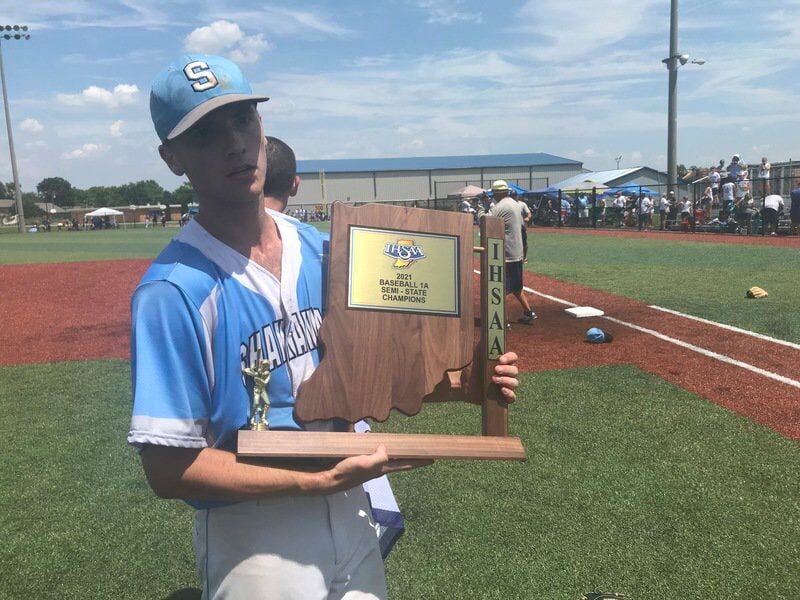 Tribune-Star/Todd GoldenDid his stuff on the mound: Shakamak pitcher Peyton Yeryar poses with the semistate trophy after the Lakers defeated Borden 11-1 in six innings to claim the Class A Mooresville Semistate on Saturday. Yeryar struck out eight Borden batters in five innings. 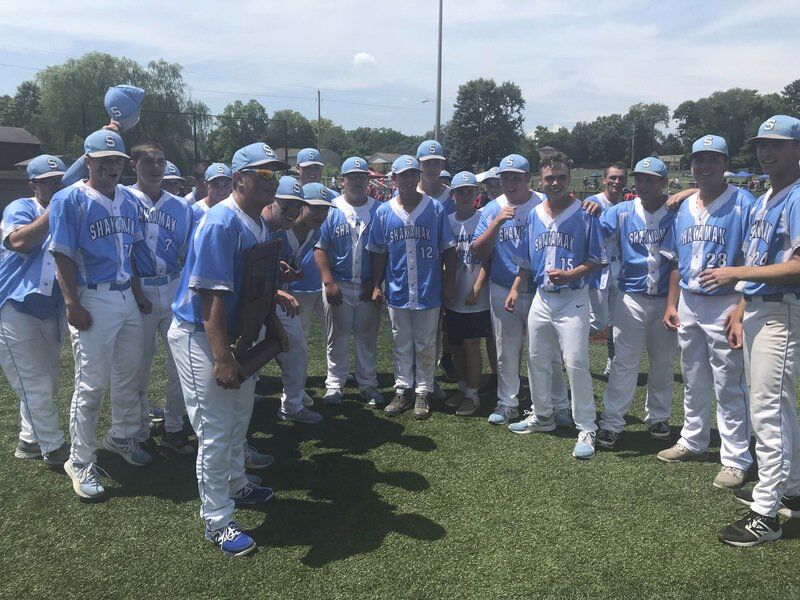 Tribune-Star/Todd GoldenPile on: The Shakamak baseball team waits for coach Jeremy Yeryar (off camera) to jump into a celebratory pile after the Lakers defeated Borden 11-1 in six innings to claim the Class A Mooresville Semistate on Saturday.

Entering Saturday's Class A Mooresville Semistate, Shakamak had won 13 regional titles and had seven semistate titles in its trophy case. Borden was appearing in its first-ever semistate.

Legacy doesn't always mean anything in a given year and in one given game, but the Lakers certainly looked a lot more comfortable on this stage than the Braves did.

It also showed in the final score. Shakamak earned an easy 11-1 victory in six innings to claim its eighth semistate crown in school history.

For Shakamak, this is another jewel for a program that has been one of the area's best for years. However, this is a different group of Lakers who had never made it this far in their own right. So how were they so calm in their biggest moment?

That's where the Lakers legacy comes into play. Many of these players had older brothers, cousins or friends who did exactly what this new group of Lakers' baseball standouts did.

"I'd say about 50 to 60% of us have a relative who has played at Victory Field," Shakamak pitcher Peyton Yeryar said. "It's unreal. I sat in the bleachers and saw my brothers win regionals and semistates and I said to myself that I wanted to do it. Here we are."

Jeremy Yeryar, Shakamak's coach, and yet another product of the Lakers' lineage of baseball success, said this is a continuation of that tradition and an embodiment of the love the players feel for the program and for themselves.

"It's the same program those brothers and cousins played under back in the day. I was a player and an assistant under Chip Sweet [former Shakamak coach]. Our kids buy into it and believe in one another. It's a family," Coach Yeryar said. "We've used the word love a lot lately and I believe every one of them means it when they say it. The sky's the limit for kids like this."

With one exception, Shakamak didn't have a plethora of standouts at the plate, but almost everyone who came to the plate for the Lakers contributed something. Brevon Fulford was 4-for-4 with two doubles and two RBI. Peyton Yeryar and Oscar Pegg both had multi-hit games and five other Lakers had at least one hit.

"We go to practice every day and hit, hit, hit. You can see we're putting into games what we put into practice. We're seeing the ball well as a team. We're just groovin'," Fulford said.

It's a continuing trend for Shakamak. The Lakers have scored 62 runs in their six postseason games. Bloomfield was the only team to hold the Lakers to a single-digit run total in the tournament.

Jeremy Yeryar was asked how the Lakers have all locked-in so well simultaneously at the dish. He didn't have a definitive answer, but he's certainly not arguing with the end product.

"All I know is they got hot at the right time. You have to enjoy the moment when you're that hot like that because it normally doesn't last long. You just hope it carries us for one more week," Coach Yeryar said.

Shakamak (17-7) wasted no time asserting its dominance. Ethan Burdette led off with a double and scored when Shakamak's No. 2 batter Peyton Yeryar singled Burdette home to open scoring.

Pegg then missed a home run by a foot or two as he doubled off the wall to put two Lakers in scoring position. Brady Yeryar knocked in Peyton Yeryar with a groundout to get the Shakamak ball rolling with a 2-0 lead before Borden (22-7-1) got a chance to breathe a sigh of relief.

Shakamak kept rolling in the second. Fulford, Trevor Ellingsworth and Logan Burris all reached to load the bases with no outs. Burdette knocked in Fulford on a groundout and Ellingsworth came home when Borden's throw to first got away. Peyton Yeryar then knocked in Burris via a fielder's choice to make it 5-0.

With a five-run lead an inning-and-a-half into the game? That was a nice cushion for Shakamak pitcher Peyton Yeryar. The senior scattered three hits over five innings and struck out eight Borden batters.

"The biggest comfort for me as a pitcher is to come out after we scored a couple of runs. It's like, 'all right, I can deal with this.' It certainly helps [to have offensive support]," Peyton Yeryar said.

Shakamak continues to add runs to pad the lead. Two runs scored in the fourth via sacrifice flies by Pegg and Brady Yeryar. Another run came home in the fifth after Fulford led off with a double and scored via an error to make it 8-0. The three runs needed to force the 10-run rule were added in the sixth via a RBI single by Brady Yeryar and a two-run double by Fulford.

Shakamak will play Washington Township (26-7) on Monday, June 21 or Tuesday, June 22 at Victory Field. The Senators defeated Cowan 3-0 in the Class A LaPorte Semistate.

Next - Shakamak (17-7) will play Washington Township in the Class A state championship game on Monday, June 21 or Tuesday, June 22 at Victory Field. Borden finished its season with a 22-7-1 record.