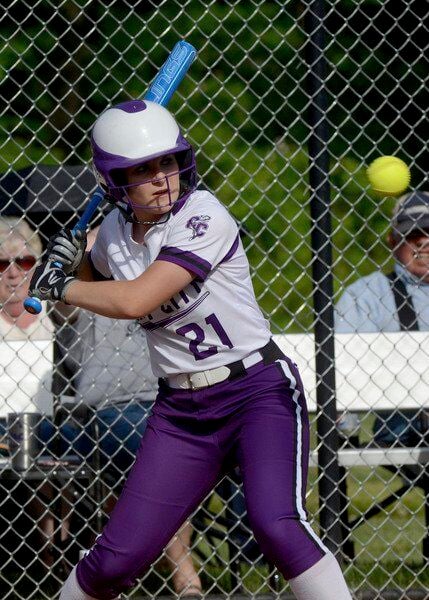 Patience at the plate: Clay City senior Hailey Hoffman passes on a pitch against host West Vigo on May 21. 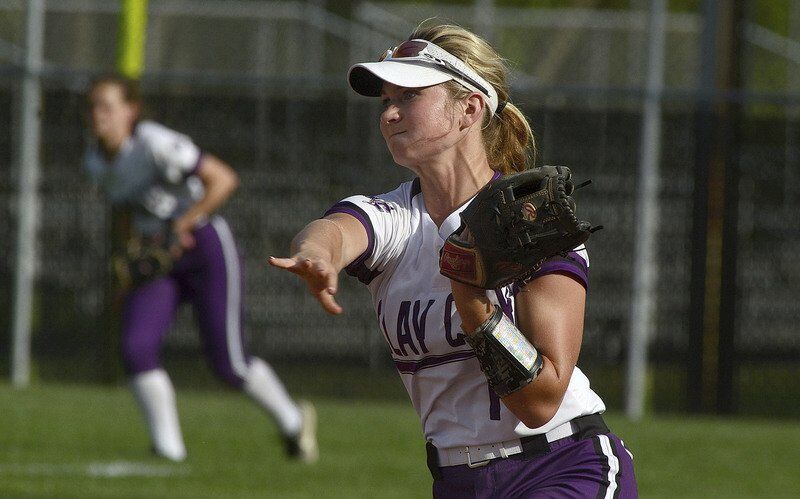 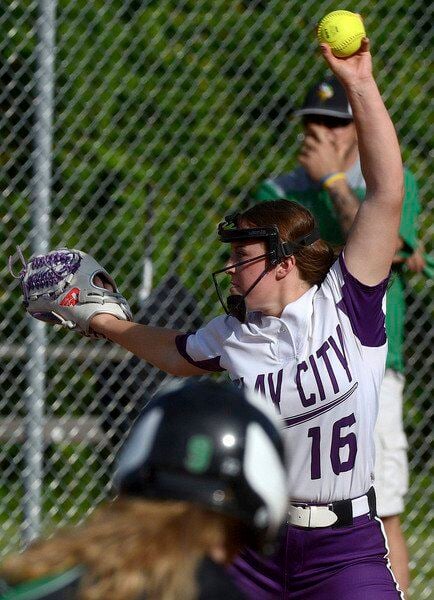 Patience at the plate: Clay City senior Hailey Hoffman passes on a pitch against host West Vigo on May 21.

The No. 7-ranked Eels' softball team (22-6) will gladly accept that distinction, if it can defeat unranked Northfield (19-9) in the Class A state championship game at 5:30 p.m. Friday on Center Grove's field. The Class 3A state title matchup — Guerin Catholic vs. Boonville — will follow at 8 on the same field.

Admission is $12 per person per game. According to the ihsaa.com website, all public ticket sales are digital-only via GoFan.co. No cash or credit-card sales will be made at the gate.

Clay City coach Jason Sinders and his seniors certainly believe a postgame celebration taking place between 7 and 7:45 is a realistic possibility.

“Our girls mesh so well and play together," Sinders told the Tribune-Star. "It’s just a thrill to watch them play."

“Making it to state has been a goal of mine since I started playing high school ball," senior outfielder/pitcher Elyssa Secrest said. "These past couple years, we have had amazing talent, but something about this year felt different. This team is amazing. It’s full of such amazing, hard-working, goal-oriented girls.

"One thing that has really stuck with me throughout this season is a quote from my coach, Jason Sinders, 'play hard and have fun.' This quote reminds me that it’s just another day playing the sport that I love with amazing teammates and coaches. . . . How much better could it get? This weekend, us ladies have reached our goal. We are playing the last and final game we can play of the season. We are going to go into this weekend and play hard and have fun.”

"I’m super excited for the game Friday," senior senior second baseman Charly Koehler added. "We’ve worked really hard all year to make it to this point. We’ve hit the ball well and I don’t see that changing on Friday."

On the other hand, Sinders realizes Northfield isn't expecting to arrive at the field, warm up, lose and drive straight home. The Norsemen, who have never captured a state championship in softball, also would like to do some on-the-field celebrating before Guerin Catholic and Boonville begin their pregame warmups.

"Our opposition is very quick with a couple big hitters," Sinders pointed out. "They're a very good team and on a roll, naturally."

The Norsemen, guided by first-year coach Brandon Baker, lost their regular-season finale to Oak Hill by a 9-7 score May 21 before rattling off six straight victories in the state tournament. They edged 3-2 Cowan — tied for 11th in the final Class A state rankings — in the Frankfort Semistate championship matchup last Saturday.

That same night, Clay City was earning its Class A wings by knocking off Loogootee 7-5 at the North Daviess Semistate. The Eels also lost their regular-season finale May 21 — 6-0 at West Vigo — before winning their next five contests to qualify for Friday's title clash.

"The big thing about our team is that they all hit with power," Sinders emphasized. "Pitching-wise, the postseason has been big for Elyssa Secrest [8-2 with a 1.54 ERA for the whole season] and Sophie Moshos [9-1, 1.66]. We also have a good starting pitcher in [junior] Demi Wolfe [5-3, 4.12], but she's so valuable at first base that we haven’t pitched her."