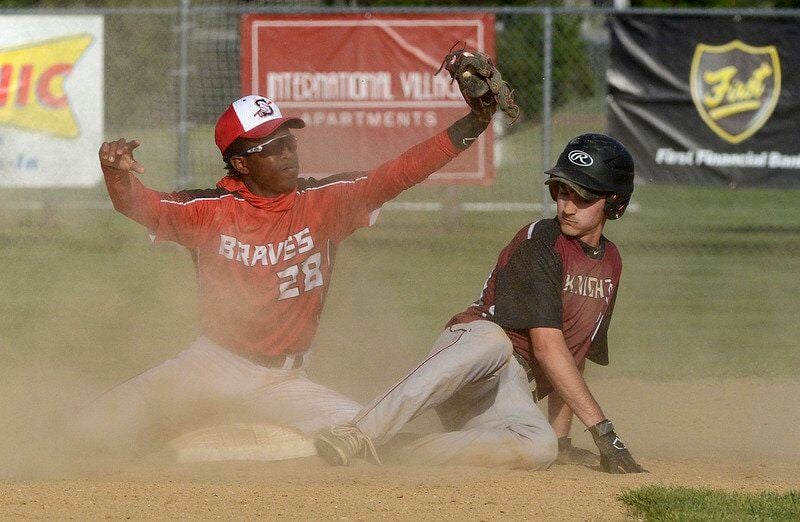 After the dust settled: Terre Haute South’s James Riddle shows the umpire the ball after he tagged out Northview’s Jaxson Abbott at second base Friday at South. 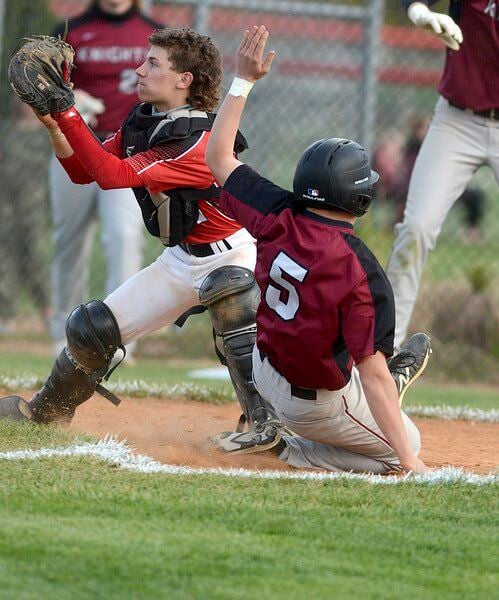 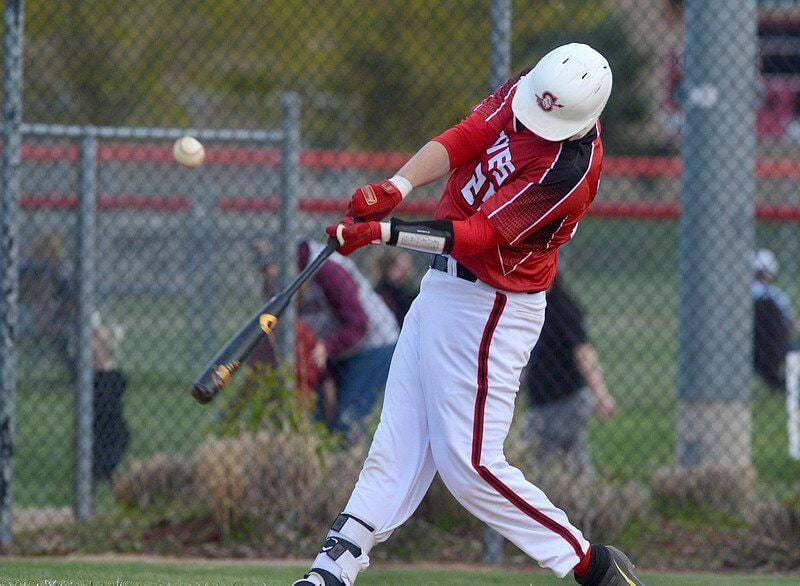 Double duty: Terre Haute South's Jackson McFarland makes contact on a pitch for a double during the host Braves' game against Northview on Friday. 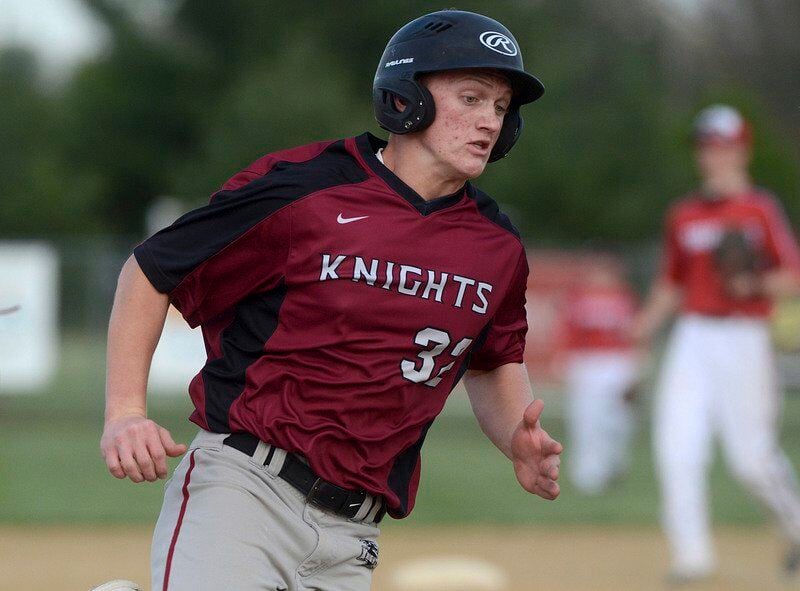 Headed home: Northview's Peyton Lear rounds third base on his way to home plate during the Knights' game against the host Terre Haute South Braves on Friday.

After the dust settled: Terre Haute South’s James Riddle shows the umpire the ball after he tagged out Northview’s Jaxson Abbott at second base Friday at South.

Double duty: Terre Haute South's Jackson McFarland makes contact on a pitch for a double during the host Braves' game against Northview on Friday.

Headed home: Northview's Peyton Lear rounds third base on his way to home plate during the Knights' game against the host Terre Haute South Braves on Friday.

Baseball is often predicated on switching it up for the opposition. In Terre Haute South’s case? Relief pitcher Kylan Norman gave the Braves exactly what they needed.

South started Caleb Stultz, who can put some zip on his pitches, but Norman worked the plate, usually low and away, and with off-speed stuff.

Northview, which charged out of the gate, never fully adjusted to Norman’s change-up, and the Knights put themselves in a position to be caught up by the Braves.

Down three in the third inning, South rallied to tie the game to force extra innings. In the bottom of the eighth, South’s Kaden Kline scored the winning run off of a wild pitch on a third strike to give the Braves a dramatic 6-5 triumph.

“He was shaky in his first inning, he walked the first two guys, but Kylan did a great job. His curveball and change-up was awesome,” South coach Kyle Kraemer said. “We wanted to see Kylan get through a lineup the second time. Today, he did a really good job of mixing his pitches. It was very encouraging and promising for him.”

Norman pitched five innings of relief for the Braves. After walking his first two batters, both Knights scored, he would give up nothing else. Norman allowed only three hits and struck out four. He also induced a key 6-4-3 double play in the top of the seventh, the only inning besides his first where Norman allowed a runner to get to second base.

“I didn’t feel on, exactly, when I went out there, but I made it happen,” Norman said. “I kept working on it and working on it. The first two batters got walked, but I finally got a strikeout, I got some outs. I kept it low, but sometimes high to get some pop-outs. I made it work,” Norman said.

Northview’s Landon Carr also pitched well in relief, striking out five in 3 1/3 innings of work and getting himself out of multiple jams, but he was victimized by Northview miscues.

“You can’t live in jam situations. You can’t live with guys on second and third and the infield in every inning. At one point? Something’s going to break. We didn’t play our best baseball game and Terre Haute South fought tooth-and-nail,” Northview coach Craig Trout said.

Northview (5-1) certainly started in a positive way. Carr and Gavin Morris reached base with two outs to give designated hitter Dylan Zentko a chance to make South pay. He did, with a three-run home run to left to stake the Knights to a 3-0 lead.

South answered in its half of the first as Kline scored on a wild pitch – the Braves would score four of their six runs from wild pitches or errors.

Still, Northview seemed set at the plate with a 5-2 lead in the middle of the fourth, but the Knights would not score again after Norman walked his first two batters in the fourth.

“Mainly, it was the change-up that was working for me. That was the go-to,” Norman said.

South chipped away. In the fifth, the Braves scored two runs via a Stultz double and an error. The Braves tied the game in the bottom of the sixth as Jacob Rutledge was hit by a pitch, advanced via a sacrifice and then scored on a throwing error.

In the eighth, the breakthrough came. Kline led off with a single and he advanced to third on a throwing error. With runners at second and third with one out, Carr struck out Max Scamihorn, but the pitch in the dirt got past Northview catcher Chase Aten. Kline scored from third to end the contest.