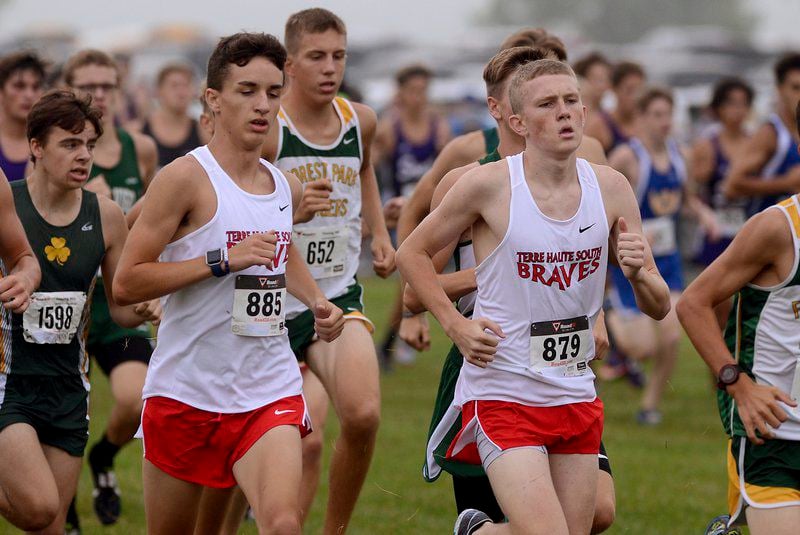 In the thick of things: Terre Haute South’s Cael Light (885) and Matt Gambill (879) run near the front of the pack after the start of the boys race Aug. 11 for the Valley Cross Country Kickoff at the LaVern Gibson Championship Course. 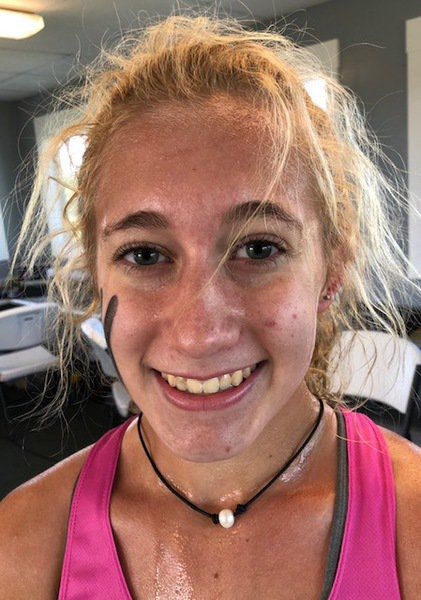 In the thick of things: Terre Haute South’s Cael Light (885) and Matt Gambill (879) run near the front of the pack after the start of the boys race Aug. 11 for the Valley Cross Country Kickoff at the LaVern Gibson Championship Course.

The Northview boys and girls teams, plus an assortment of individuals, will represent the Wabash Valley on Saturday in the IHSAA state finals for cross country at the LaVern Gibson Championship Course in eastern Vigo County.

The boys race will begin at 1 p.m., with the girls to follow at 1:45. This is the 16th consecutive year that the state finals will have taken place at the Gibson course. Admission is $10 per spectator.

"Everyone is ready for it," emphasized Northview girls coach Conor Strain, whose squad finished fourth behind Columbus North, Bloomington North and Floyd Central in the Brown County Semistate last Saturday.

"I’m sure we’re one of the younger teams in the race with five freshmen, one sophomore and one junior, but I don’t doubt for a second that when it’s time to race, the girls will be better prepared than most.

“I think we’re the healthiest we’ve been since midseason, so it should be exciting this weekend."

"I'm really excited that I qualified for state for the third time," Barton mentioned. "I wish my teammates were here with me, but I’m looking forward to representing South one more time. But I’m sad it’s almost over. Hoping to get a season PR [personal record] at Lavern."

“Like the team, I’m really excited to be competing in the state finals," Northview boys coach James Grounds told the Tribune-Star.

"This is the first time since 2001 that a Northview boys team has been to state. These kids have helped turn around a program that hasn’t had much success lately and are great examples for the youth in our community. Our main goal is to get out and compete well. We feel like LaVern is a home course to us as we are so familiar with it. We’ll hope to knock off a few teams ranked ahead of us and also just enjoy the result of a lot of hard work to get there.”

"We’ve had a great season and we’ve been training all year for Nov. 2," Light said. "We have been preforming very well in the postseason and hopefully the momentum we have coming out of semistate will propel us to a podium finish. We have trusted in our coaching all year long and as you can see it has paid off."

"Cael and I, along with the rest of the team, have trained really hard to be where we are right now," Gambill added. "The workouts we’ve done thus far have certainly not been easy, but having a great group of guys like South does helps tremendously. Cael and I are both looking for podium finishes on Saturday, and with smart races from the two of us, I believe it’s completely doable. We’ve put in mileage every day for the past six months and this weekend I think that work is going to pay off."