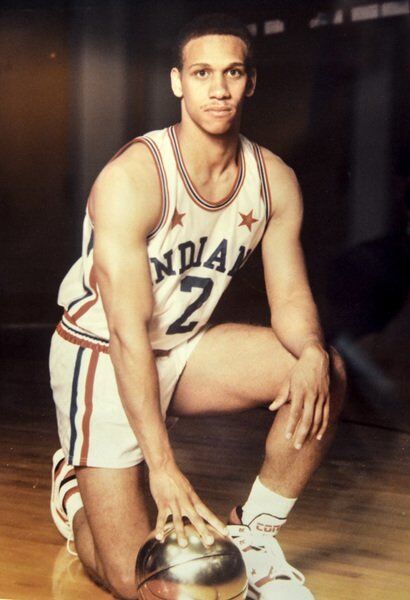 Indiana All-Star: Northview’s Kenny Rowan, shown here in 1989, is well remembered for being dominant on the basketball court. 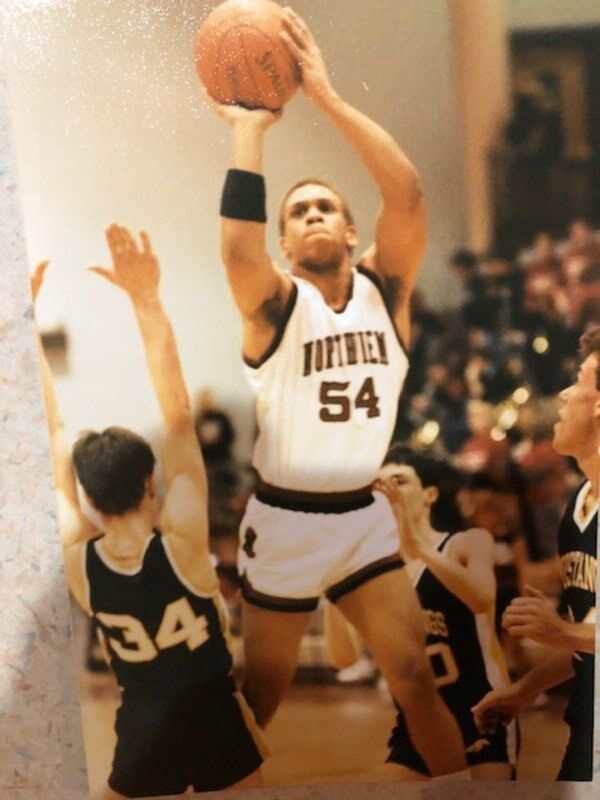 Hard to stop: Then-Northview senior Kenny Rowan pulls up for a jumper during the 1988-89 season.

Indiana All-Star: Northview’s Kenny Rowan, shown here in 1989, is well remembered for being dominant on the basketball court.

Hard to stop: Then-Northview senior Kenny Rowan pulls up for a jumper during the 1988-89 season.

Even though he never played football — and everyone in the Brazil area hoped he would — multi-sport standout Kenny Rowan has been named the Tribune-Star’s Best Remembered Male Athlete in Northview High School history.

The award will probably be his second-most memorable experience from this week because he celebrated his 50th birthday Wednesday.

A 1989 graduate who played on the Indiana All-Star basketball team as a senior and a four-year starter who remains Northview’s all-time leading scorer with 2,138 points, Rowan also ran track as a senior and set the school record in the 200-meter dash at 22.60 seconds (since tied by Broc Miller in 2007).

“It was a great experience at Northview and I had a lot of fun, a lot of memorable games,” Rowan told the Tribune-Star. “I loved playing against West Vigo and teams of that nature. So it was a great time.”

Logan Whitman and Brady Shoemaker also were in strong consideration for the newspaper’s award that ultimately went to Rowan.

Through his teenage years, the 6-foot-5 Rowan used a dedicated weight-training routine to transform from a skinny freshman to a muscular senior.

“It wasn’t really popular in the '80s for high school basketball players to spend so much time lifting weights,” admitted Rowan, who got serious about doing bench presses and squats between his freshman and sophomore years. “They wanted you taller and lankier and things like that.

“But I wanted to be both. I wanted to be strong with it, but also have the finesse that you need in basketball. So when I came back for my sophomore year, I was a lot stronger and I could take a lot more hits ... and maybe give out a little more punishment than I took.”

Rowan alternated his weight-training workouts between Northview, the Clay County YMCA and a simple home gym created by his father Will, a former South Putnam High School standout.

Rowan’s increased power really started to pay off as a junior. That’s when he helped the Knights capture the pre-class South Vermillion Sectional for the 1987-88 season.

In the late 1980s, Terre Haute South started future NFL tight end Tony McGee as a frontliner on its basketball team. So by their final two years in high school, the McGee-Rowan hardwood clashes became epic because McGee was one of the few Wabash Valley players who could match Rowan in strength.

“Terre Haute South was always the enemy back then,” Rowan said with a chuckle. “We knew it was always going to be a good battle and it was a lot of fun.”

Now it’s time to address the elephant in the room: Why didn’t the powerfully built Rowan ever play football at Northview?

Well, he wanted to focus on basketball and earn an athletic scholarship in that sport at an NCAA Division I university, which he did at Indiana State, yet he still found time to run track as a high school senior.

So, again, why no football?

“I had a one-track mind [no pun intended],” reflected Rowan, who said running track didn’t take away from his focus on basketball.

Northview’s football coach at the time, Jerry Anderson, did drop a few hints to Rowan, who weighed about 220 pounds as a senior, that he would be welcome on Anderson’s team.

“He didn’t pressure me or anything like that,” Rowan reflected.

His dedication to basketball paid off when he received a full-ride scholarship from ISU, but the transition to college became a bit confusing for a while.

“I was recruited by [then-coach] Ron Greene,” Rowan said. “But coach Greene was let go at that point and they brought in Tates Locke [as Greene’s replacement].”

Rowan decided not to let the coaching change affect his commitment to ISU and he started playing as a freshman in 1989-90. He already was familiar with Hulman Center because he had played there as a Northview junior.

But five games into his freshman season, playing against Ball State, Rowan tore an anterior crucial ligament (ACL). Because of how early in the season his knee injury occurred, he was allowed to redshirt and begin his freshman season over in 1990-91.

But things just weren’t the same.

“It didn’t recover the way I had hoped it would recover,” Rowan acknowledged. “What was so disappointing was the fact that it just wouldn’t react [to treatments]. ... After practices, it would still swell. That was my main problem. It would actually swell up and I would have to ice it and try to get it down.

“Sometimes it would be sore, even though I’d ice it. So we’d come back the next day [for another practice] and it would still be pretty sore. It was just a battle back and forth.”

After his five-game redshirt season, Rowan went on to play two more seasons at ISU. Because of the persistent knee problems, he chose to sit out the '92-93 campaign, but Locke allowed him to be a team helper so he could keep his scholarship.

Rowan ended up playing a total of 42 games at ISU, averaging 4.3 points and 2.9 rebounds per outing.

“[Locke] was very gracious to me and helped me and allowed me to be able to graduate,” mentioned Rowan, who received his bachelor’s degree in criminology in 1993.

Rowan landed employment with the Indiana State Police as a trooper in 1995. He remained in that position for roughly 10 years.

Then he became director of enforcement for the Indiana Gaming Commission (IGC), which oversees the state’s casinos. Now he’s in the intelligence division of the IGC.

After being away from the Wabash Valley for a while, Rowan has been living in Brazil again since 2006 with his wife, Amy. They have two children — Mikayla, a former Northview girls basketball standout who later played at Southern Indiana and now an aspiring model through a Los Angeles agency, and Kennedy, a junior-to-be majoring in physical therapy at Indiana State.

“Mikayla did a great job [of playing basketball] at Northview,” her proud father stressed. “I always thought she had a better skill set than I had because she could handle the ball really well, she could shoot from outside, she could drive and she could play inside.

“And she was much better with her left hand than I was.”