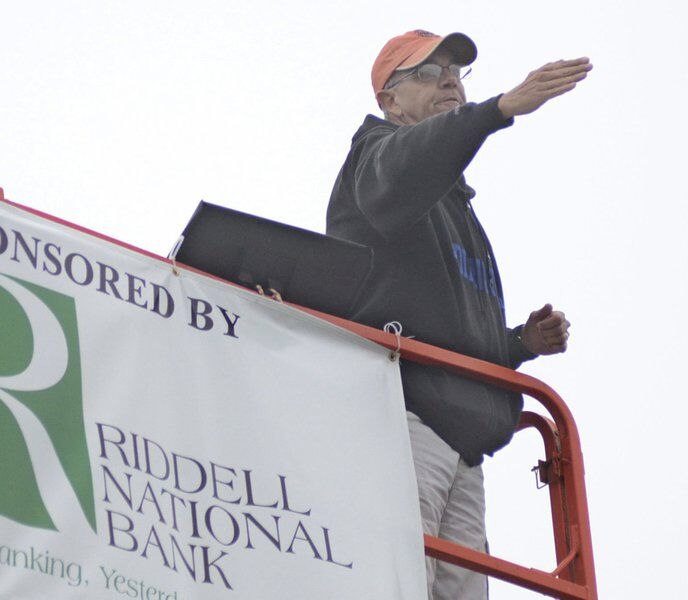 In action: Bob Medworth, shown here in 2011, directs the Northview Marching Knights during a rehearsal in the high school parking lot. 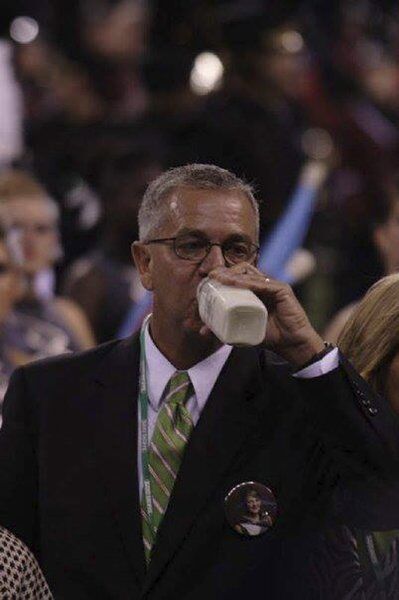 In action: Bob Medworth, shown here in 2011, directs the Northview Marching Knights during a rehearsal in the high school parking lot.

Good team with a realistic chance of advancing far in the state tournament?

Up-and-down team with a chance of advancing far if it pulls off an upset or two?

“Rebuilding team” whose players will still smile for the yearbook photo despite posting a number of wins you could count on one hand?

Regardless of the yearly situations for Northview High School’s basketball and football squads over the past four decades — except for the coronavirus pandemic, which is an entirely different situation — there has been one constant at their home games.

Spectacular musical entertainment during breaks in the action.

A large part of that can be attributed to Bob Medworth, who transitioned from Brazil High School’s band director to Northview’s when it became part of a three-school consolidation in the late summer of 1984. He remained in that position until he retired in May 2018.

In addition to one Class C state championship that Medworth guided Brazil to in 1981, he helped the Knights earn nine Class B state titles in marching band, starting with the first in 1991. The latest occurred in 2016.

Medworth had a feeling Northview’s consolidated band would be something special when it won the grand championship trophy for a big parade in St. Louis in 1984. It was the Knights’ first performance after blending together music-minded students from the old Brazil, Staunton and Van Buren high schools.

“We didn’t have any [school-provided] uniforms,” Medworth recalled. “The parents actually made the uniforms.

“I don’t know if you can say this anymore, but they set up a ‘sweat shop’ in Brazil High School in a non-air-conditioned sewing room and they worked the whole month of June and made the uniforms. And we went to that parade on the Third of July and won first place.”

Bringing home awards isn’t the only reason that Northview’s band deserves recognition. The Marching Knights enjoy entertaining fans at all home football and boys basketball games and “as many girls basketball games as we can,” Medworth said.

“Once our big Christmas show gets over in the second week of December, then we go to all the girls home games too,” he added.

“We made [performing at athletic events] a priority. My wife [Ruth Ann] was the color guard director and I was the band director ... and we learned at Indiana State [in the 1970s] from those band directors and color guard people over there that one of the main functions of a band is to support school spirit.

Medworth emphasized that one of the band’s goals, especially at basketball games, has been to make every visiting team “hate to come to Northview.”

“If the other team called a timeout, we were going to play so loud that they couldn’t hear themselves,” he continued. “And we wanted the crowd on our side. We got to the point — and I’m not sure when this started — where the band never sits down at basketball or football. The kids stand up. They cheer.

“It got to the point where the [band] kids were making up their own cheers. We made it fun. We encouraged them and it didn’t matter if our team was winning or not winning. We had fun creating school spirit.”

Medworth appreciated the positive feedback that his band received from Northview coaches over the years, but there’s something else he liked even more.

“The biggest compliment of all is when the visiting coach comes over [after a game] and says, ‘I hate you, but man is your band good,’” Medworth mentioned. “... or the principal or the AD [athletic director].”

Even though the Marching Knights do not typically perform at Northview baseball games, Medworth and baseball coach Craig Trout are friends.

So when Trout’s 2016 team was putting the finishing touches on its Class 3A state championship at Indianapolis’ Victory Field, Trout accepted congratulations from a line of supporters near the dugout.

One of the final fans he talked to before preparing for media interviews was Medworth.

“My family and the assistant principal were all seated down the third-base line, five or six rows up” Medworth noted. “We were standing up clapping.

"Everything was winding down and [Trout] shook everybody’s hand. ... He looked at us and yelled, “I just wanted to know what it’s like to be you [Medworth].”

Medworth’s paraphrased response: You got eight more to go, buddy.

“I kidded him a little bit,” Medworth admitted this week.

In addition to his band-directing duties, Medworth coached girls varsity basketball at the school for a few years. But he acknowledged that wasn’t his specialty.

Asked how his love for music developed, Medworth said it started when he was a fifth-grader and his mother took him to see the 1962 movie “The Music Man” in his hometown of Rensselaer.

“I walked out of that [theater] ready to go,” he told the Tribune-Star. “When the guy came in [to school] trying to talk people into being in band a few months later, I don’t think I needed to hear his speech.