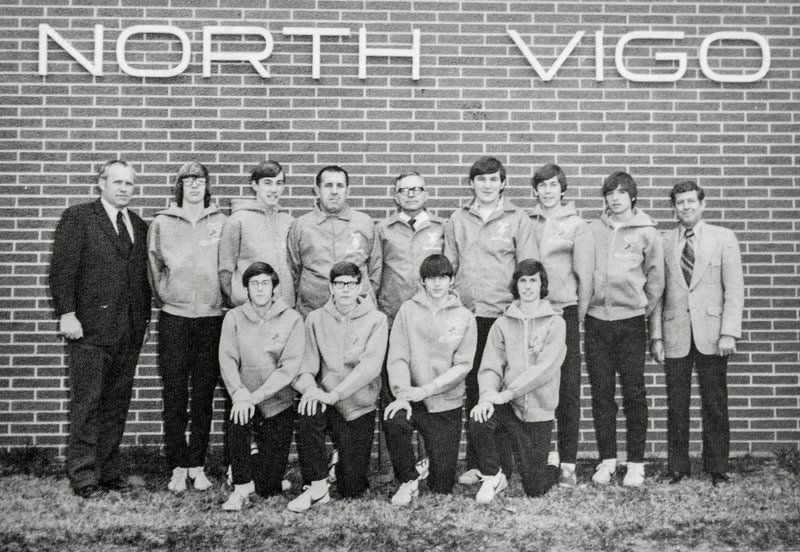 Submitted photoOn their way: Coach Bill Welch (center, back row) and the 1972 Terre Haute North cross country team are ready for their departure to the state championship meet. Principal Carl S. Riddle is at the far right. 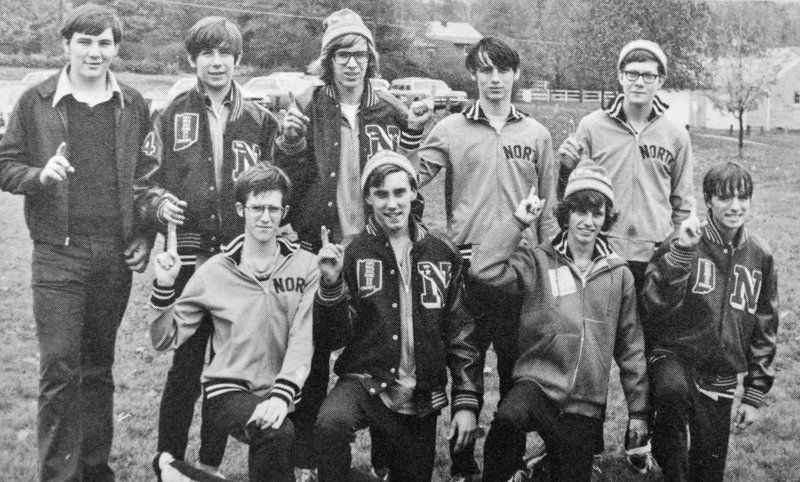 Submitted photoWe've got this: Members of the 1972 Terre Haute North cross country team were confident about the outcome after the conclusion of the state championship meet. 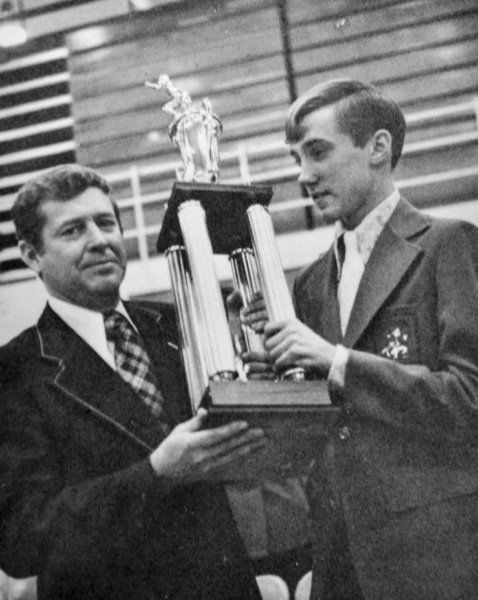 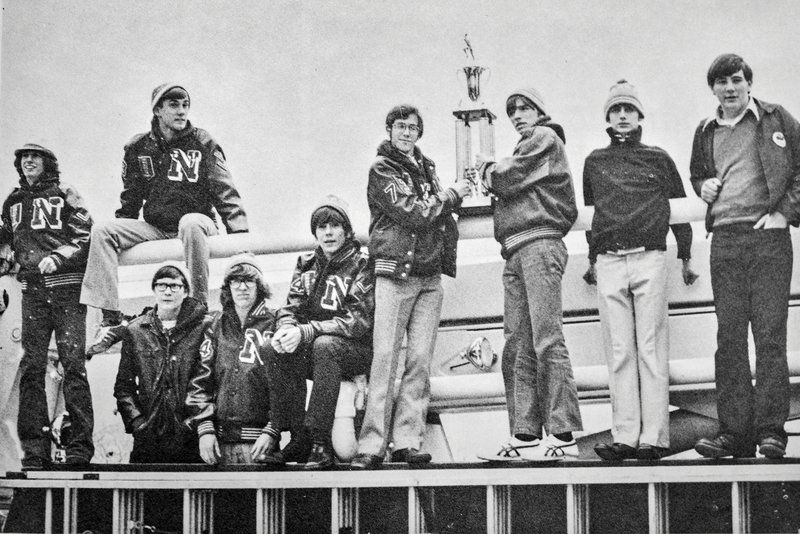 Submitted photoOn their way: Coach Bill Welch (center, back row) and the 1972 Terre Haute North cross country team are ready for their departure to the state championship meet. Principal Carl S. Riddle is at the far right.

Submitted photoWe've got this: Members of the 1972 Terre Haute North cross country team were confident about the outcome after the conclusion of the state championship meet.

But while the 1974 baseball team coached by Don Jennings had one of the most dominant championship-game performances in Indiana history — Jennings' biggest decision was which player to leave available in case of injury after completely clearing his bench that night — the win by coach Bill Welch's cross country team in the fall of 1972 may have made an even bigger impact.

(And yes, those are two legendary coaches.)

For one thing, the cross country title was the first state championship team from a Vigo County school since Wiley won back-to-back wrestling championships in 1922 and 1923 (Wiley was second in boys track in 1957, the closest since then).

For another, the Wabash Valley is a baseball area. Whatever team survived the local regional was a pretty good bet to make some noise at succeeding levels of the tournament; cross country didn't have that tradition.

But Welch's first team in the fall of 1971, the combination of runners from Garfield and Gerstmeyer which was also North's first team, reached the state finals (seventh as a team, with Kenny Phillips 14th individually) and had several runners coming back.

"These guys came in the first fall Terre Haute North started, and they did well the first year," Welch told the Tribune-Star by telephone recently. "We had John Roscoe from Garfield, Kenny Phillips and Jim Cottom from Gerstmeyer, and then we had three kids from Otter Creek — Jeff Claretto, Joe Ofsansky and Jim Rice."

By the fall of 1972, Roscoe had become the No. 1 runner as a senior, with Claretto, Ofsansky, Rice, Cottom, Mark Pitts and sophomore John Reedy filling in the spots behind him.

"They worked all summer, and they became pretty good runners," Welch said.

His was a team of specialists, Welch pointed out.

"None of them were in any other sports [other than track]," the coach said, "but they worked hard. Roscoe and Claretto were the leaders and they did a really good job."

The Bloomington Regional wasn't nearly that close. The Patriots had 25 points, again getting five of the top seven runners, while Crawfordsville was second with 128. Roscoe was the individual winner while Claretto, Reedy, Rice and Ofsansky were fourth through seventh.

North was considered the pre-meet favorite when the state championships were contested at South Grove Golf Course the following week, and the Patriots dethroned defending state champion Southport. Roscoe was seventh and Claretto ninth, with Ofsansky (32nd), Reedy (37th) and Rice (46th) completing the scoring.

The "pretty good runners" Welch talked about went on to win three national junior college individual championships (Roscoe, Claretto and Reedy, all at Southwestern Michigan). Roscoe went on to Kansas, Claretto to Wisconsin, Ofsansky went to Purdue and even a Patriot who didn't make the team's top seven, Mark Ingle, went on to compete at Earlham.

Claretto, Ofsansky, Reedy and Rice also teamed up for a four-mile relay indoors that set a national record that stood for 30 years and became the first relay team inducted into the Indiana Track and Field and Cross Country Hall of Fame.

"They did it because they worked hard, and they had a tremendous desire to be a good team," Welch said.

Not because of his coaching, Welch added.

"Work, attitude and determination," he said. "You've got to have athletes that want to do it."

He also lauded the 1974 team that finished third in the state, one point behind second-place Fort Wayne Northrop and 11 points behind the winning Portage team. Reedy was still a senior and won sectional and regional titles and was third in the state meet behind two legendary runners, Hammond teammates Carey Pinkowski and Rudy Chapa, who crossed the finish line together.

North's top five in 1974 also included Mark Bachman, Gary Gottardi, Bret Ridgway and Brad Claretto. "They might have come closer to reaching their potential than even the 1972 team," Welch said.

• Others — If the 1974 baseball team is firmly in the runner-up spot for top teams, there's a crowd lining up behind those two squads.

In baseball, the Patriots reached the championship game again in 1983 under Jennings, in 2014 under Shawn Turner and again in 2015 under Fay Spetter (the cleanup hitter for the 1974 team), and the Patriot softball team was state runner-up under Jack Kirchner in 2010.

North boys tennis teams have reached the state finals in 2001, 2004 and 2017 and the Patriot girls were there in 2006. Once semistates were added to the cross country postseason path, the Patriots won six of those (four by the girls, two by the boys).

And special mention should also be made to the girls track and field program at North, which has won 32 sectional championships, the most by any school in the state, and have had consecutive sectional winning streaks of 14 years in a row and 11 years in a row.