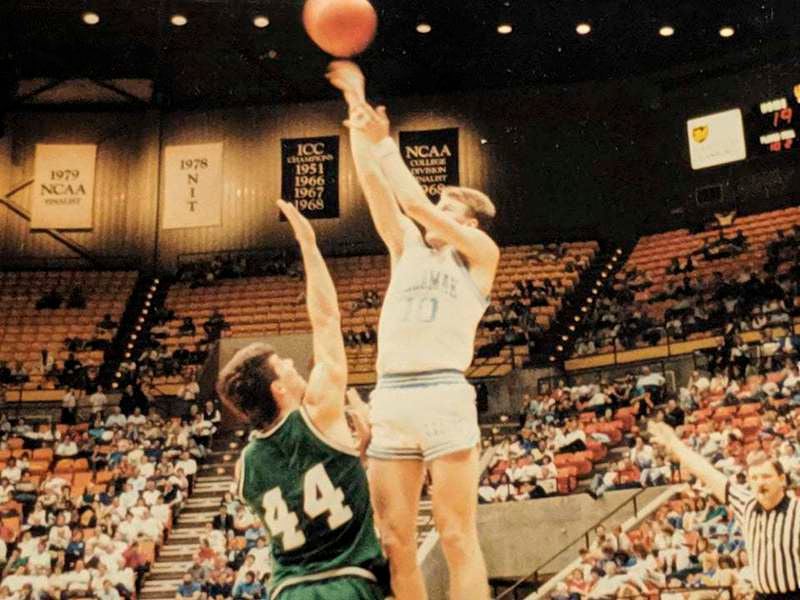 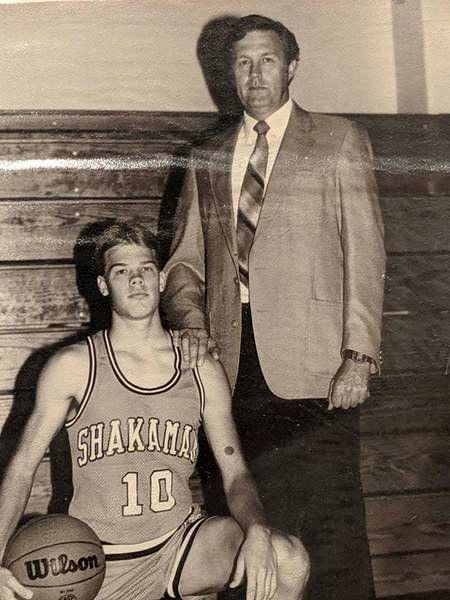 The Allens: Michael Allen kneels as his father and Shakamak basketball/baseball coach Herschell Allen stands next to him in the late 1980s.

The Allens: Michael Allen kneels as his father and Shakamak basketball/baseball coach Herschell Allen stands next to him in the late 1980s.

For four eventful seasons, Michael Allen helped lead Shakamak High School to glory on the basketball court as a sharpshooting guard and on the baseball diamond as a second baseman and shortstop who could hit.

Always a varsity player in each sport, he was coached every time by his father — Herschell Allen. The elder Allen previously served as an assistant at Terre Haute North in basketball to Howard Sharpe and in baseball to Don Jennings during the 1970s.

Playing for "Dad" may have had its advantages at times. But it also came with occasional disadvantages, says 48-year-old Michael, who now resides in Norfolk, Va. He lives with his wife, Jen, and two daughters and works as director of athletics at The Apprentice School in Newport News, Va.

“I look back and cherish [playing for his father] and I wouldn’t trade it for anything,” recalled Michael, a 1990 Shakamak graduate who also ran cross country for three seasons. “Obviously, when you’re a coach’s son, people on the outside looking in think you’ve got a lot of advantages and potentially favoritism.

This week, after consultation with a few people familiar with Shakamak since it opened its doors during the 1963-64 school year, Michael Allen has been named the school’s Best Remembered Male Athlete by the Tribune-Star. He earned the nod with strong consideration also going to Scott French and Billy Newton.

“I’m shocked and humbled [by the award] because there have been a lot of good athletes for several years prior to my time [at Shakamak], there were some good guys I played with there and there have been quite a few — especially good baseball players — come through since I’ve been gone,” Michael said.

“Just to be recognized and in the consideration, I’m honored. But to be the guy that you guys picked, I’m humbled. So I appreciate it.”

The Allens and their crew of Lakers captured pre-class sectional championships in basketball and baseball during Michael’s sophomore (1988) and senior (1990) years.

“My sophomore year, we beat Bloomfield — which was ranked No. 10 in the state — and that was our school’s first sectional title [in basketball] in 22 years,” Michael Allen recalled. “Obviously, that created a lot of excitement and buzz in the Jasonville community.”

In 1988, Shakamak also won the regional in baseball.

As a reminder in this Tribune-Star summer-long series, the Best Remembered Male Athletes so far have been Casey DeGroote (West Vigo), Dana Scifres (South Vermillion) and Michael Allen (Shakamak). Sullivan is the next high school to be featured.