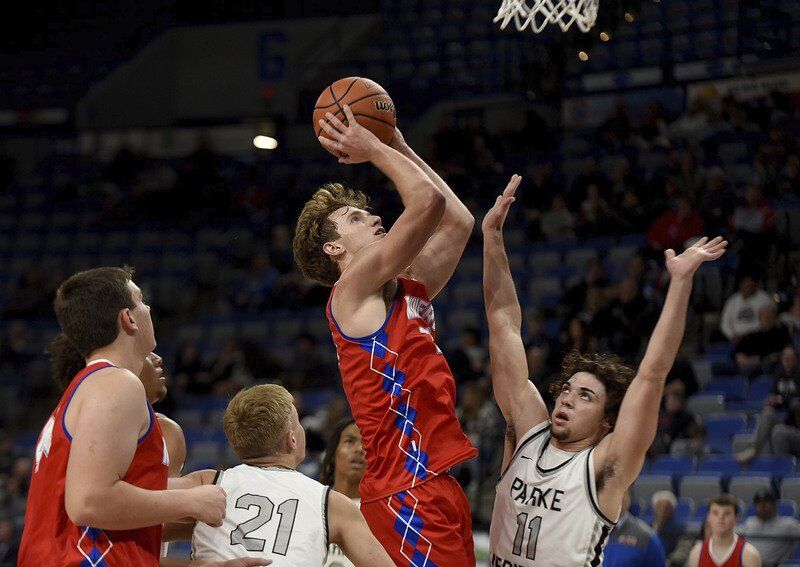 Back up for two: Linton junior Logan Webb puts up a rebound and scores during the Miners' 51-38 triumph Saturday night in the Gobbler Games Shootout at Hulman Center. 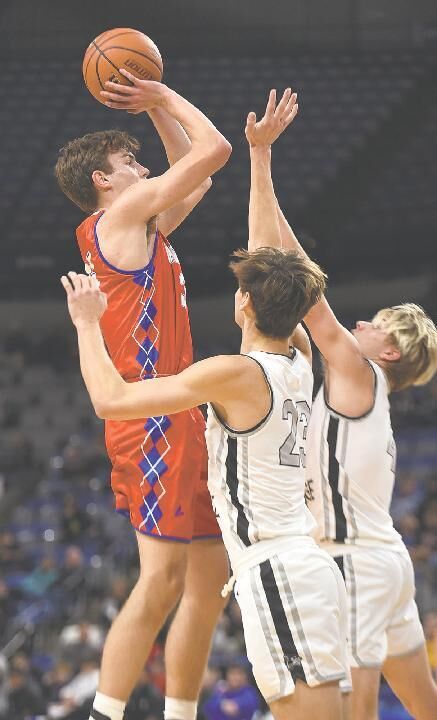 Back up for two: Linton junior Logan Webb puts up a rebound and scores during the Miners' 51-38 triumph Saturday night in the Gobbler Games Shootout at Hulman Center.

A successful 12 hours of Saturday high school basketball concluded at night with Game 6 of the inaugural Gobbler Games Shootout and most of the action was provided by Linton junior Logan Webb, who poured in 24 points to lead the Miners over Parke Heritage 51-38 in Hulman Center.

Cold shooting plagued the Wolves in the first half as they missed their first nine attempts from 3-point range. That, along with Webb's 13 early points, were huge factors in creating a 26-15 halftime advantage for Linton.

"He can play" Linton coach Joey Hart said of the 6-foot-4 Webb, who also contributed seven rebounds for the contest.

Noble Johnson sank a 3-point goal to open the third period, pulling Parke Heritage within 26-18. Midway through the same frame, a nice spin move inside by the same player sliced the Wolves' deficit to 30-23.

Linton's Joey Hart (son of the coach) and Parke Heritage's Anthony Wood traded treys, then Webb scored five quick points on a putback and a 3 in the final two minutes of the third quarter to pad the Miners' cushion to 38-26.

A Noble Johnson 3 helped the Wolves claw within 40-31 early in the fourth stanza, but an inside basket from Nathan Frady followed by a free throw from Braden Walters boosted Linton's margin back into double digits and it remained there for the rest of the game.

Young Hart was the Miners’ only other double-figure scorer with 11 points. Wood paced the Parke Countians with 13 points, while the well-known Johnson brothers of Christian (10 points and seven rebounds) and Noble (eight points and seven boards) did their parts as well.

Afterward, coach Hart was proud of how his players defended Christian Johnson — usually two at a time — to prevent him from exploding offensively. The veteran coach also offered a few kind words about the Wolves as a whole.

Next — Linton (2-0) will go to Clay CIty on Friday, while Parke Heritage (0-1) will visit South Vermillion that same night.

TERRE HAUTE [mdash] Marilyn Sue Jackson Fenton loved family, friends, writing poetry, and sketching. Her willingness to give to others contributed to the lives of many. She was one of the most giving people you ever would want to meet. She would want you to know her work here on earth is don…