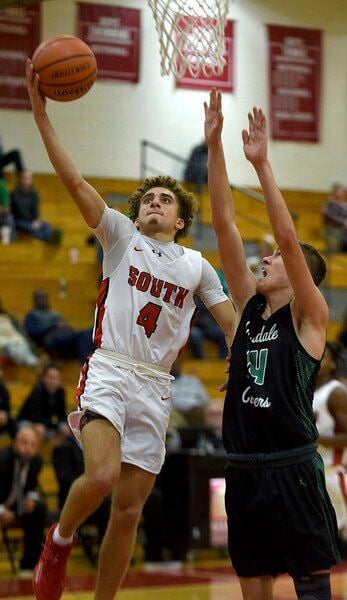 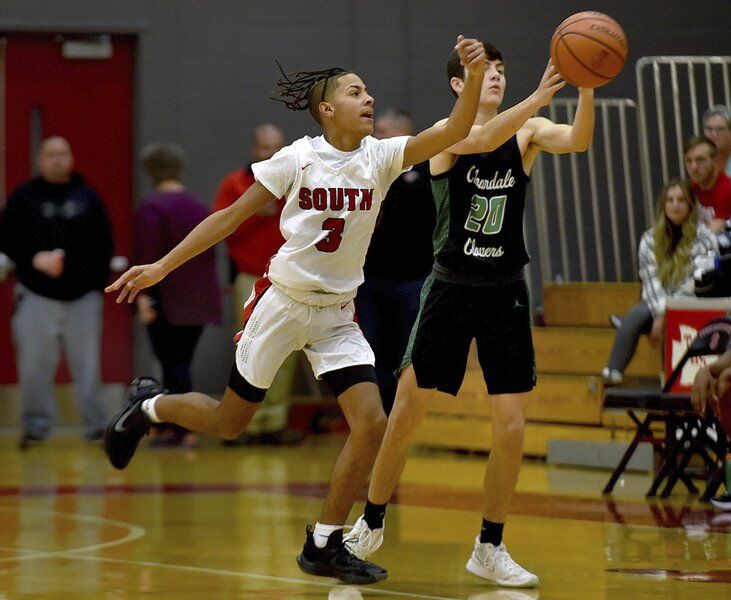 Tribune-Star/Joseph C. Garza Saw it coming: Terre Haute South's Zayvion Baker steals the ball from the Cloverdale offense during the Braves' win on Tuesday at South.

Tribune-Star/Joseph C. Garza Saw it coming: Terre Haute South's Zayvion Baker steals the ball from the Cloverdale offense during the Braves' win on Tuesday at South.

In March of 1979 in Cincinnati's Riverfront Coliseum, Indiana State coach Bill Hodges waited until the second half of an NCAA regional championship game to switch the Sycamores to a pressing defense against Arkansas, thus keeping Arkansas coach Eddie Sutton from having halftime to discuss how to attack it.

Maynard Lewis did a similar thing Tuesday night in Terre Haute South's high school basketball season opener, except that Lewis waited until the fourth quarter to unleash the Braves' length and quickness in a half-court trap against visiting Cloverdale.

Hodges and the Sycamores got a trip to the Final Four as a result of their coach's decision. The Braves turned a back-and-forth game into a decisive win Tuesday thanks to Lewis' decision, winning the fourth quarter 18-3 and the game 52-39.

"We wanted to hold [the trap]," Lewis explained after the game, "until we got to a place where we wore [the Clovers down]."

"They pressured us a little bit," said Cloverdale coach Patrick Rady, "and we made some hurried decisions — and that affected our defense."

Until that fourth-quarter turn of events, the game was up for grabs, with three ties and 10 lead changes in the first three quarters. Cloverdale's four-year starter Kyle Thomas was on his way to another outstanding game and South sophomore Zayvion Baker was having a great first varsity start.

Zach Thomas, Kyle's younger brother, hit two free throws with 2.3 seconds left in the third quarter to put the visitors ahead 36-34, but the Braves got a layup by Xsa'Zion Rowe in the first five seconds of the quarter to tie the score.

Then the Clovers found Rowe and Dontarious Alvarez waiting for them at the midcourt line, and South got the next 10 points as well. Zach Thomas picked up a loose ball and got a three-point play to cut the lead to 46-39 with just under three minutes to play, but the Clovers didn't score again.

"Other than Kyle, we're an inexperienced team at the varsity level," Rady noted, "and that showed in the fourth quarter."

"It was the first game, and it wasn't our best," Lewis said afterward, "but the kids gave good effort.

"[Cloverdale is] well coached and got the ball to the right guys," he continued, "and Kyle Thomas is just superb. I think we just wore them down at the end, and were able to get transition layups."

Baker led the Braves with 12 points, but South flashed impressive balance. Rowe scored 10 and Alvarez had nine points and eight rebounds — both off the bench — while Amariyae Wilson and Kyle Cottee scored seven each and shared defensive chores against Kyle Thomas. Amariyae Wilson also had five assists.

"It was a great team effort, Lewis concluded. "The guys fought for each other."