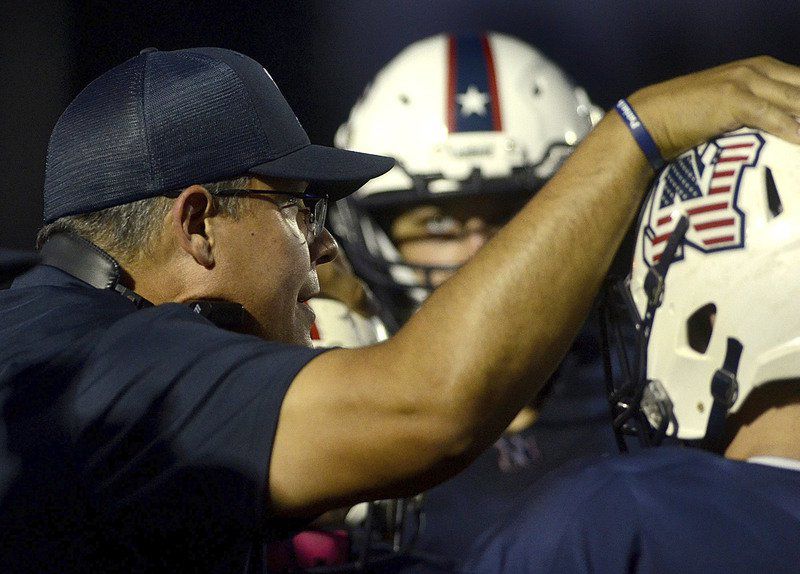 The season quickly approaches: Terre Haute North football coach Chris Barrett talks to his players before they take the field against Northview on Aug. 23, 2019, in Brazil. Teams can meet together for the first time next week. 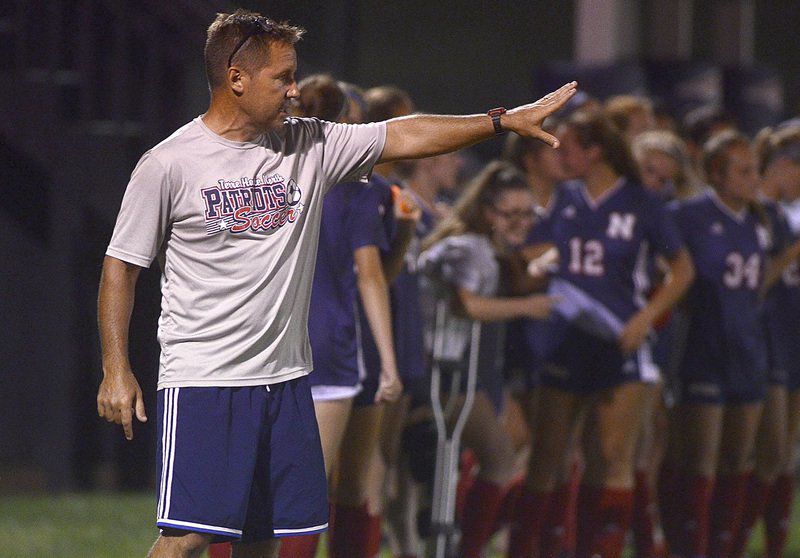 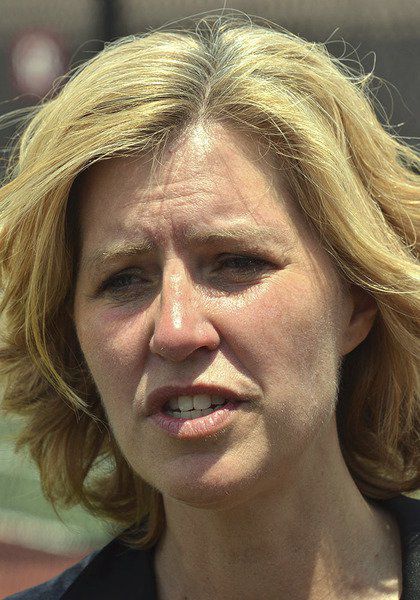 The season quickly approaches: Terre Haute North football coach Chris Barrett talks to his players before they take the field against Northview on Aug. 23, 2019, in Brazil. Teams can meet together for the first time next week.

The first phase of the Indiana High School Athletic Association's return-to-school guidelines begin Monday, and Vigo County coaches are pretty much ready for that to happen.

Those latter restrictions won't be a problem for his team, Baker indicated. "We're not going inside," he said. "Situations inside are a lot tougher."

Individual sports are in a different situation.

While golfers have been able to play their sport most of the summer, it still wasn't an ideal situation, Stuckey added.

"I couldn't give any individual lessons [that would have been possible in a normal summer]," she said, "and I couldn't play with [golfers on my team]."

Cross country coaches haven't been able to see their athletes live either, but social media is evidence that a lot of summer running is being done — and filmed. Northview's teams participated in virtual summer competitions with other teams throughout the state, comparing times and coming up with team scores.

Janet Rowe, coach of the West Vigo boys tennis team, is counting on her players getting their work in during the summer.

"I've been able to see them on the court a little bit," she said, "and they've had some clinics and lessons . . . we start practice on Aug. 3 [and won't meet as a team before then]. . . . I hope those plans work out, but COVID is hard to predict."

Girls golf can actually have competition as early as Aug. 3, with a first practice day of July 31. Stuckey expects to see some of her players at the Women's City Tournament a little over a week from now, and at least the guidelines will now allow her to watch them play, or play against them. "And in golf, you're pretty social distanced anyway," she noted.

Countywide coaches meetings in the past few days have stressed to all the coaches what their responsibilities are.

One of the challenging situations is that of first-year South volleyball coach Libbi Fougerousse, who not only has to get acquainted with a new team but, because it's an inside sport, will have plenty of cleaning and sanitizing on her to-do list.

Barrett's team plays an outside sport, and the Patriots have been able to do some of their preseason education done via Zoom meetings and the internet. There's an app to help them with their lifting programs and another messaging app for players and their parents.

But the actual physical work involved is, Barrett said, "putting faith in your kids. We have several seniors doing a great job [keeping tabs on the other players] . .  . but for the incoming freshmen, everything is already intimidating and new."

Starting Monday, the Patriots' plan is to have a percentage of their players in the weight room all the time, with cleaning and sanitizing taking place between each group. Barrett — and probably every other football coach in the state — is hoping his players haven't fallen behind.

"We sent [the Patriots] a lot of things they can do without [weight-lifting] equipment," Barrett said, "and you'd be surprised how many kids have some equipment at home."

The weight room isn't just for football either, noted West Vigo boys soccer coach Brady Cole. "Toughness was one of the things we had going for us [in a sectional-winning season]," he said. "I hope we haven't lost that."

The Viking boys have communicated through Facebook, Cole said, and he's had telephone conversations with most of his veterans about what they need to do to lead this year's team.

"They've gotten together [on their own] too," Cole said of his Vikings. "I'm confident in the kids that we'll hit the ground running."

Baker thinks having an actual start of team participation will be a motivator for the North girls.

"We always depend on our older players to bring in the younger players, and they've been doing that own their," he said.

Girls soccer has one advantage over some other sports, the coach added.

"We're not nearly as restricted [in how we can practice] as football, because we're not listed as a contact sport," Baker said gratefully, but surprised. "We'll take [that advantage] and we'll chuckle at Chris Barrett."