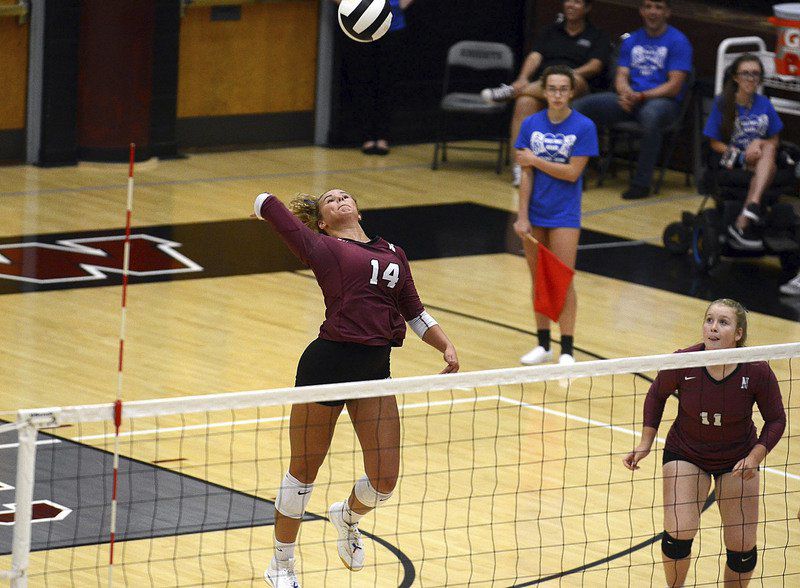 Moving in for the kill: Northview’s Kambree Lucas goes up for a kill during the third game of a home win over Terre Haute North on Aug. 22, 2019. 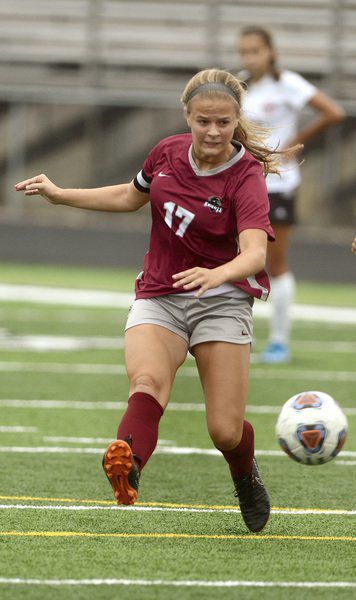 Goal oriented: Northview’s Kassidy Kellett finds the back of the net for a goal during a win over Edgewood in the Northview Sectional on Oct. 10, 2019. 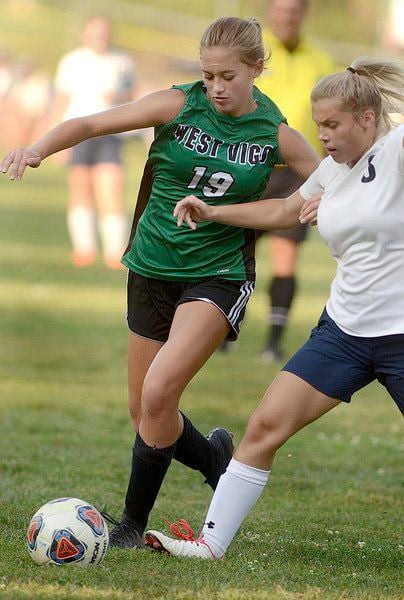 Moving in for the kill: Northview’s Kambree Lucas goes up for a kill during the third game of a home win over Terre Haute North on Aug. 22, 2019.

Goal oriented: Northview’s Kassidy Kellett finds the back of the net for a goal during a win over Edgewood in the Northview Sectional on Oct. 10, 2019.

Having exhausted high school basketball, the next two Daily Top Fives will concern high school sports in the fall of 2019, first with girls and then with boys.

While there will be some individual achievements noted, more of these will be team awards, and sometimes an entire sport will be featured.

But since there are four fall sports for each gender, one sport will appear twice.

And yes, there’s one Wabash Valley school that had a very good fall in girls sports.

5. Knights have a slight edge — Northview was at its best in girls golf late in the year, winning the sectional decisively over traditional rivals Terre Haute South and Terre Haute North.

4. Northview lone representative — In girls cross country, Northview finished in 24th place at the state finals in its first-ever appearance in the last race of the season at LaVern Gibson Championship Course.

No other Valley teams qualified, but two of its best runners the past four years, Lily Barton of Terre Haute South and Jacy Collins of Shakamak, also ended their careers at the state finals after qualifying as individuals.

3. Vikings have best-ever season — In girls soccer, a 13-4-1 season was the best West Vigo had ever had by a very long shot. The Vikings lost twice to Northview and once each to Greencastle and small-school power Vincennes Rivet, all three outstanding teams.

Elsewhere in Vigo County, Terre Haute South had a much improved campaign, but Terre Haute North remained the standard. The Patriots reached the championship match of the Class 3A Martinsville Sectional.

2. Big hitters — The volleyball season had a promising start, with Northview’s Kambree Lucas, Parke Heritage’s Atlantis Clendenin and Sullivan’s Asia Povlin among the state’s leaders in kills at one point.

A midseason injury to Lucas was a factor in the Knights’ inability to return to the state championship match, however — her performance on one leg in a sectional loss was the definition of the word “gallant” — while the Wolves suffered a first-round setback in sectional play. Povlin helped the Golden Arrows reach the sectional final before they fell to host Vincennes Lincoln.

Early in the season some Valley teams were probably bemoaning what they thought were unexpected losses to Bloomfield, but the Cardinals reached the Class A Jasper Semistate.

1. Among the best — After a 2-12-1 season in 2016, the Knights have won 53 of their last 61 matches in girls soccer while winning three sectionals and reaching the championship match of the Class 2A Jasper Regional twice.

A balanced team in 2019 led by senior Sarah Bryan and junior Kassidy Kellett, the school’s all-time leading goal scorer, the Knights were in the state’s top 20 most of the season, finished 18-2, and it took eventual state champion Evansville Mater Dei to knock them out of the tournament.