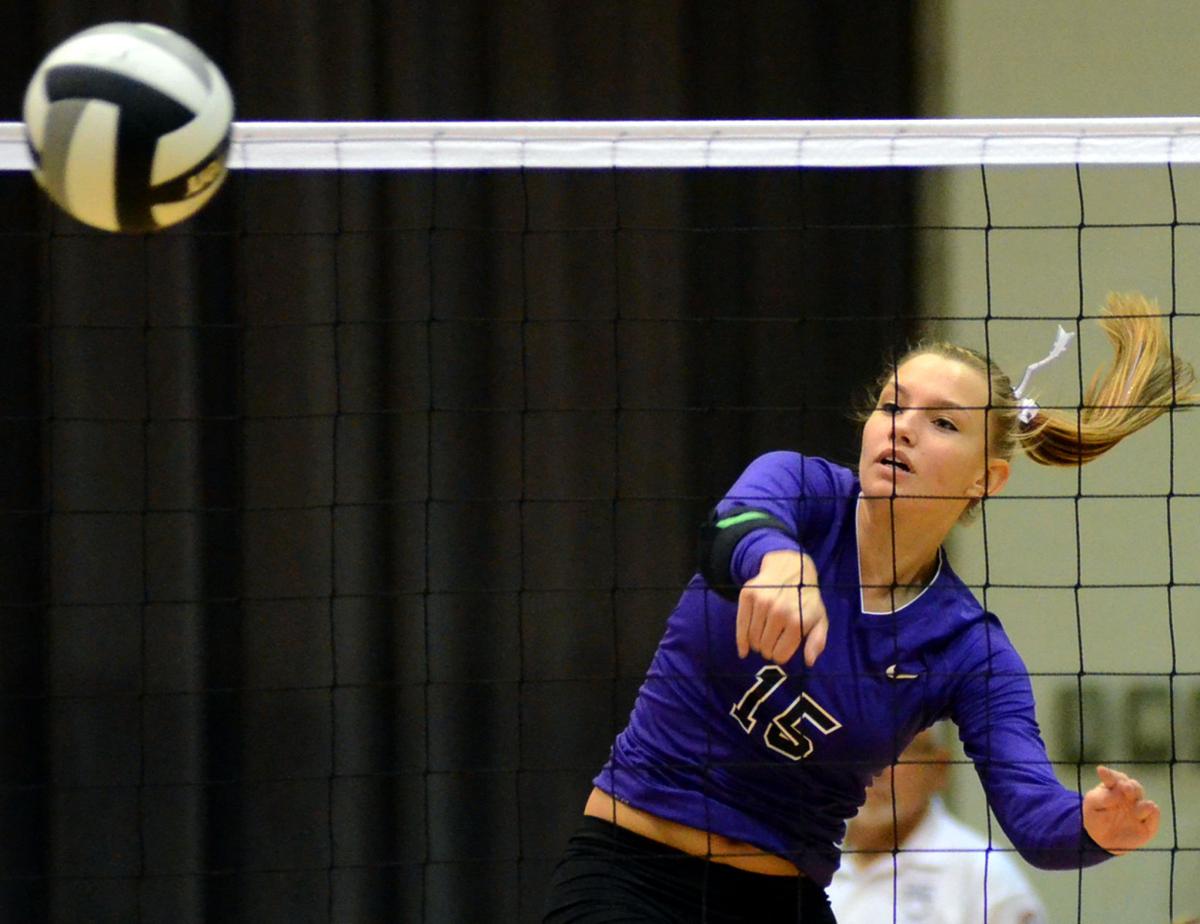 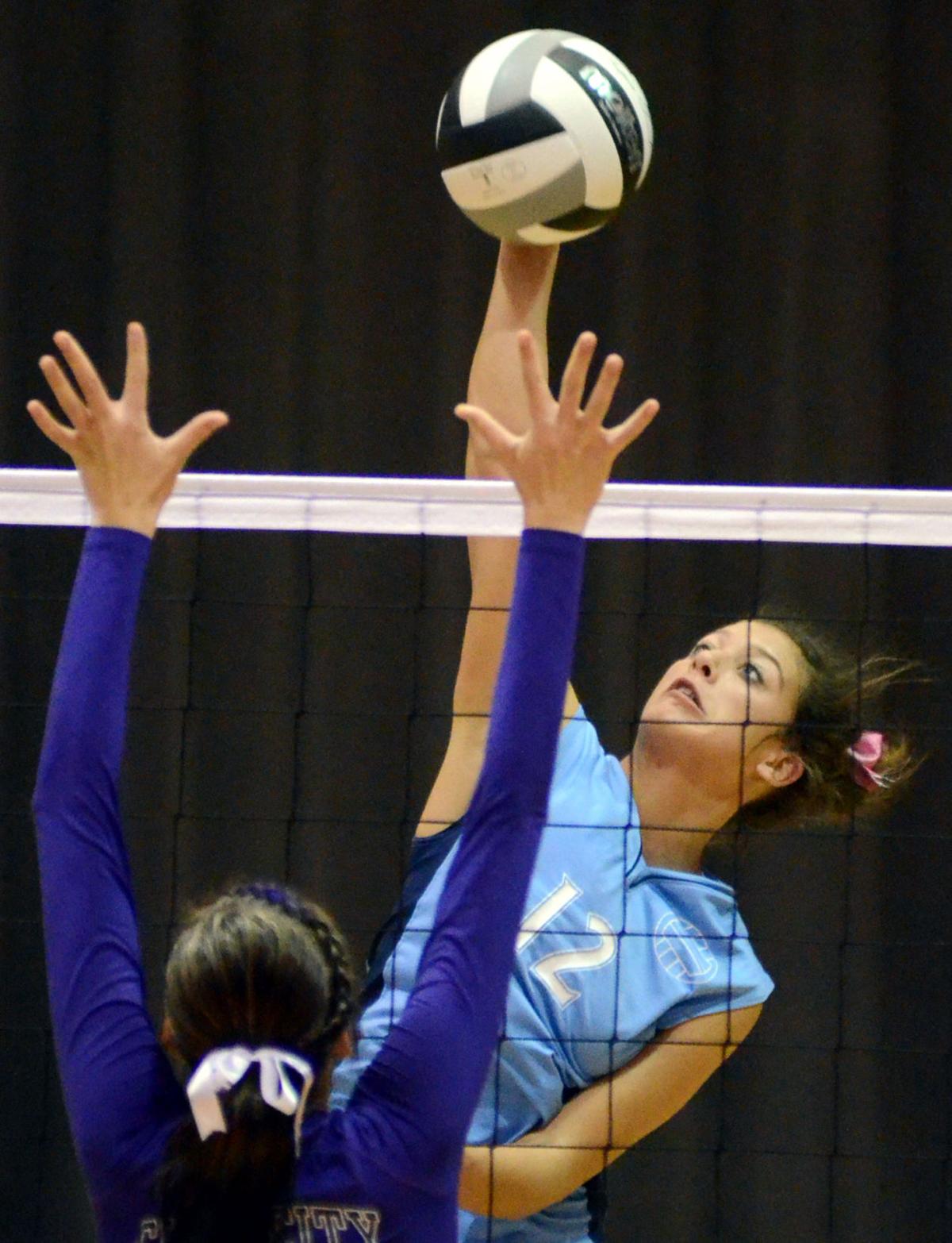 “Oh my God!” she screamed when asked how emotional it felt to be a part of school history.

Clay City will face the winner of the Indiana Deaf School Sectional at 7 p.m. Tuesday in the Clay City Regional.

“You know, I had this feeling two years when we won the first [girls] basketball sectional in school history, then we won it again last year,” reflected the 5-foot-7 Drelick, who led Clay City with 18 kills against Shakamak. “So I’ve had this feeling before, but it does not get much better than this… I am truly blessed.”

“It’s great,” Clay City coach Lu Anne Anderson emphasized. “These seniors have been in the championship match three out of their four years here. Before they went home losers, but not this time… We worked for this all season. This was our No. 1 goal.”

Playing excellent in a losing effort for Shakamak was senior middle hitter Mikayla Crane, who racked up 21 kills.

“She’s very tough,” Drelick assessed. “I’ve been playing against Mikayla since I was in junior high … but my team has more than one player who can hit and that always helps.”

In the first game, the Lakers tied the score at 8-8 on an ace served by Riley Montgomery. Trailing 12-10 later, Shakamak tallied three unanswered points — the last on a kill by Crane — to move ahead 13-12.

With the score knotted at 14-14, the Lakers rattled off the next six points to go on top 20-14 before holding off the Eels down the stretch to seize a 1-0 advantage in games.

The third game resembled the first — close throughout — but this time Clay City finished with five straight points to secure a 2-1 lead.

“We had a good first game,” Shakamak coach Brooke Collins said. “Our passing was really good. Our second and third games, our passing wasn’t as good.”

Meanwhile, Anderson and Drelick thought the Eels started to get their act together in Game 2.

“All tournament long, we’ve been slow starters in Game 1, so that wasn’t a surprise to me,” Anderson pointed out. “In Game 2, we finally got our offense running. We passed well and we have some great hitters. They were taking some awesome swings at the net.”

“More heart and more spirit,” Drelick insisted. “Our crowd was with us the entire time. They really helped.”

For Shakamak, Mikayla Crane had 21 kills, 13 digs, 7 blocks and 6 points; Taylor Myers had 23 assists and 4 kills; and Riley Montgomery had 7 digs, 5 points and 4 blocks.

Next — Clay City (18-10) will play the winner of the Indiana Deaf School Sectional at 7 p.m. Tuesday in the Clay City Regional. Shakamak finished 8-21.

MCKINNEY, Texas - Velma Lynn Yettman passed away on June 4th, 2021 in Mckinney, Texas. She was born on October 25th, 1951 in Terre Haute, Indiana. She was predeceased by her sister Valeta May in 2018, and her parents Lloyd and Frances Zenor. Velma is survived by her brother Steve (Becky) Zen…