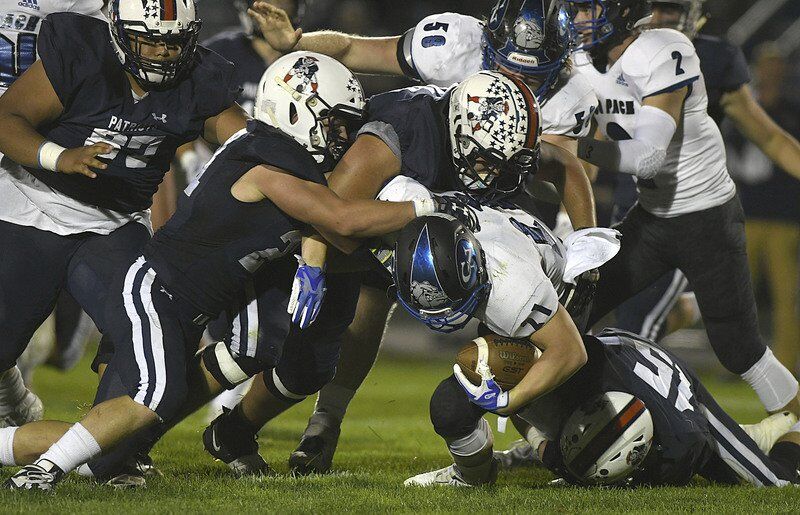 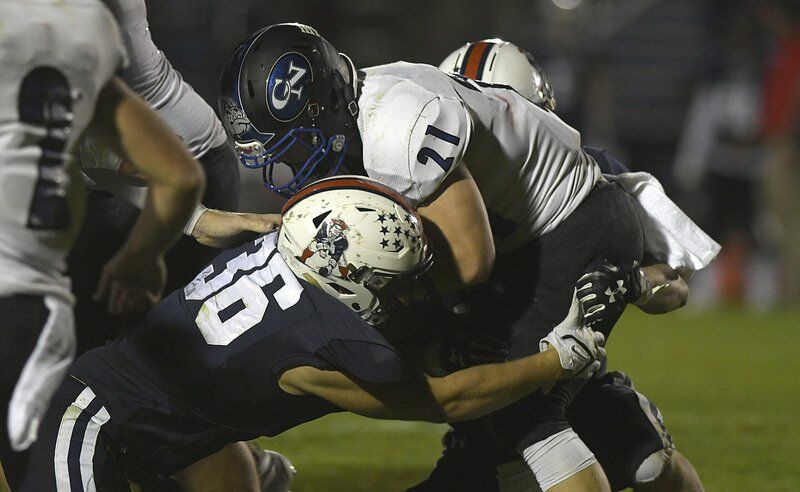 Columbus North didn’t help homecoming for Terre Haute North’s football team after a 24-0 win Friday night. The Patriots went into the competition with a chip on their shoulder as they were coming off a five-point loss last week and had not beaten the Bull Dogs since 2013.

Although Columbus North was coming off a tough home loss to Indianapolis Cathedral, it was still sitting atop the Conference Indiana standings.

The Bull Dogs wasted no time setting the tone as they forced the Patriots to fake a punt on fourth down in the first drive of the game. This gave Columbus North great field position, which led to a 21-yard field goal by Osian Guest giving the Bull Dogs a 3-0 lead with 8:26 to go in the first quarter.

When Terre Haute North earned possession again the Columbus North defense played hard enough to get the ball back on their opponents 25. After both teams each earned a penalty Dylan Redmon showed his speed on a 29-yard touchdown run putting the Bull Dogs up 10-0 with 6:28 to go in the first quarter.

“We preached getting off to a good start all week,” Columbus North coach Tim Bless stated. “We preached that we had a long road trip ahead of us and that we needed to be prepared at game time.”

A few plays later the scoreboard turned off with 2:47 to go in the first causing a brief pause in the contest. It was turned back on within 30-45 seconds and Columbus North’s defense continued to stand out as it stopped Bryson Carpenter in the backfield getting their offense the ball back one more time in the first.

The second quarter was quiet until Terre Haute North recovered a fumble from Columbus North with 7:05 left on their 25. Columbus North defense promptly forced a turnover on downs. The last touchdown before halftime was an exciting 21-yard pass from Luke Hammons to Damon Edwards with :39 to go in the first half.

“The message at halftime was to keep fighting,” Terre Haute North coach Billy Blundell said. “It’s easy when you’re down 24-0 to lay down and that’s not the team we are.”

The only action that happened in the third quarter was an interception caught by Jaxson Scruggs with 5:05 to go. This quarter concluded with both teams keeping each other out of the end zone.

The third quarter was back-and-forth between the defenses. It was pretty much a silent quarter until Scruggs intercepted a pass from Carpenter with 5:05 left. The third quarter concluded with both teams keeping each other out of the end zone. The Bull Dogs biggest struggle of the night were penalties. Columbus North ended the contest with 75 total penalty yards compared to Terre Haute North’s 50.

The fourth quarter opened with a big 45-yard run by Redmon that seemed to be a touchdown until the Patriots defense chased him down and forced him to fumble just two-yards away from the end zone. Terre Haute North’s Donald Dean recovered the fumble for 23-yards giving his team some momentum with 9:23 to go in the game.

In response, Edwards caught the Bull Dogs’ second interception of the night with 8:15 to go. Neither team visited the end zone in the fourth quarter.

Next – Terre Haute North (2-4) travels to Southport and Columbus North (3-3) hosts Bloomington South, both next Friday