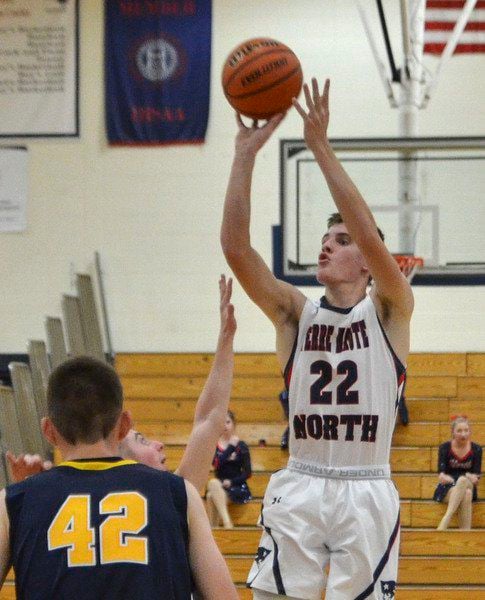 Sharpshooter: Terre Haute North junior Matt Gauer hits one of his five 3-pointers during the Patriots’ 50-47 loss to Mooresville on Wednesday night at North. 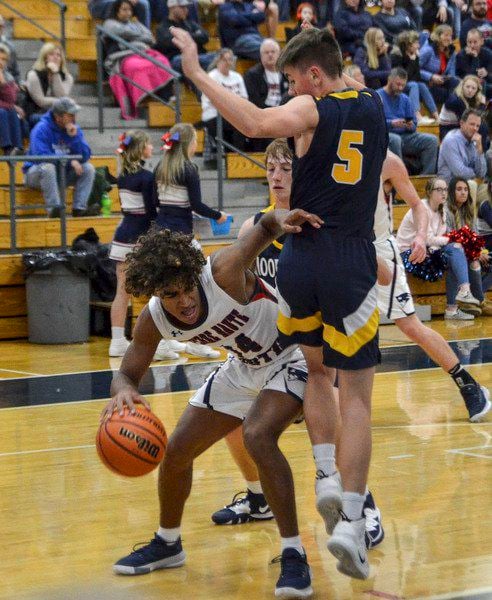 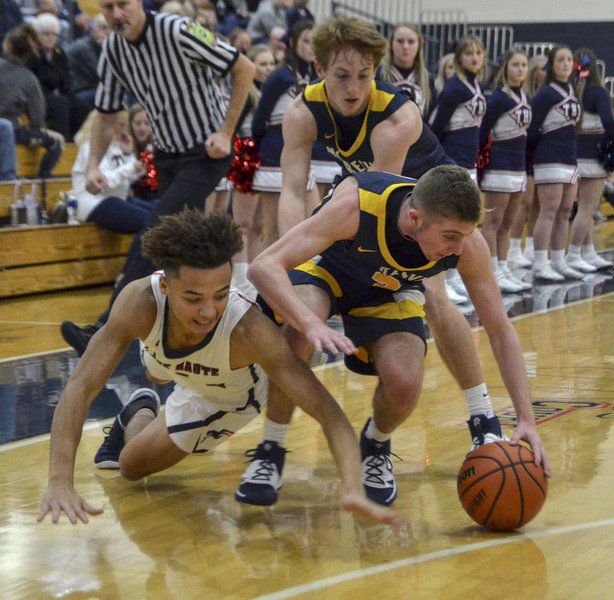 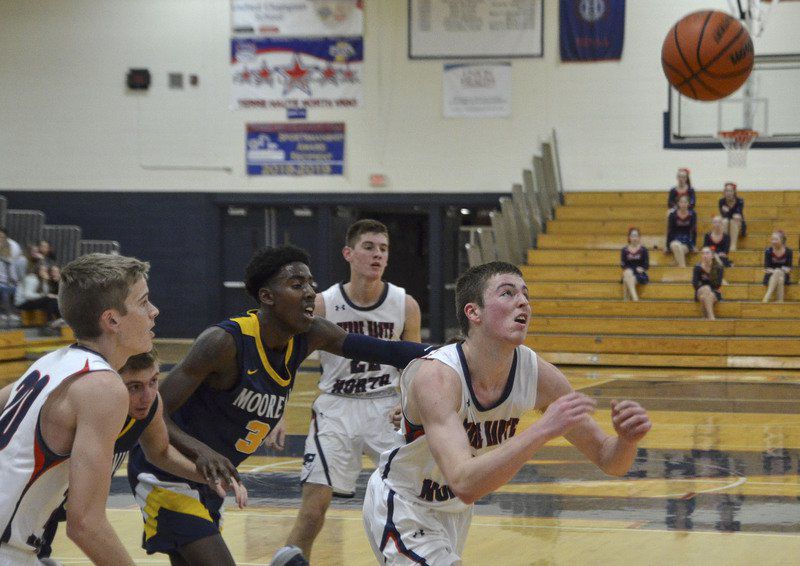 Sharpshooter: Terre Haute North junior Matt Gauer hits one of his five 3-pointers during the Patriots’ 50-47 loss to Mooresville on Wednesday night at North.

Terre Haute North blistered the nets for six treys and 22 points in the first quarter, but the host Patriots could not sustain that high level of marksmanship and lost to a taller Mooresville team 50-47 in season-opening boys high school basketball Wednesday.

Consecutive 3-pointers by Ethan Knott put the home team ahead 11-7 midway through the first period. After a 3 by Mooresville sub Zach Woodson immediately after he entered the game, North went on an 8-0 run — consisting of two trifectas by Matt Gauer and an inside bucket by Dalton Sturm — to pad its cushion to 19-10.

Freshman Bryson Carpenter banked in a 3 at the first-period buzzer, increasing the hosts' advantage to 22-14.

Unfortunately for the Patriots, that was their only hot-shooting quarter of the night.

Gauer sank a 12-foot jumper to boost North's lead to 27-16 with 6:22 left before halftime. Then the Pioneers rattled off eight unanswered points — including another trey by Woodson — to pull within 27-24. That margin of three stuck at halftime with the Patriots on top 29-26.

Back-to-back baskets by Mooresville's Logan Prather tied the score at 32-32 midway through the third frame. But another 3 by Gauer and a steal/layup combination by Carpenter gave North a 37-32 edge, which did not last long.

That's because the visitors tallied the next 10 points — including 3s by Prather and that pesky Woodson at the third-quarter buzzer — to catapult ahead 42-37.

Field goals by Gauer, Sturm and Sturm again provided the Patriots with their final lead, 43-42, with 4:27 showing on the scoreboard. But Mooresville outscored them 8-4 after that, with 6-foot-6 Ty Wright intercepting a North pass near the North basket before the final buzzer to seal the victory.

Wright paced the Pioneers with 19 points, eight rebounds and four steals, Woodson chipped in with 11 points — thanks to 4-for-4 shooting from the field — and 6-6 Miles McGowen added eight points, nine boards and three steals.

North's double-figure scorers were Gauer with 19 points and Sturm with 14. But the Patriots were outrebounded 35-24, committed 19 turnovers and ended up only 18 of 41 from the field after going 8 for 11 (6 for 9 from 3-point range) in the opening eight minutes.

"I thought we got off to an excellent start," North coach Todd Woelfle told the Tribune-Star afterward. "That was due to our good ball movement and strong shot selection. Then I thought we kinda hit a little fool's gold and we took some difficult shots, forced shots, and that allowed them to get back into the ballgame."

Woelfle also mentioned how he thought Mooresville got almost every 50-50 ball in the second half.

"They hurt us on the boards [in the second half]," he said. "In the first half, we did a much better job. It really just boils down to us taking care of the basketball, making better decisions and executing on our offensive end ... and I think we'll get better."