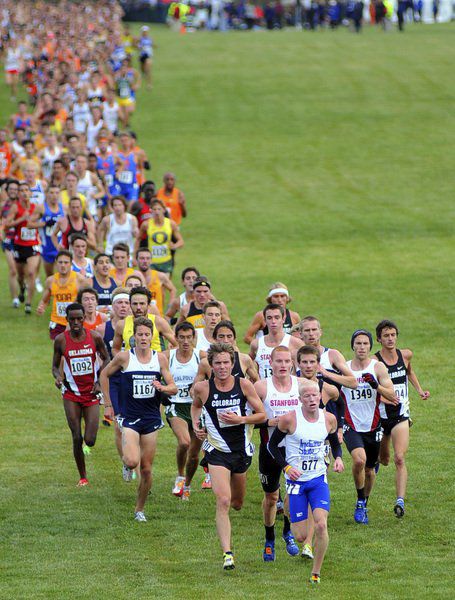 Near the split: Indiana State’s John Mascari leads a large pack of runners near the split of the men’s Blue Race at the Pre-Nationals at the LaVern Gibson Championship Course on Oct. 19, 2013. 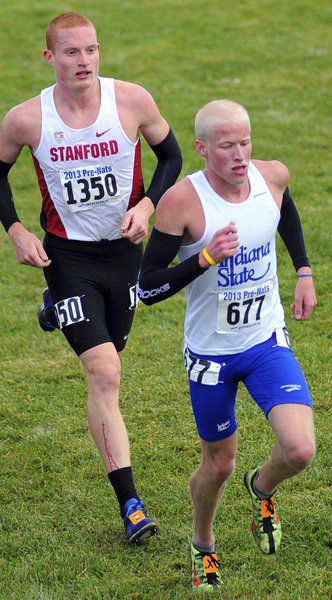 Near the split: Indiana State’s John Mascari leads a large pack of runners near the split of the men’s Blue Race at the Pre-Nationals at the LaVern Gibson Championship Course on Oct. 19, 2013.

Editor’s note: In 2017, the Tribune-Star published a book titled “Legends Through The Decades.” The idea was to pick out the five most memorable athletes and teams from each decade from the 1950s onward.

With live sports at a standstill, we elected to re-run the chapters from the book in excerpts. Understand that the athletes and teams are not ranked. We chose not to rank them and to let them stand on their own as those who produced the most memorable legacies.

John Mascari first stepped on the LaVern Gibson Championship Cross Country Course as a Woodrow Wilson Middle School athlete. He was a goal-oriented person with sights on becoming a highly-touted basketball recruit.

His love for hoops never waned, but Mascari's ambitions shifted to cross country and track by the time he joined a tradition-rich program at Terre Haute North. It was there that he would lay the groundwork for a distance running career that ranks second to none for Vigo County athletes and Indiana State athletics.

Mascari earned five all-state honors for the Patriots, setting a school record in the 3,200 meters (9:04.68) and leading North to a fifth-place team finish at the IHSAA state finals at LaVern Gibson.

Mascari committed to Indiana University and redshirted his freshman cross country season in Bloomington before having a change of heart.

"The only regret I have is not giving Indiana State the chance right away," Mascari said.

Mascari was fully prepared for his first season in a Sycamore cross country singlet in the fall of 2012.

He won the first of four Missouri Valley Conference titles — the first MVC athlete to achieve that feat — and four Indiana Intercollegiate titles, taking seventh place in the Great Lakes Region with a seventh-place finish.

Mascari provided a glimpse of what was to come by finishing 60th overall and one of the top freshman in the NCAA Championship at LaVern Gibson.

Mascari became the first All-American in the history of the ISU program when he took 32nd place the following fall. He topped that the following year with an eighth-place finish at the NCAA meet.

"Being on coach [John] McNichols' last conference championship team, I'll always hold that very dear to my heart," Mascari said. "But individually, I like to win a race and defend my title the next year. Winning four years in a row and winning the Indiana Intercollegiates four years in a row. Making nationals four years in a row. Performing in front of the family and friends at LaVern Gibson. The first and second All-American honor, those will always be cherished."