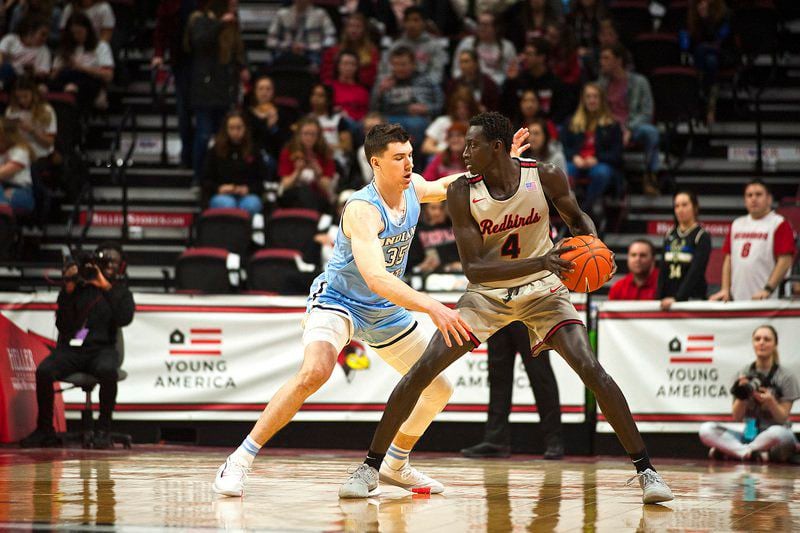 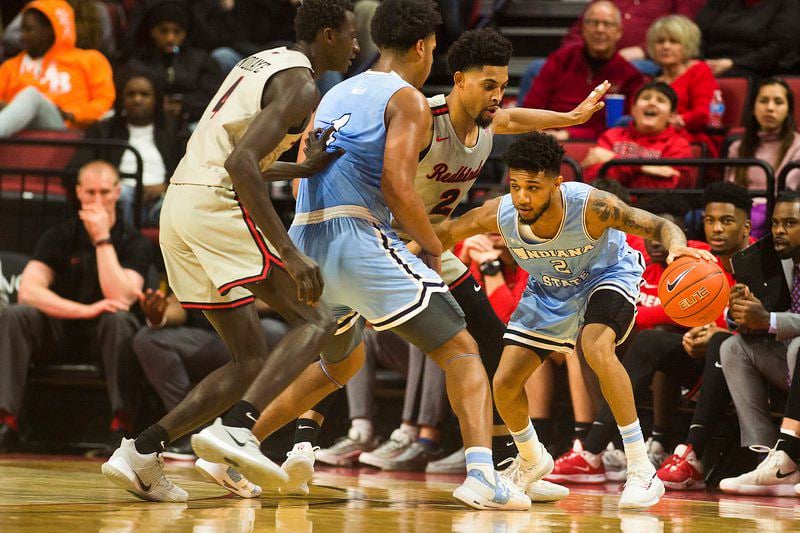 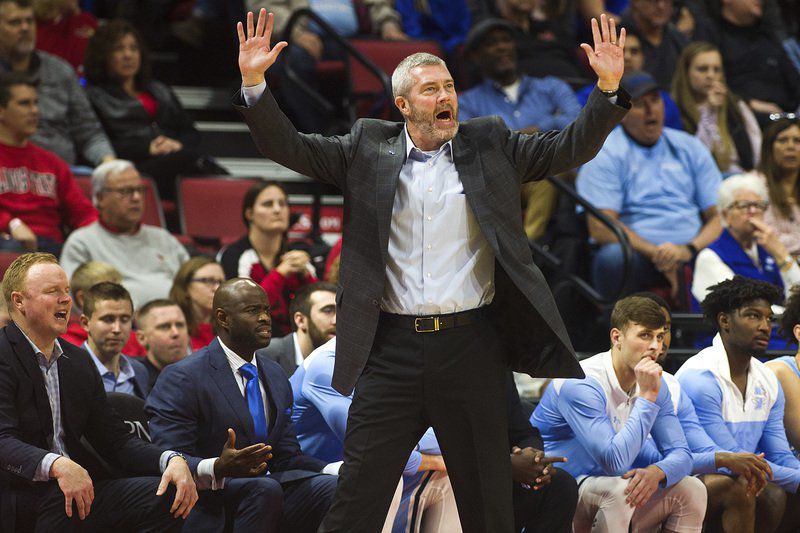 Indiana State head coach Greg Lansing directs his team during the first half of the Sycamores' Missouri Valley Conference game against Illinois State on Saturday, Feb. 8, 2020, at Redbird Arena in Normal, Ill. 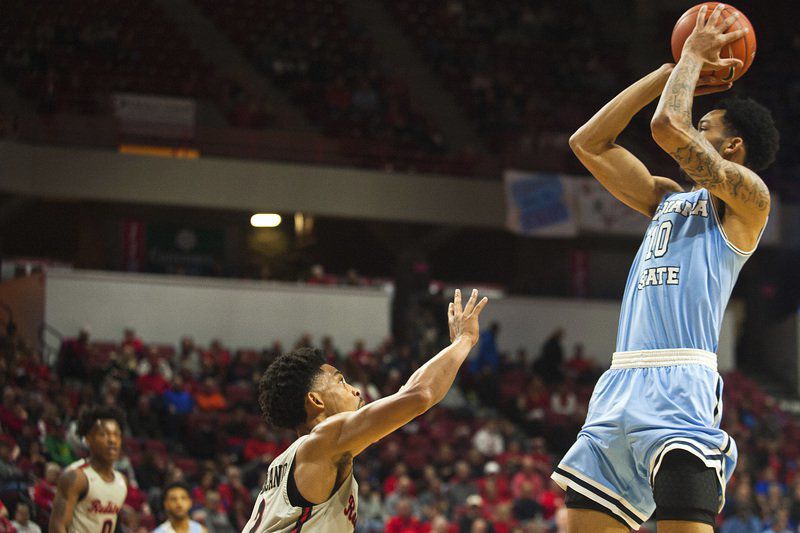 Indiana State head coach Greg Lansing directs his team during the first half of the Sycamores' Missouri Valley Conference game against Illinois State on Saturday, Feb. 8, 2020, at Redbird Arena in Normal, Ill.

The verve, energy and killer instinct that Indiana State’s men’s basketball team used to drop a 28-point rout on the heads of Loyola last Wednesday was apparently left behind at Hulman Center.

The Sycamores went on the road to play struggling Illinois State on Saturday and demonstrated none of the above traits in a 74-67 loss at Redbird Arena.

Jordan Barnes led ISU with 21 points. Bronson Kessinger added 10 points, but it was a bad night for the Sycamores in the shooting department as they only converted 35.2 percent of their shots.

“There’s not really any excuse for it. It’s just inconsistency and if you’re going to be at the top of this league? You have to be consistent, especially on the road. It’s a credit to Illinois State. They came out and played better than we did,” Kessinger said.

“Give Illinois State all the credit. It certainly wasn’t our best game. They were the more aggressive team from the start and in every aspect of the game,” ISU coach Greg Lansing said. “We lost that game in the first half. I’m not saying we weren’t ready to go, but they hit first, and we didn’t respond very good.”

Lansing was asked if he sensed before the game that the team wouldn’t answer the bell for a key road contest.

“I didn’t. We didn’t do much Thursday in practice and yesterday we went an hour to err on the side of having legs. I probably should have practiced more live and some of the stuff we’ve been doing, but our preparation has been good lately in winning these games, but we had some slippage tonight. … I didn’t sense [lack of energy] at all. I was more anxious for this game, but I didn’t feel the guys were.”

Did the Loyola game have a hangover effect? The Sycamores did none of the good things against the Redbirds that they did against the Ramblers.

“I wouldn’t say that we [let the Loyola win linger], but it’s all about consistency. I feel like tonight we didn’t come out ready to play,” Kessinger said.

After a steal and bucket by Jake LaRavia to start the game, the Sycamores played with low energy and allowed the Redbirds to dictate the game to them.

Illinois State (8-16, 3-9) frustrated Indiana State (14-9, 7-5) with effective defense and the Sycamores went into a shell. In only three instances in the first half did the Sycamores score on consecutive possessions. For a time? The Sycamores hung in there as it trailed by just two with 8:46 left.

“Our focus on their personnel and what they wanted to do was really good today. That’s why we guarded so well,” Illinois State coach Dan Muller said.

A 10-0 run spanned almost four minutes of game time as the Sycamores fell behind 24-12. Hillsman was particularly troublesome for the Sycamores as he scored 14 first-half points.

ISU never snapped out of its funk in the first half as it trailed 32-23 at the break.

The Sycamores couldn’t conjure a revival in the second half. In fact, the Sycamores shot the ball even worse after the break than they did in the opening 20 minutes. ISU shot in the 20s for most of the second half until it perked up very late in the contest.

Illinois State reached a peak lead of 16 with 13:57 left, but the second half degenerated into a disjointed mess with a blizzard of fouls called on both teams. Eventually, the fouls reached critical mass and both teams lost any sense of flow. A total of 53 fouls were called in the game, including a whopping 34 in the second half.

Amidst the mire, the Sycamores managed to cut their deficit in half, mostly at the line as Illinois State put the Sycamores in the double bonus at the 11:44 mark. But an eight-point deficit – ISU would get that close as late as the 7:45 mark – was as close as the Sycamores in the competitive phase of the game as the inability to generate any buckets proved fatal.

ISU has an even trickier trip to central Illinois next as it goes to Bradley on Wednesday.

“We have to learn from it. This is a stepping stone to where we need to get to. It’s always tough to win on the road. We have to take the things from this game, learn from it in practice, and get ready for Bradley,” Barnes said.

“We can’t ever be satisfied. We came off of a big home win against Loyola. You can never look back. You have to look at the next game. The next opportunity is at Bradley. We’re going to go in and try to get our first sweep of the year,” Kessinger said.