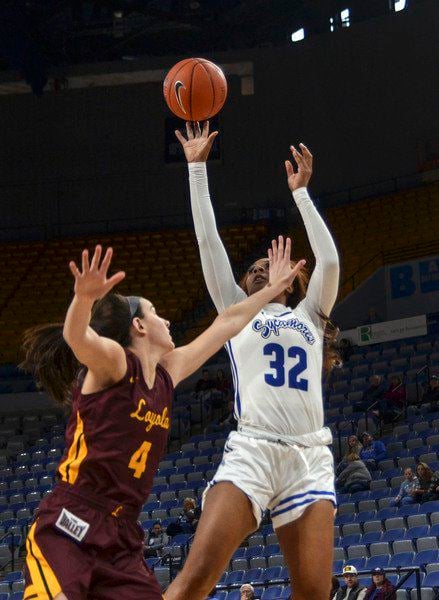 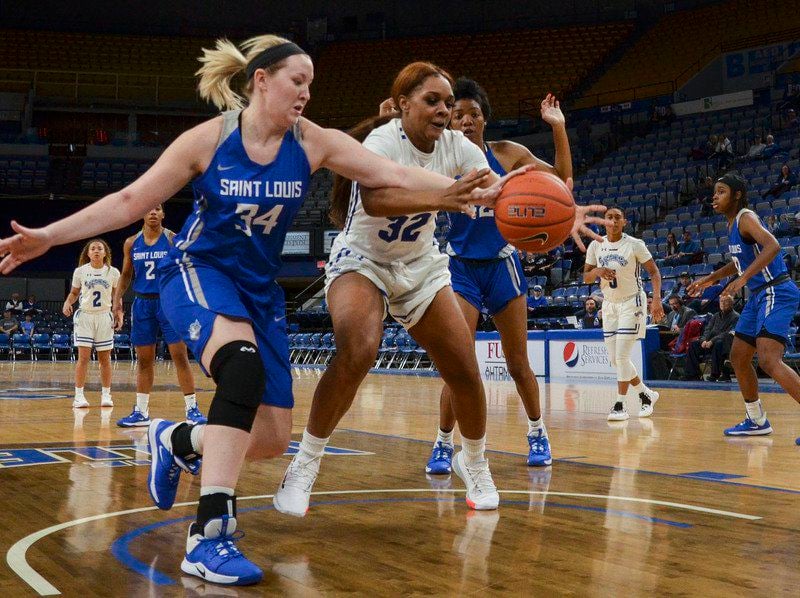 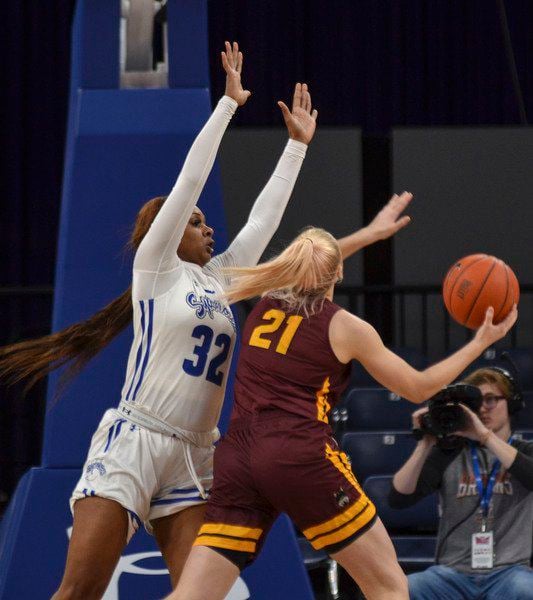 A criminal justice major, Indiana State junior basketball player Jamyra McChristine wants to become a police officer in her hometown of Chicago after she graduates in 2021.

Considering the crime rate in the Windy City, she realizes that's no easy job.

Neither is being part of an entirely new NCAA Division I women's basketball roster, which coach Vicki Hall created for the Sycamores before the 2019-20 season.

Facing this unique situation, expectations were not extraordinarily high for their first season. Through the first week of February, ISU owns records of 3-20 overall and 1-10 in the Missouri Valley Conference. The Sycamores' next game will be against Northern Iowa at 7 p.m. Thursday in Hulman Center.

The 6-foot-2 McChristine has been doing her part to keep the Sycamores respectable, averaging a team-high 9.8 points per game along with 6.2 rebounds per outing. Her rebound average actually ranks second on the squad. But leader LeAndra Echi (7.6) has missed the last 13 games with a season-ending leg injury, so McChristine has been the primary source in that category since mid-December.

With the young Sycamores still trying to find their identity with eight freshmen and six junior college transfers on their roster, McChristine seems to have found hers. After a slow start, she's had 10 games with double figures in points (with highs of 19 against Bradley and Missouri State) and four games with double figures in boards (with a high of 14 against Murray State).

Asked if there's anything she could do better on the court, McChristine replied "expand her range" as a shooter. To illustrate her point, she hasn't attempted a 3-pointer this season. But she has made 97 of 187 shots from the field — mostly close to the basket — good for a team-high 51.9 percent.

With seven regular-season games remaining on the schedule (including Thursday's), McChristine just wants the team to continue to show improvement. She'll keep giving her best effort, which is why Hall targeted her in recruiting from Tallahassee (Fla.) Community College, where McChristine spent the previous two seasons.

"She's just the type of player I was looking for," Hall said.

So when will patient fans of this team be able to see ISU develop into a contender?

"I think it'll be next season," McChristine answered without hesitation. "I really do."

By then, Echi is expected to return healthy, the current freshmen will be sophomores and the current juniors — including McChristine — will be seniors who have bonded together for more than a year.

Bonding didn't come easily for this group at first because some of the new Sycamores had been opponents playing against each other in AAU basketball and because of the age difference between the first-time collegians and the juco transfers, McChristine admitted.

But the process became smoother as time passed and now they're going out to eat and socializing together off the court.

"We want Indiana State and this community to be proud of us," McChristine said. "Hopefully they will be."