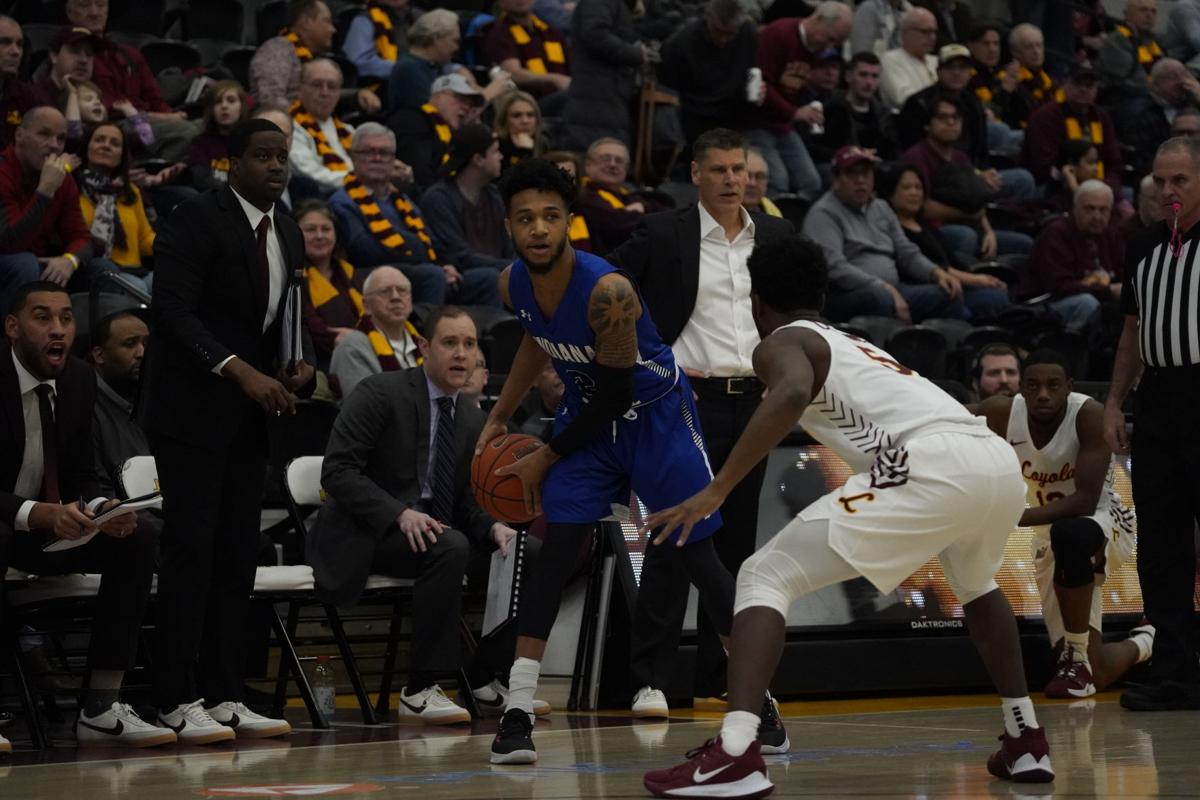 Weighing options: Indiana State Jordan Barnes tries to find an open Sycamore in the paint during ISU's 75-55 loss at Loyola on Wednesday. 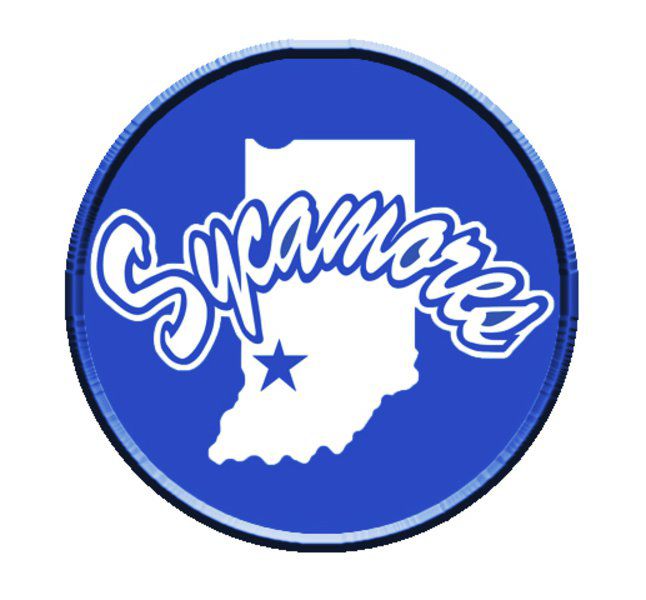 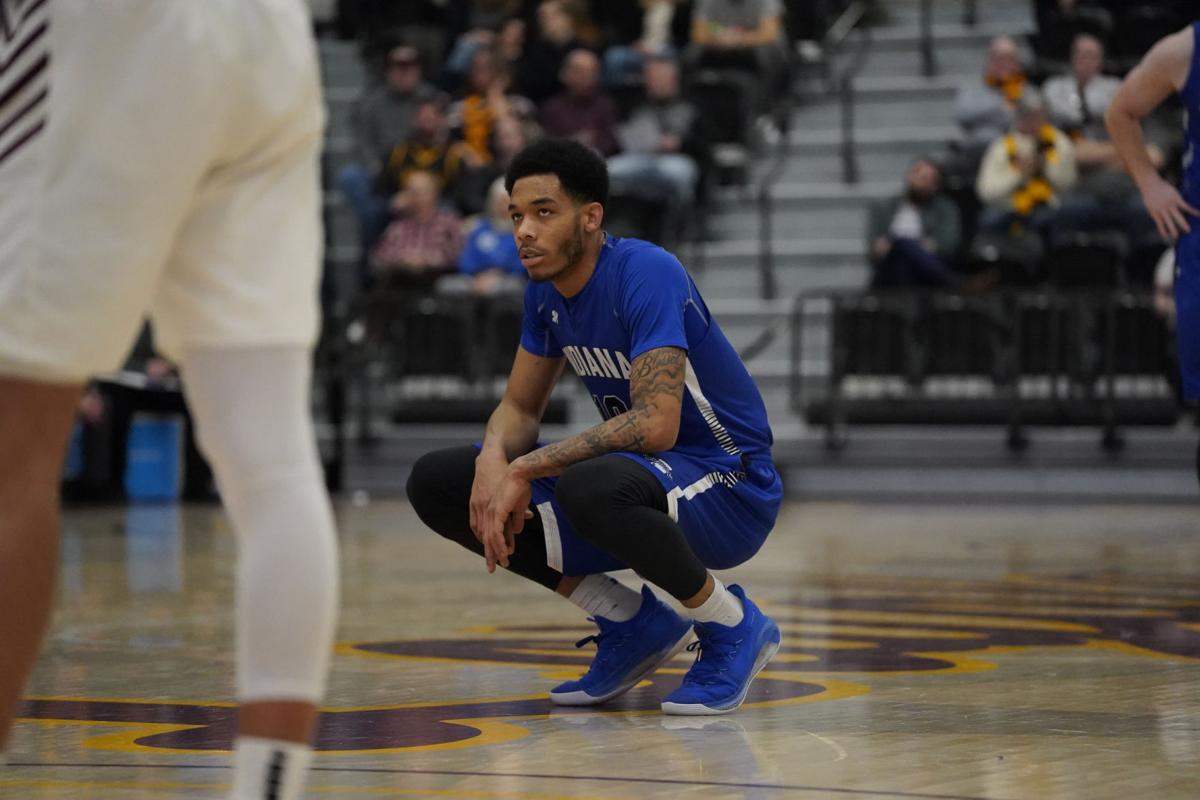 Weighing options: Indiana State Jordan Barnes tries to find an open Sycamore in the paint during ISU's 75-55 loss at Loyola on Wednesday.

Good defense doesn’t take just away shots. It strips you of your time to think things through, your accuracy in your passing, and your confidence in what you’re running offensively.

It also takes away your will to defend. All of the above happened to Indiana State’s men’s basketball team as Loyola put a vise-grip on the Sycamores at Gentile Arena on Wednesday. Loyola cruised to a 75-55 victory as ISU fell below .500 in the Missouri Valley Conference.

“We’re not very mentally tough right now and we have to change that,” ISU coach Greg Lansing said. “[Loyola’s] competitive nature to start the game was tremendous. We let poor offense and turning it over effect how we competed on the defensive end.”

While Loyola clamped down on the Sycamores, ISU put up little resistance against the Ramblers. Loyola converted 67.4 percent of its shots. Tate Hall led Loyola with 23 points, but he wasn’t the star of the show.

The big fear for ISU going in – literally and figuratively – was Loyola center Cameron Krutwig. ISU feared his scoring and his passing ability and those fears were justified. Krutwig scored 13 points, but also contributed 12 rebounds and nine assists in a bravado performance.

“You can’t guard him with one guy and then when you commit help to him? He’s 8 of 12 from 3-point range. He picks you apart. I thought we had a good plan going in, you have to make it difficult for him to get it and then you have to get out to shooters quick enough. We were too slow on all of that,” Lansing said.

ISU was led by Jordan Barnes, who scored 18 points. The Sycamores only made 35 percent of their shots from the field in the first half and without stopping power? The Sycamores had no chance to play catch-up.

“For the last two days going into this? We hardly did any offense [in practice]. It was all defensive breakdowns. It’s a want-to. Loyola showed us what a good team does and how it defends. It looked like there was eight of them out there tonight,” Lansing said.

The game started with a bizarre sequence in which both teams turned the ball over on their first three possessions. That’s as hard as the Sycamores would make it on the Ramblers.

Loyola (14-6, 6-1) broke free after the rough start and surged to a 13-5 lead. Meanwhile, Loyola doubled posts Tre Williams, Jake LaRavia and Bronson Kessinger on their post catches, forcing them to make tough passes out to the perimeter. Loyola’s guard were quick enough to recover to ISU’s ballhandlers on the arc – so there was very rarely an open man for the Sycamores to take advantage of.

Loyola led 17-10 and then ISU’s defensive will buckled. The Ramblers scored on 10 consecutive possessions to double their lead. Apart from Kessinger, who scored seven points in the first half, none of the Sycamores were productive scoring-wise. The result was a 40-23 halftime deficit.

There was no respite for ISU in the second half. If anything? ISU’s situation was worse. Loyola began the second half by making seven of its first 10 shots, taking what small hope the Sycamores had of making the game competitive.

“It comes down to being gritty on the defensive end and not letting everything bother you while you’re playing. It’s down to a mentality of wanting to do it,” ISU guard Tyreke Key said.