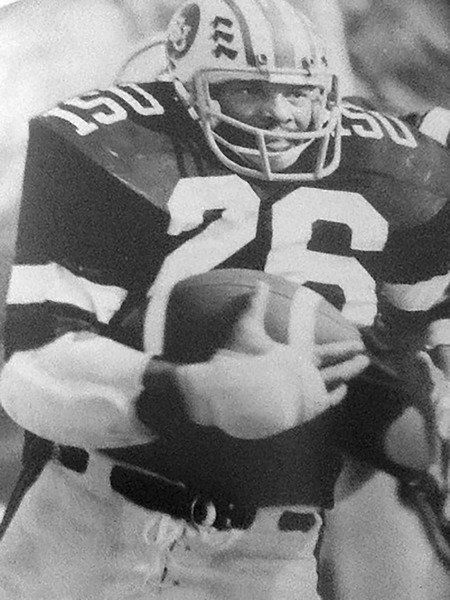 He's No. 1: Vincent Allen had four consecutive seasons with more than 1,000 rushing yards for Indiana State. 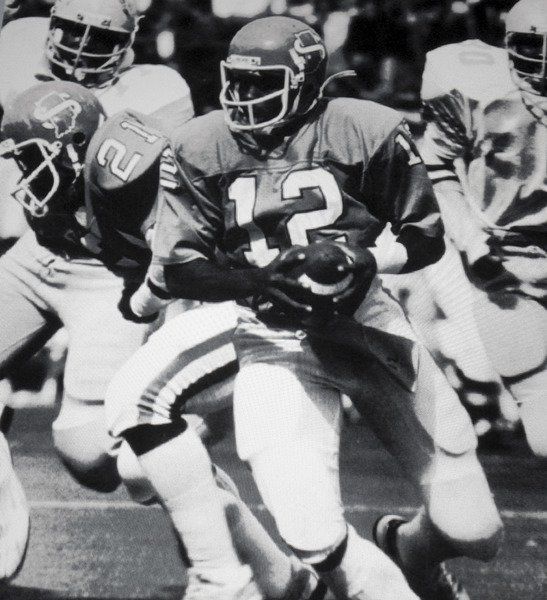 Division I QB: Reggie Allen was Indiana State's quarterback during some of its time as a Division I team. 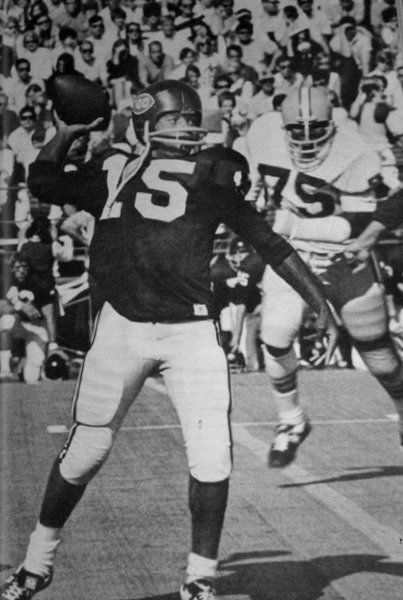 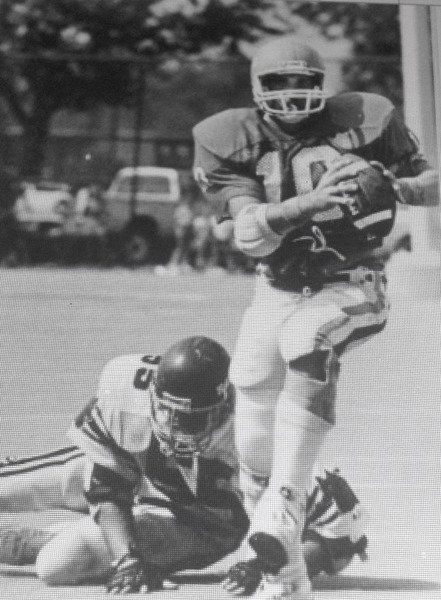 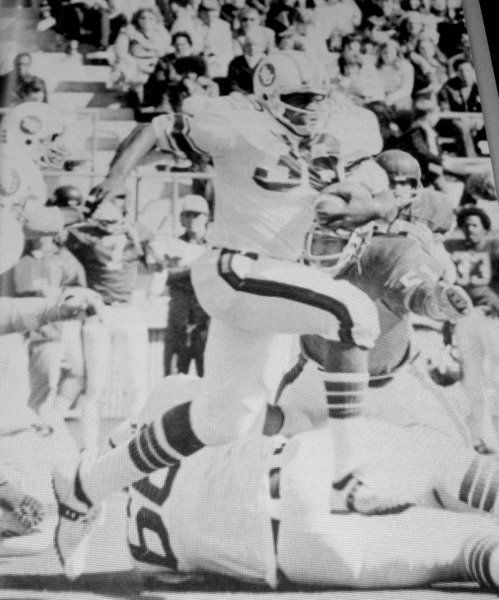 A chance to run: Mel Burks was a ferocious blocker but also a dangerous runner at Indiana State.

He's No. 1: Vincent Allen had four consecutive seasons with more than 1,000 rushing yards for Indiana State.

Division I QB: Reggie Allen was Indiana State's quarterback during some of its time as a Division I team.

A chance to run: Mel Burks was a ferocious blocker but also a dangerous runner at Indiana State.

I'm sorry to report that the pre-2000 Indiana State offensive skill-position football players aren't quite as colorful as some of the Top 5 groups that have preceded them.

A couple of the guys I know best among these guys you are about to read about did give me some "Oh, no!!!" moments, probably inspiring Ron Santo to talk about Brant Brown several decades later, but mostly it's just a bunch of really good players, the skim milk beneath the cream that's risen to the top.

A couple of positions don't make the Top 5 at all, primarily because choosing among them was so tough.

Wide receivers, for example? Start with Steve Schmid, sure-handed yet able to get deep in big moments, the first of the great ones I met after I arrived on campus in 1966; Glenn Damato, same description (except for that one time); Eddie Ruffin and Kirk Wilson, the speed merchants brought in for the short-lived transition to Division I; and later all-time single-season leader in yardage Steve Elmlinger and All-American Charles Swann.

Tight ends? Big John Truitt was a star on the 1966 team and apparently the first Sycamore to be drafted by the National Football League (and also son of the dean of students with the same name); we've already mentioned Charlie Karazsia; and Hubert Moore was a stud. Green Bay's Robert Tonyan Jr. came too late for this list.

Running backs? For ISU fans of a certain age, there's only one. But in the shadow of the player ranked No. 1 on this list were stars like aspiring Pittsburgh Steeler Jim Brumfield (except for that one time); his skinny and feisty younger brother Larry, with frightening outside speed on the Sycamores' wishbone team; Tommy Lenz, the wishbone halfback who ran the inside plays; Rip Warren, unfortunately known primarily for having the greatest Blue-White game in ISU history (200-plus yards by halftime); James Banks, a pretty good player and also the father of two freakishly athletic kids who unfortunately got recruited away from the Sycamores; Milt Allen, a workhorse; and All-American talents Derrick Franklin and David Wright.

And there are three quarterbacks coming up, which leaves Roger Voorhis — who had Cincinnati beaten with a bomb in the 1972 season opener if Damato had held the ball in the end zone — and John Sahm on the fringe of the Top 5.

Mel Burks was Monroe's teammate for one season, complementing Monroe's ball-carrying abilities by being perhaps the best blocking fullback Sycamore fans have seen. Another good one-two punch was the two fullbacks already on the team when I got to ISU, Dean Klink and Bob Komara; Jesse Ealy was listed as a halfback but blocked like a fullback; Willie Lee was a defensive end switched to fullback, and his bursts up the middle made the wishbone year successful; and O.B. Barnett had moments as well.

4. Reggie Allen — Coach Dick Jamieson's prediction that Reggie would do for ISU football what Larry Bird had done for basketball didn't completely pan out, but the Sycamores were 8-3 against that Division I schedule when he was a sophomore, and he finished with more than 5,000 yards passing and 29 TD passes.

3. Jeff Miller — Frankly, he's the only ISU quarterback I ever thought was a cinch to make the NFL. A two-time Missouri Valley Conference Offensive Player of the Year and a member of the ISU Hall of Fame, he chose to sign with the Chicago Bears (who already had Jim McMahon, Steve Fuller and Mike Tomczak back from their Super Bowl-winning team).

Big, strong, athletic and accurate, he was the whole package for the mid-1980s teams coached by Dennis Raetz that were perennial playoff contenders. And, having seen them both, was better than his Eastern Illinois counterpart Sean Payton.

The NFL didn't consider Verbie because he's about my height and probably weighs less. But in every book I'll write, he's the best ISU quarterback ever.

Best throws? I saw him complete a 40-yard pass at Akron while running for his life toward the sideline and with a defensive lineman around his waist. Facing a two-point deficit in the final moments of a game at Eastern Kentucky, he threw the ball 50 yards into a gale but Jim Brumfield — beyond the defenders and seemingly headed for a game-winning touchdown — dropped it.

Best game? Verbie had a separated shoulder when the Sycamores played at Evansville during his first season; he wasn't supposed to play, but he was in uniform.

The Sycamores, probably at least a two-touchdown favorite, got nothing going offensively and trailed in the fourth quarter, so coach Jerry Huntsman put Verbie in — his right arm seeming to hang below his knees. No way could he have thrown a pass, but as soon as he entered the game the ISU running game was clicking on all cylinders. ISU won 15-14.

How did that happen, I asked Huntsman afterward. "He's our stemwinder," was the answer.

1. Vincent Allen — Another great player about my height (possibly a little heavier, definitely a lot stronger), Vince had four straight 1,000-yard seasons and is the Sycamores' all-time leading rusher.

He was a contemporary of two-time Heisman Trophy winner Archie Griffin of Ohio State and, for my money, every bit as good. Most of those 4,000-plus yards were right up the gut, where is stature may have been helpful. By the time defensive linemen found him, he was jitterbugging through the secondary.