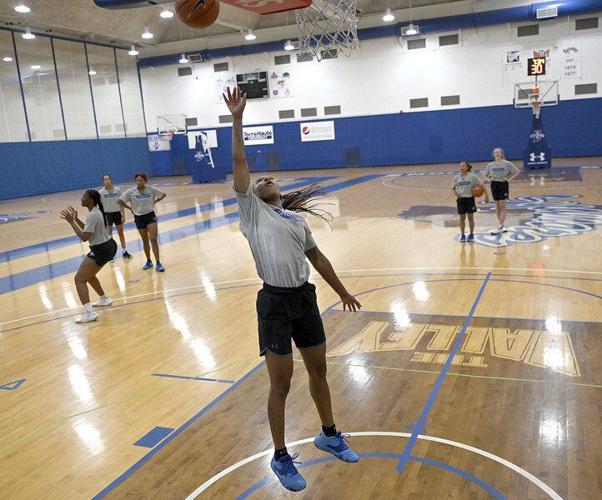 Tribune-Star/Joseph C. GarzaMaking the right cut: Indiana State’s Del’Janae Williams lays up the ball off of a drive to the basket during the Sycamores’ practice on Tuesday at ISU Arena. 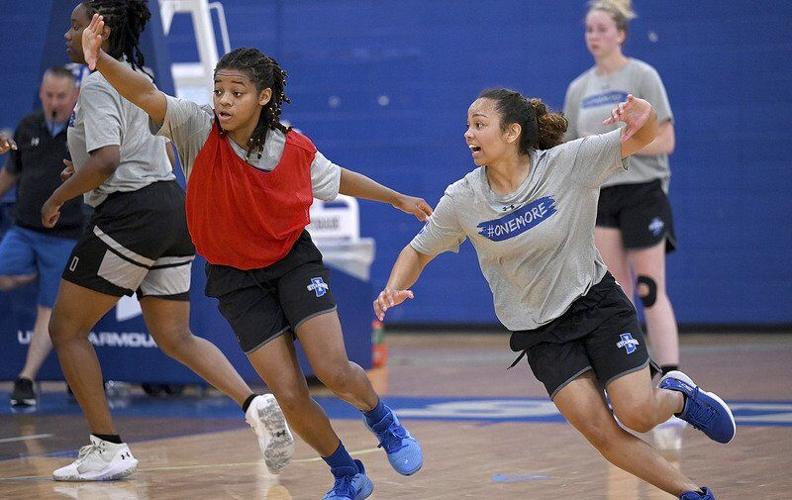 Tribune-Star/Joseph C. GarzaBack at it: Indiana State’s Caitlin Anderson guards teammate Sommer Pitzer during the Sycamores’ practice on Tuesday in the ISU Arena. 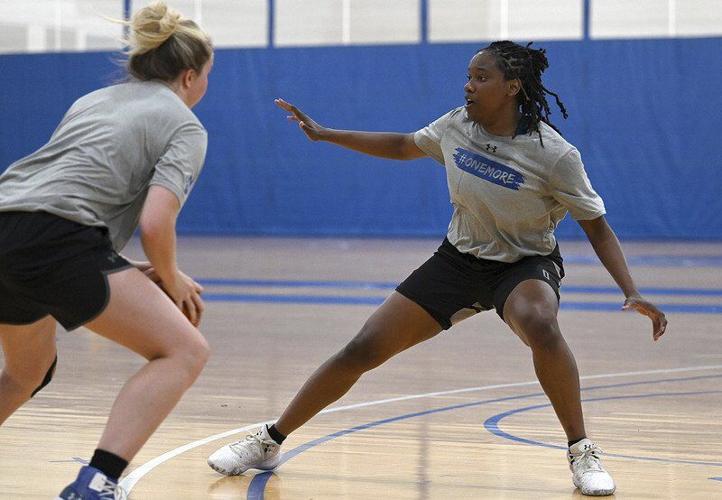 Tribune-Star/Joseph C. GarzaMaking the right cut: Indiana State’s Del’Janae Williams lays up the ball off of a drive to the basket during the Sycamores’ practice on Tuesday at ISU Arena.

Tribune-Star/Joseph C. GarzaBack at it: Indiana State’s Caitlin Anderson guards teammate Sommer Pitzer during the Sycamores’ practice on Tuesday in the ISU Arena.

Indiana State’s women’s basketball team has something that’s worth its weight in gold as the current college athletics state of affairs go. Something that wouldn’t have been all that noteworthy as recently as three or four years ago.

Only one women’s basketball player who had remaining eligibility — Arianna Smith — left the Sycamores’ roster after the 2022 season. That’s exceedingly rare in an age where players have freedom of movement to transfer at-will.

The ISU women entered their second week of June workouts on Tuesday at ISU Arena. It’s full steam ahead with a crew of Sycamores who know each other’s tendencies.

“It helps a lot. We know what we’re looking for and what we want to build. Our chemistry is great. Adding new people isn’t hard for us, we’re all on the same page,” ISU guard Del’Janae Williams said.

Not that there’s too many new players to assimilate into the ranks. Nine Sycamores all have previous experience on the team. That includes three players — Adrian Folks, Sommer Pitzer and Hattie Westerfeld — who missed most of the 2022 season due to injury.

With that kind of experience back, and with second-year coach Killinger out of get-to-know-you-mode and being able to integrate more detailed concepts, the preseason approach from one year to the next is vastly different.

“You try to let them lead a little bit more. Last year at this time, the returners and the coaches was all we had. I think they’ve responded really well, especially in the weight room,” Killinger said.

The weight room was one area of emphasis once ISU’s season ended last March.

“They’ve really attacked that in the offseason and I feel like we’ve made a lot of gains there. Some of the new kids haven’t lifted weights like this, so they’ve done a tremendous job of staying focused there,” Killinger noted.

ISU is not far removed from the roster churn that many programs experience. Prior to the 2019-20 season, then-coach Vicki Hall completely turned over the ISU roster. Many of the oldest players on the Sycamores right now are a product of that abrupt change in personnel.

Players like Williams, Folks, Pitzer, Mya Glanton and Caitlin Anderson have been through two instances of acclimation — their first under Hall during the 2020 season and then again under Killinger in the summer of 2021. They know the drill and they know what gets a team moving in the right direction.

“We’ve been communicating, trying to hustle and make each other better. We’re talking through everything,” said Pitzer, who said she’s fully recovered from the knee injury she suffered early in the 2021-22 season. “We talk through ball screens, whose passing the ball, whose reading the break, just whatever puts us all on the same page.”

There are new players on-hand. Nicholls State transfer Chelsea Cain, Oakland transfer Alona Blackwell and true freshmen Lily Niebuhr and Bella Finnegan will hopefully help the Sycamores with one thing that plagued them in an injury and COVID-19-riddled 11-20 2022 season — increased depth.

“I think they’re doing well, granted, it’s our fourth workout. Kids with experience are helping them to do what they need to do,” Killinger said. “Del’Janae is stepping up to be more of a vocal leader. Those kids are willing to follow and you don’t always get that”

Williams said being vocal doesn’t come easy, but she’s found her own method of applying it.

“I like to lead by example. I’m still learning to be a vocal leader. Sometimes, if I know someone is afraid to ask a question? I’ll ask it even if I know the answer so that they’re comfortable,” said Williams, who said her goal for next season is to want to play at a faster pace and fight through fatigue better than she has in past seasons.

Killinger has another advantage — those newcomers are in Terre Haute a month earlier than their counterparts were in 2021.

Though ISU has continuity it has not yet established a winning tradition. ISU’s last winning season was in 2015 under Joey Wells and last winning MVC campaign was in 2014 under current Indiana coach Teri Moren.

Killinger is well aware that, experience or not, there’s still a lot of work to be done.

“We have to continue to push that one-day-a-time thing in terms of development. We grew a lot last season, but we have a long ways to go to become a program where winning is the complete priority,” Killinger said.

“As we go through the summer, we’ll challenge them more with more competition-type stuff. Right now, it’s about getting back into the swing of things. Reading offense and making good reads, basketball IQ things, are the focus right now,” he concluded.