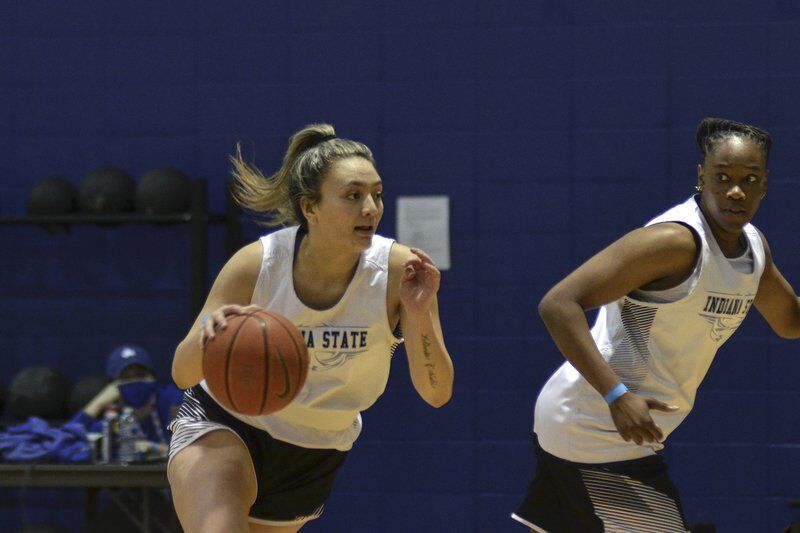 On the break: Indiana State junior Essy Latu cuts to the rim during Friday evening’s practice inside the Arena. 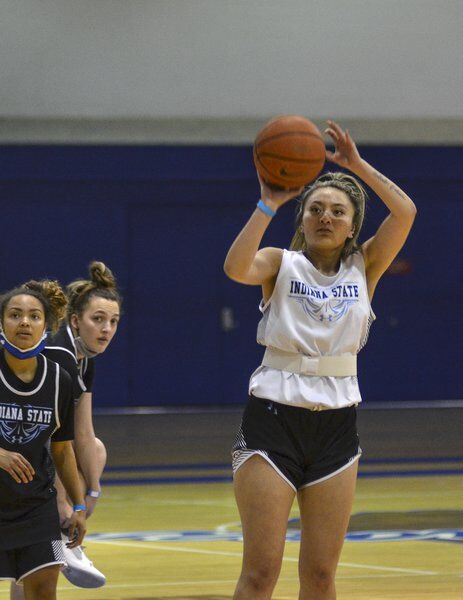 Up and in: Indiana State junior Essy Latu puts up a shot during Friday evening’s practice in the Arena. 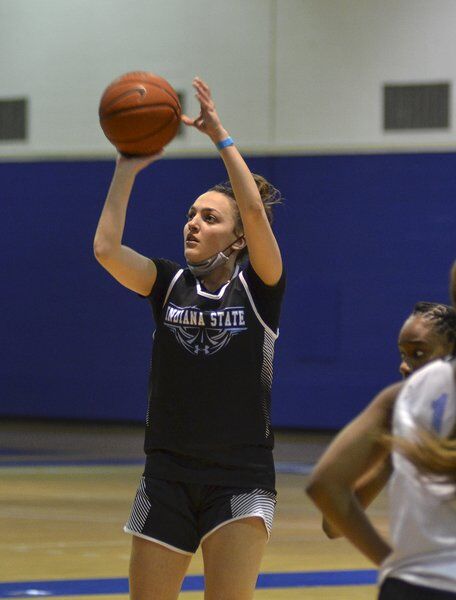 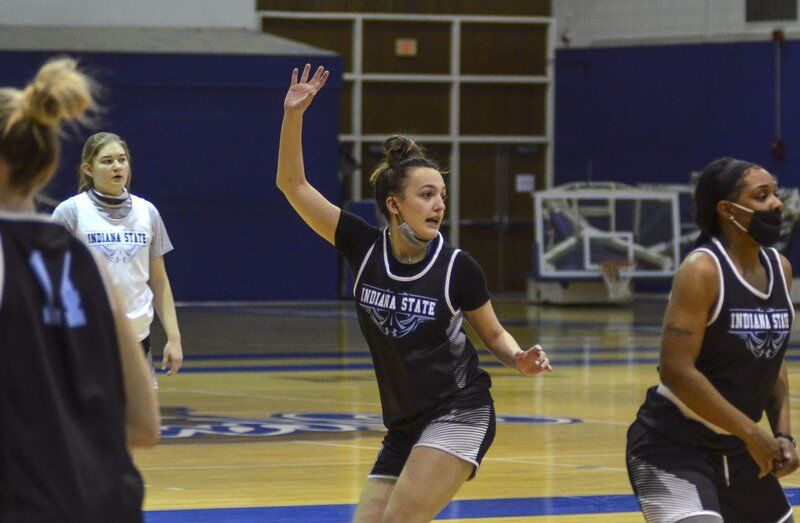 On the break: Indiana State junior Essy Latu cuts to the rim during Friday evening’s practice inside the Arena.

Up and in: Indiana State junior Essy Latu puts up a shot during Friday evening’s practice in the Arena.

It takes only a few seconds of conversation to realize that new Indiana State women’s basketball players Essy Latu and Natalia Lalic are different than the Sycamores’ usual recruits.

They speak with a distinct accent — Australian, to be exact. That’s because the 5-foot-10 Latu is from Brisbane and the 5-11 Lalic is from Adelaide, both large cities in the Land Down Under.

However, both players have spent the last two years playing basketball in the United States — Latu at Central Wyoming College and Lalic at Mineral Area College — before transferring to ISU in 2020 to start their junior years.

Latu and Lalic didn’t know each other before this summer, yet they still became roommates.

Another similarity they share is their reputation for accurate 3-point shooting. Latu admitted, perhaps half-jokingly, that she never met a shot she didn’t like.

“That [outside shooting] is what we needed on our team,” ISU women’s coach Vicki Hall pointed out. “We’re really excited to have them.”

Lalic and Latu described how they started in Australia and eventually ended up in western Indiana.

“[The Sycamores] had been interested in me since pretty much from the start of my sophomore year,” Lalic mentioned. “They were on to me the whole time, which I really liked. They didn’t stop. They were persistent.”

Once Lalic came to Terre Haute for a visit, her initial positive thoughts about the city, the university and the team were confirmed.

“I was here for about three days,” she recalled. “So I really got the feel for the campus and the town . . . and I was hanging out with the teammates. So I really enjoyed it.”

Unlike Lalic, Latu didn’t get to visit Terre Haute before she signed her national letter of intent to attend ISU. The COVID-19 pandemic had started to flex its evil muscles around the world, causing travel restrictions that prevented her from coming when she wanted to.

But Latu’s long-distance communications with Hall and her assistant coaches were encouraging enough to convince her that ISU was the place to continue her athletic and academic careers.

“They were making me feel like I was important to them,” Latu said.

Both newcomers admitted that living in Terre Haute is different than living in Australia. No surprise there.

Somehow, however, Latu was under the impression that she was coming to a big city.

“I think of it as a small town,” she said with a chuckle, adding that Brisbane’s population is about 2.5 million people.

Latu looks forward to learning more about what Terre Haute has to offer, but COVID-19 guidelines are keeping her near teammates and coaches almost constantly.

Speaking of the coronavirus, both said their home country is dealing with the spread of it more efficiently than the U.S.

“Honestly, we’ve been very on top of it [in Australia],” mentioned Lalic, who receives reports from relatives in her home country.

“My state [South Australia] didn’t have any cases for a couple months. Last week, we had 17 overnight and the whole state went on lockdown for seven days.”

In the United States, though, she described the COVID-19 situation as “pretty crazy.”

“I want freedom,” Latu said with another chuckle. “I want my freedom back.”

Both sharpshooters believe in the potential of the ISU women’s basketball team more than this country’s potential for slowing down the virus spread anytime soon.

“We’re a very close team,” Lalic emphasized. “Everyone was very open [to welcoming us] when we arrived.”

“All of us on the team are really close,” Latu echoed. “We all get along. We all know how to criticize each other and how to pick each other up. It’s really easy to get along with this team.

Hall’s Sycamores will tip off their season Wednesday night at the University of Illinois. Because of COVID-19, no fans will be allowed inside the State Farm Center in Champaign, Ill.

“I think we’re ready,” Latu proclaimed. “We’re ready to give a fight.”