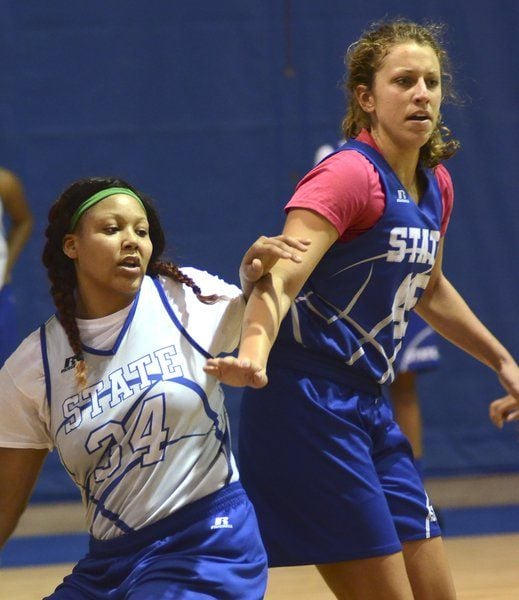 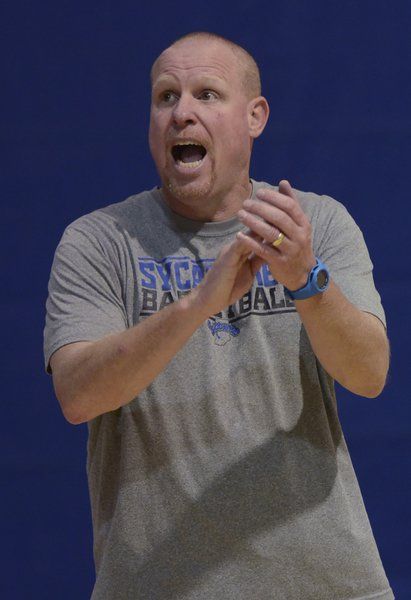 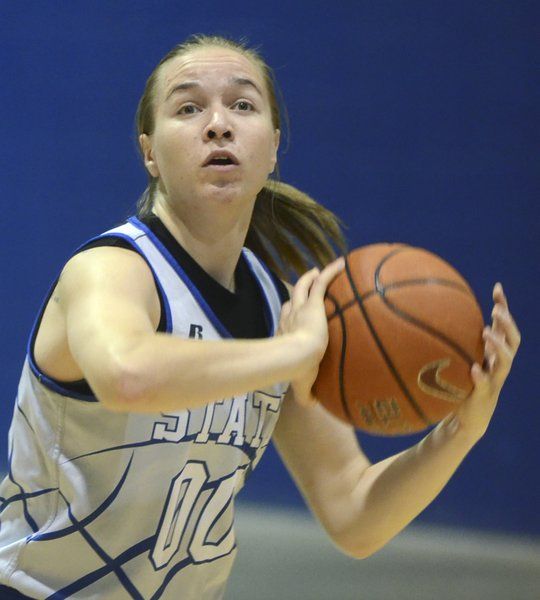 New Indiana State coach Joey Wells is only new as far as his title. A majority of the Sycamores' women's basketball players know him well and love his jovial personality.

But when the whistle blew for the official start of practice, they also know it was time to get to work. With 10 players who have been a part of the program for at least one year, they know what's expected.

"The first two days of practice the thing that we want to get set is — and we have three new players and three redshirt players that were [sitting] out [last season] — we want to set the tone his is our chance to act professional and get work done. Before practice, we can joke around, but during, it's all business. We want to set that tone that this is the way our practices are going to run and this is the intensity we need for the whole two hours," Wells said prior to taking the floor.

Point guard Natasha Zurek, one of seven seniors returning this fall, knows what Wells — a vocal practice coach each of the previous two seasons — wants to see in practice and she expects a "smooth transition" with Wells at the helm.

"We have seven seniors and that's the most we've ever had since I've been here. I think it's going to be good for us because we have a lot of leadership. We have three new players that are adapting very well, catching on pretty quick," Zurek said.

The Sycamores will need production from different sources to replace two giant holes in the backcourt. Anna Munn graduated as No. 13 scorer in the history of the program, and Bilqis Abdul-Qaadir —  the Missouri Valley Conference Newcomer of the Year last season — was integral in the Sycamores' march to the first conference title since 2006.

Wells said he can see that coming from a variety of places. Junior college transfer Jasmine Grier showed potential to be one of those players picking up the scoring slack as the 6-foot wing player scored in double figures in five of the Sycamores' last eight games. A spread-the-floor forward, Chelsea Small emerged in her first Sycamore season with an average of 6.5 points. Sophomore Rhagen Smith, praised by Wells for her off-season work ethic, and transfers Kelsey Dirks, Cierra Ceazer and Joyea Marshall are among the others who could produce for Wells and his staff.

"We're hoping there's a couple players in there that can step up. ... We're hoping it's different players on different nights that can step in and fill those points," Wells said. "That's one of the changes we're going to be making. Offensively, we won't be as structured as far as set plays. It's more of a 4-out, 1-in motion. We're talented enough, just loosen up the reins a little bit, we have players that can go make plays. The great thing about it is, with the seniors they're so unselfish, that we don't have to worry about the right people getting the right shots because they already know who should be shooting and where they can get them from."

Wells expects defense to continue to be a strong point for ISU. The Sycamores set a program record for points allowed in 2012-13 and led the conference in opponents' field-goal percentage in 2014.

Zurek was impressed by the work ethic she saw during the off-season.

"Our preseason was really good for us. We had weights and conditioning. We really worked out and were able to make strides to get ourselves ready," said the senior, who is in line to share point guard duties with Alexis Newbolt, a transfer from Moberly Area Community College. The slightly-built Newbolt could be an well-suited complement to the rugged play of Zurek.

Zurek looks forward to helping the newcomer to Division I basketball learn the ropes. Newbolt will also have Abdul-Qaadir, a graduate assistant for ISU, around for guidance.

"I'm just excited to take the knowledge from all the previous point guards I've worked with and share that with her. She's going to split time so we've got to be able to help the team out and be on the same page," Zurek said.

Wells said he knows he'll be on the same page with two more newcomers to the program. Janet Eaton was hired as an assistant coach and she'll serve as recruiting coordinator. Josh Keister will primarily work on the Sycamores' offensive gameplan.

"There's no need to work on anything because there's already the trust. In coaching, that's what goes everywhere, is trust," said Wells, who flashed a smile when asked about the opportunity he has as Division I head coach.

"It's a dream come true. As coaches, we all have ambitions to run our own program. For me to have an opportunity to do this at this level ... it's been anxious excitement."