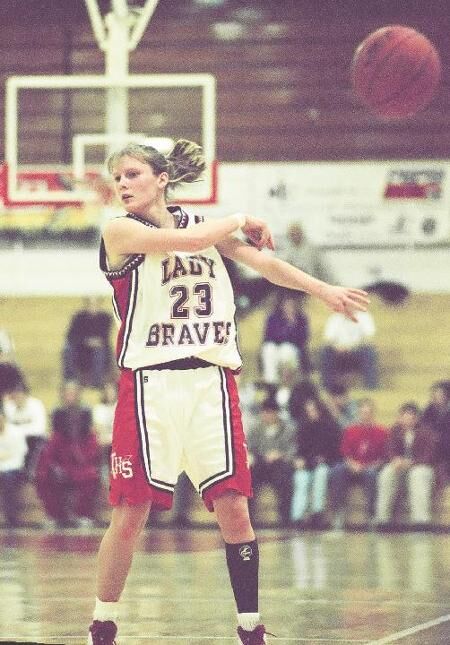 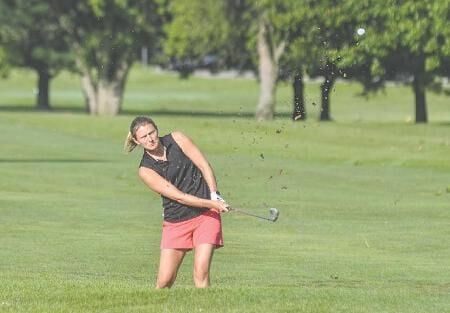 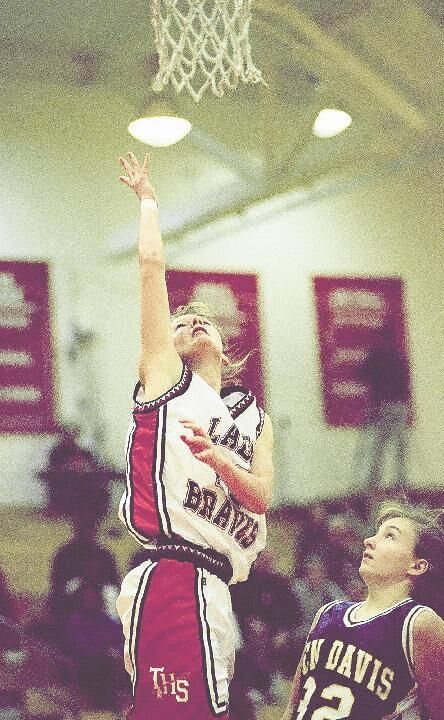 The rich athletic tradition at Terre Haute South High School has been chronicled this week, and that tradition definitely extends to girls sports.

The Braves had had many McMillan Award winners, several members of the Indiana All-Stars in basketball (plus a couple of other players who should have had that honor), some of the best volleyball players in the state or even the nation and individual state champions in swimming and diving.

And they've had Cara Stuckey, who has been determined to be the Braves' Most Memorable Female Athlete.

Stuckey is arguably the best golfer in South history and, since graduating from Indiana University and playing for the Hoosiers, has made a shambles of the women's city golf tournament; despite an improving field of players with her in that annual summer event, it's big news only on the rare occasions when she doesn't win.

She was a four-year starter in softball too, but the memorable part of her resume involves basketball. She almost certainly helped three friends and teammates earn spots on the Indiana All-Stars (which may have been the tiebreaker for another award) and at one time was playing on a team that included five players with more than 1,000 points in their high school careers.

But here's the statistic that may have clinched the decision to make her the focus of this story: if Stuckey was overshadowed by the 1,000-point scorers and Indiana All-Stars, she outscored all of them. She was South's all-time leading scorer until Amani Brown passed her in 2019, also is the Braves' all-time leader in assists (that statistic is not a surprise) and ranks fourth all-time in steals.

"She's the most talented, team-oriented player I've ever coached," Alan Maroska said recently. "She scored when we needed her to score. She spent the rest of the time making the other ones happy."

"As the point guard, [keeping her teammates happy] was my job," Stuckey said this week. "I just wanted to win."

Maroska considers Stuckey and Valerie Evans — who wasn't an Indiana All-Star either — as the best two players he had in his tenure as South's girls coach. "They dominated from the first day they stepped into practice until the last day," he said.

"I played basketball with the boys starting in first grade," Stuckey said. "It makes you competitive. Me and Dorcas [Lawson] were the only girls playing, and we were on the same team . . . then me, Dorcas and Joileen [Brewer] played on an AAU team with my dad [Larry Stuckey coaching]."

Those three players, all in the 1,000-point club, became the nucleus of four good South girls teams. "It was just a matter of adding pieces," Stuckey said. "My goal was always to win the state title."

Unfortunately for the Braves between 1996 and 1999, they were playing in a legendary time for Indiana girls basketball. Martinsville, with superstars Kristen Bodine and April Traylor, won back-to-back championships in 1997 and 1998 and Ben Davis, with its own superstars in Ashley Allen and Shyra Ely, would double up in 2000 and 2001.

In 1999, however, when Ben Davis was nationally ranked, the Braves got past them in regional play. But the semistate included a Connersville team led by Miss Basketball April McDivitt, and a Jeffersonville team led by Connecticut recruit Kennitra Johnson. South lost to Connersville and McDivitt in the afternoon game, and Jeffersonville went on to a state championship.

Martinsville was even better in golf than it was in basketball during those years, and was a sectional opponent for the Braves each fall. So South didn't advance from its sectional as a team until Stuckey's senior year, although she reached the state finals as an individual three times and lost a playoff to get there in her other season.

Even in softball the Braves had tough opponents to deal with. Stuckey remembers being part of two sectional championship teams, but her freshman year was 1996 (Turkey Run was their first regional opponent) and her junior year the Braves ran into Center Grove. "We lost to the state champion both years," she recalls.

Her other two sports began by competing against boys too, Stuckey pointed out. Her softball experience started with her participation in Dixie Bee baseball, and the boys in the Kluesner family were her golf buddies "every day in the summer," she said.

Most people know she's never been anything but a South Brave either, with the exception of her years at Indiana University. She's been a math teacher at her alma mater since graduating from college, was an assistant and then a head coach in basketball for awhile, and is still South's coach in girls golf.

Honorable mention — As indicated earlier, there were plenty of candidates for the Most Memorable title. Mentioned most often when South fans were polled were Melanie Boeglin, sparkplug of the 2002 state championship basketball team and maybe Indiana State's best player ever; Evans; and Katelyn Bishop, one of the nation's top volleyball recruits when she was signed by USC.

The following list includes those names and almost 100 others. It's in alphabetical order and uses the players' maiden names, which hides the fact that there are at least two mother-daughter pairs on it.