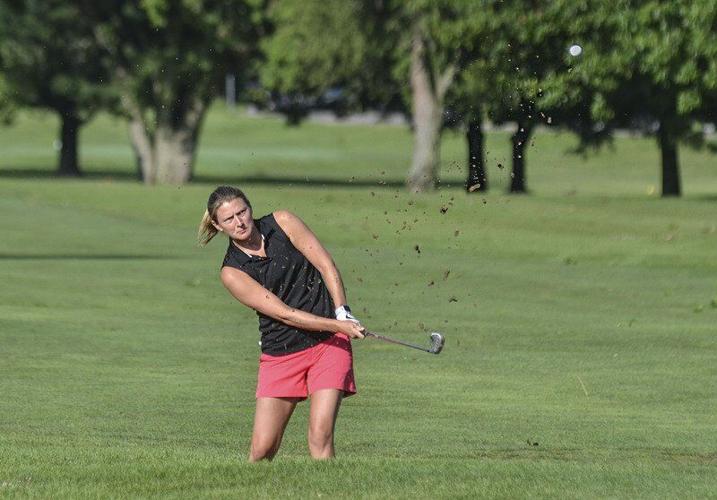 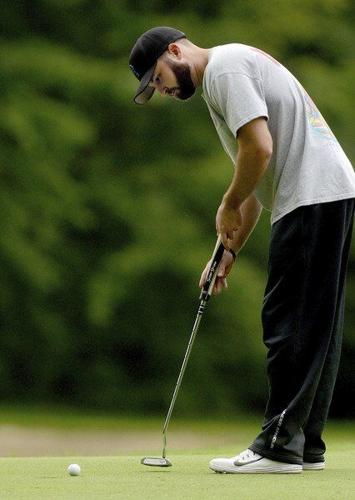 Hitting his putts and everything else: Kyle Stevenson taps in a putt on the 15th hole at Hulman Links during the Wabash Valley Classic men’s golf tournament Sept. 22, 2018. 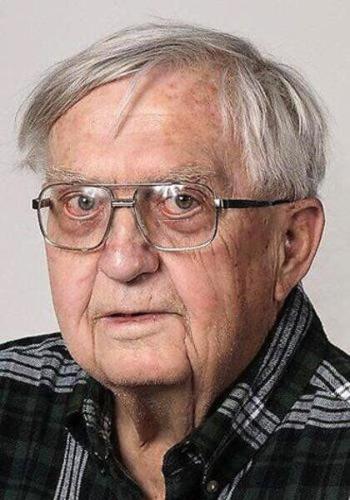 Hitting his putts and everything else: Kyle Stevenson taps in a putt on the 15th hole at Hulman Links during the Wabash Valley Classic men’s golf tournament Sept. 22, 2018.

Tom covered big events — such as 1978-79 Indiana State men’s basketball games and several Indianapolis 500s — over his six-decade newspaper career. But he enjoyed Terre Haute events, with much smaller crowds, just as much.

Among those who seem to mention Tom’s name most often are the golfers. Terre Haute North High School’s boys golf team even named an annual spring tournament after him.

As far as I know, Tom was not a golfer himself. But when the weather was nice, he liked to hang out by the course scoreboard, chatting with golfers and coaches who finished their nine or 18 holes while he wrote down scores for his story that would appear in the next day’s sports section (or online in recent years when he was in “semi” retirement but still covered games and matches).

Tom isn’t around anymore. I was just getting used to his on-point comments under my Facebook posts too.

But there are golfing events coming up as summer kicks in, so let me share a few with you. Tom would want that.

• The annual Terre Haute Women’s City match-play tournament, sanctioned by the Terre Haute Women’s Golf Association (THWGA), will take place July 9-11 at Hulman Links. To qualify, you must pick a day between now and July 7 to play an 18-hole round and then wait to be flighted.

The $60 entry fee includes the qualifying-round and match-play green fees, the Monday lunch July 11 and prizes.

On a related note, someone please tell Edie Godleski — a six-time Terre Haute Women’s City winner herself — that I want to thank her for the kind note she mailed me a couple years ago. She left no return address — I believe she lives in Florida — and I couldn’t find her on Facebook. Thanks in advance.

• The men also have been getting ready for links action this summer. The Wabash Valley Golf Association (WVGA) will be presenting the two-round Mini-Classic next month. Entrants can play 18 holes at Clinton’s Geneva Hills on either July 8 or 9, then they’ll play the final round at Hulman Links on July 10.

Kyle Stevenson is the defending champion. Meanwhile, WVGA president Eddie Kanizer hinted that “new blood” may make some noise in the Mini-City this year. We’ll see.

“I know [WVGA vice president] Tom Jones and I are both excited about the Casey [Ill.] guys getting involved and I know some of them already played in the Senior event last month,” Kanizer mentioned.

Before the Mini-City will be the Interclub on Sunday.

“A little twist this year is the event will be held at Harrison Hills [in Attica],” Kanizer pointed out. “Each team will have eight players representing each course.”

Other big WVGA events on the schedule are the Mostaccioli Open on Sept. 10-11 at Geneva Hills and Hulman Links and the main event, the Wabash Valley Classic, on Sept. 24-25 and Oct. 1-2.

“First day will be at Geneva Hills,” said Kanizer, who added that players can choose any day beginning with the Monday (Sept. 19) of that week all the way to that Saturday for the first round.

“Then Round 2 will be at Forest Park, Round 3 at Hulman and then the last round at the Country Club of Terre Haute.”

That completes the golfing part of this column. But there’s one more thing that Tom Reck would want to say before shutting off his computer.