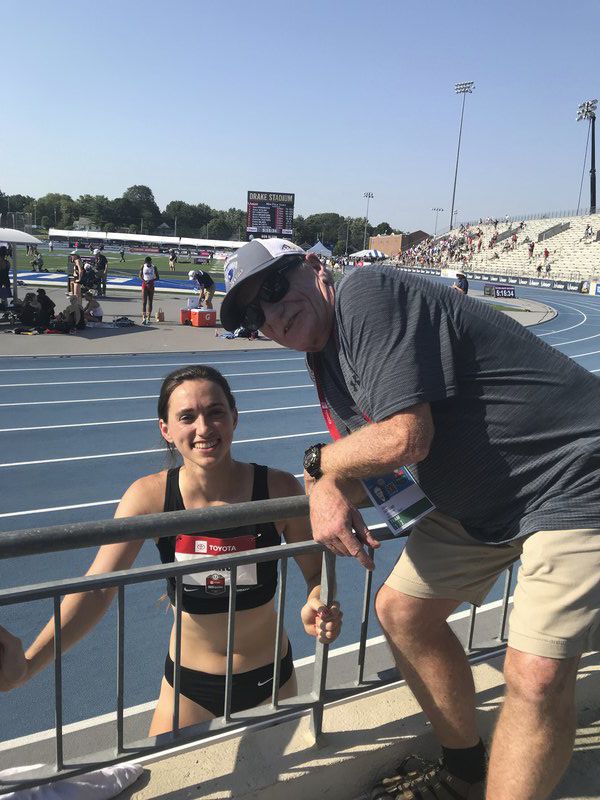 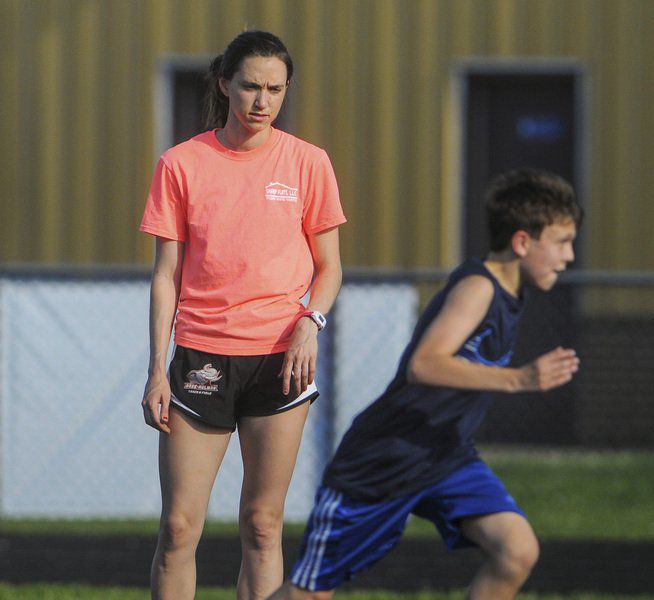 Local jumper: Liz Evans, a Rose-Hulman graduate, helps coach kids at a track camp in the summer of 2017.

Local jumper: Liz Evans, a Rose-Hulman graduate, helps coach kids at a track camp in the summer of 2017.

After typing in an item about Indiana State's stellar hammer-thrower Erin Reese for Sunday's Metro Roundup last weekend, I discovered — by accident — another familiar name in results from the 2019 Toyota USA Track & Field Outdoor Championships at Des Moines, Iowa.

That would be Terre Haute resident Elizabeth Evans, who placed seventh in the women's high jump with one successful leap at 6 feet after missing an attempt at the same height. That's one spot higher than she finished in the same prestigious meet last year.

Readers might remember this person better as Rose-Hulman graduate Liz Evans, who amazingly remains in the conversation as one of the top female high jumpers in the nation.

The winning height Saturday was 6-foot-5 turned in by Nike-sponsored Vashti Cunningham. Two other jumpers tied for fifth at 6-0, but they placed higher than Evans because they did not miss at that height.

"Early in the competition, I thought I was going to do a little bit better than seventh," she told me afterward.

A 2009 North Knox High School graduate who went on to capture five NCAA Division III national championships and two Division III national runner-up awards in the women's high jump as an Engineer from 2010 to 2013, Evans is still going strong at 28 — even after battling an assortment of lower-body injuries during this past indoor season.

In other words, she's not doing the high jump because she can't find other ways to make money. She's doing it because she still loves the competition.

Guided by longtime ISU coach John Gartland, Evans does most of her training at Rose-Hulman, Indiana State and the Terre Haute Fitness Center. She thinks she can continue performing at a high level for at least five more years, which means the next two Summer Olympics (2020 and 2024) are possibilities for her.

The 2020 U.S. Olympic Trials for track and field are scheduled for June 19-28 at Hayward Field in Eugene, Oregon.

"High-jumpers usually peak somewhere between 29 and 35, so my next best chances at making the Olympics are the next two Olympics."

Also worth noting, Evans plans to enter as part of a team in the "Train Yard 317 Indiana Ninja Warrior Competition" on Aug. 10 in Indianapolis.

"For the most part, there will be a bunch of bounding and leaping and swinging on bars and throwing ourselves from one bar to another bar," she explained. "There will be some climbing on a rope, but also some balance obstacles to run across."

Evans says she and her teammates will be dressed in similar costumes, possibly superheroes.

The Ninja Warrior event will begin at 10 a.m. that day at Train Yard 317, 1931 Stoutfield West Drive Building 2 in Indy, if anyone wants to check it out.