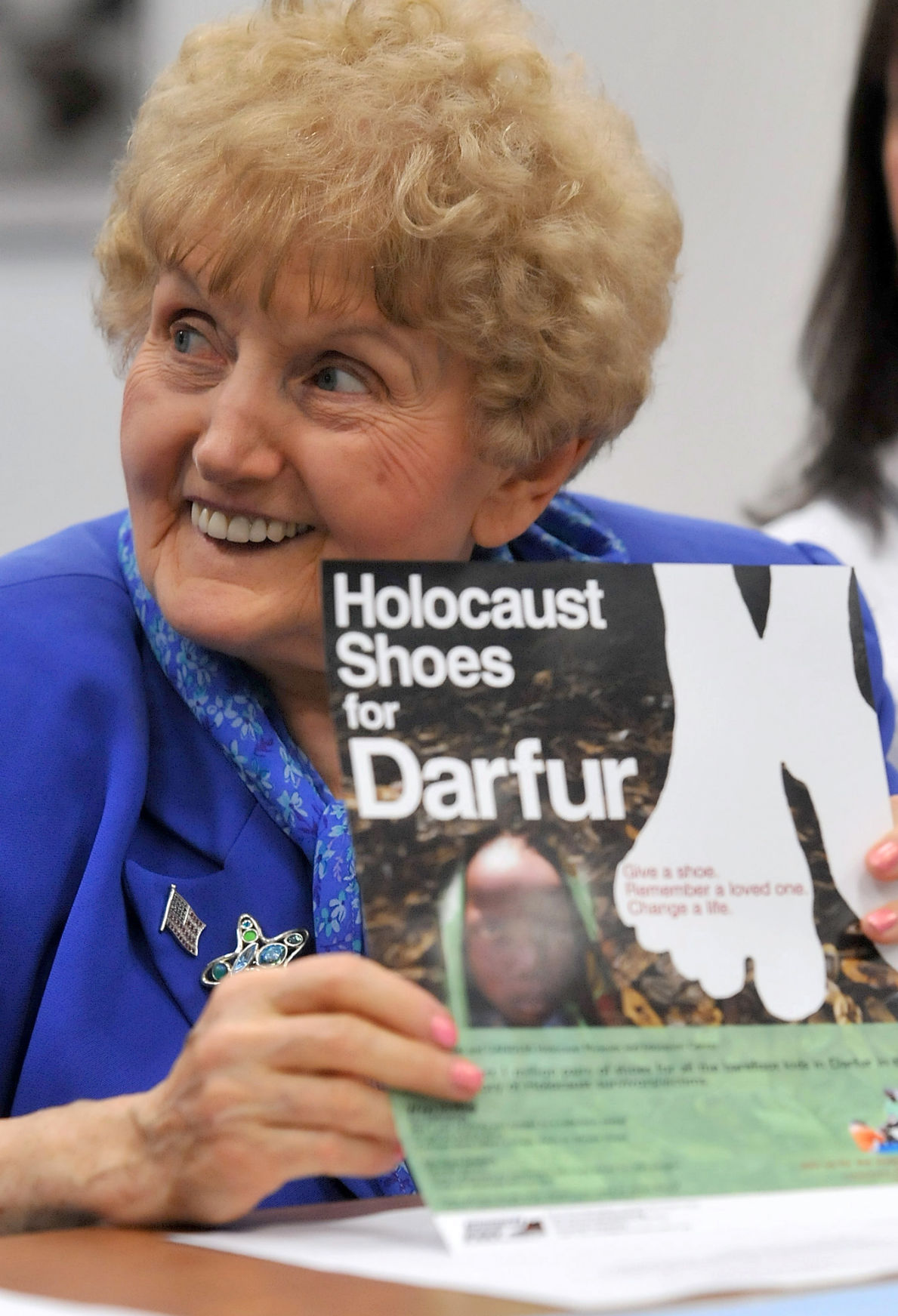 So much of Eva Kor's work contains timeless value.

The woman from Terre Haute tirelessly shared her message of forgiveness to countless people across this community, Indiana, the nation and the world. Kor wanted others to never forget how hatred led to Nazi atrocities in the 1930s and '40s. She and her twin sister survived the Nazis' torturous medical experiments at the hands of Josef Mengele, the notorious German doctor, at the Auschwitz concentration camp in Poland. Kor's parents and two sisters were among the six million Jewish people who died in the Holocaust.

Forgiving the Nazis had to be unimaginably difficult. Yet, Kor did so to free herself, she said. Her act inspired people around the globe to find their own path to forgiving others who had wronged them.

Kor's testimony has no expiration date, as long as it continues to be shared. She died July 4, at age 85, while on her annual journey to Auschwitz. Those trips allowed Kor to educate people traveling with her about the Holocaust at the site where she and her sister, Miriam, experienced horrid tests administered by Mengele.

The CANDLES Holocaust Museum and Education Center founded by Kor in Terre Haute will certainly continue to enlighten the public and perpetuate her life's work. But another platform is enabling young people to see and hear Kor guide them through the pivotal locations at the Auschwitz camp site — a tour that profoundly affected all who took it with her.

Indiana filmmaker Ted Green and public radio station WFYI collaborated to do a virtual reality tour of Auschwitz, narrated by Kor, created before her death. Green previously teamed with Kor to direct and produce a widely seen documentary, "Eva: A-7063." His collaboration with WFYI resulted in a new educational program, "Virtual Reality: An Eva Experience." (See details online at thestoryofeva.com.)

Freshmen at Sullivan High School experienced the program last Monday, with Green leading the session. The teenagers donned virtual reality headsets to let Kor take them on a 360-degree tour of the crucial points of the Auschwitz camp, where an estimated 1.1 million people were killed by the Nazis.

Students saw the selection platform, where Nazis chose which prisoners they deemed capable of working and which ones would be put to death. They also saw the "blood lab," where Mengele conducted his twisted experiments; the barracks; and the spot where Kor announced her forgiveness of Mengele and the Nazis, a half-century after Allied Forces liberated her camp during World War II.

Thanks to Green, WFYI and the wonders of technology, Kor's powerful retelling of her story — while standing on the very site upon which it unfolded — can reach more generations.

And it is powerful. Sullivan student Payton Templeton experienced the virtual reality program with her classmates. "It's really inspiring to know that she was able to forgive the people who did those horrible things to her and her family," Templeton told the Tribune-Star's Sue Loughlin afterward. Templeton realized "the little things I complain about all the time are not really that important. Much worse things happened to Eva, and she was able to forgive everybody."

The students have studied the Holocaust throughout last month under Jennifer Smith, an English teacher and library media specialist at the school. The goal, Smith said, was for young people "to make an empathetic connection to the importance of freedom and justice for all people."

Green, the filmmaker, also emphasized that Kor — "a little, 4-foot, 9-inch woman from Terre Haute who lived in a modest home" — made a huge difference with her life. Young people can, too, he added.

Thank goodness for technology, the art of filmmaking and, especially, the life and work of Eva Kor.