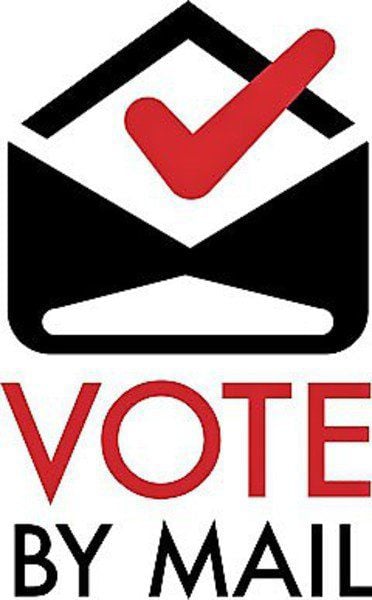 Courtesy Clerk’s Office, Essex County, N.J.Different system: Advocates of vote-by-mail for Indiana explain that ballots are returned in a secure envelope by mail or by placing the ballot in a “safe box” in a voter’s local community. Voters can also drop off their vote-by-mail ballot at a polling site. Return ballots would be opened by an automated opener, and the process is recorded on video. Each ballot contains an identification code, similar to a bar code, specific to each voter. 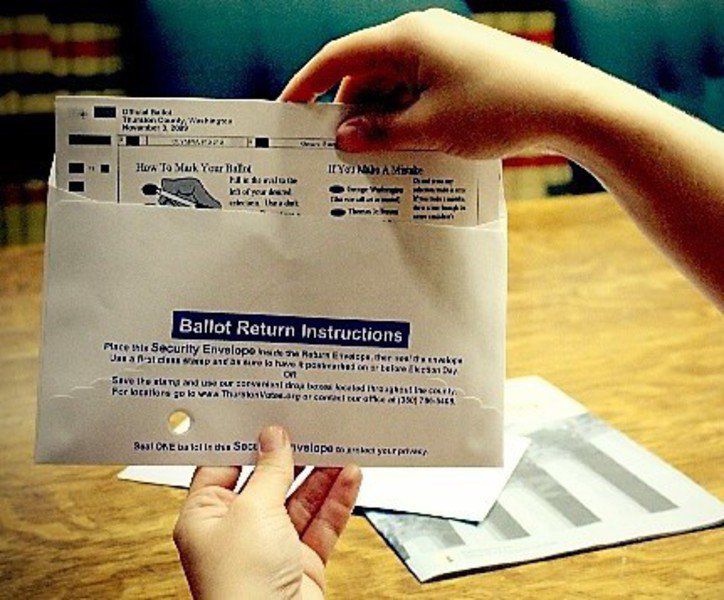 Courtesy Clerk’s Office, Essex County, N.J.Different system: Advocates of vote-by-mail for Indiana explain that ballots are returned in a secure envelope by mail or by placing the ballot in a “safe box” in a voter’s local community. Voters can also drop off their vote-by-mail ballot at a polling site. Return ballots would be opened by an automated opener, and the process is recorded on video. Each ballot contains an identification code, similar to a bar code, specific to each voter.

The word "local" tugs at our civic-mindedness.

Well-meaning campaigns urge us to shop local, buy local, think local (act global, to finish that phrase), eat local. The farm-to-table concept puts local products on neighbors' plates, instead of foods grown thousands of miles away. Patronize the corner cafes, pubs, hardware store and groceries. Let those dollars turn over multiple times in your own community. The national chain outlets hold appeal and variety, but don't forget to spread the love to the hometown businesses.

How about voting local? That's not such an easy sell. Races for mayor, city and county councils, school boards and township trustees just aren't as sexy as a nasty presidential or senate duel. Folks might religiously order biscuits and gravy every Saturday morning at their favorite family diner, but if the owner runs for county recorder, they might skip a trip to the polls.

The problem transcends apathy, though. For people with difficulties in traveling to vote centers or completing Indiana's layered path to ballot casting — elderly, disabled, working poor and recent movers (often the young) — the state's process dissuades them from participating.

A grassroots vote-by-mail effort, if successful, might inject more people into local decision-making. The topic has been discussed in the Indiana Legislature and community forums across the state, including a meeting last month of the League of Women Voters of Vigo County. Clyde Kersey, the state representative from Terre Haute, plans to introduce a bill in the 2018 General Assembly for a vote-by-mail system to begin in 2022.

"There is support gathering over here" at the Statehouse in Indianapolis, Kersey said. "I don't know how far it will go." Republicans have resisted most initiatives to ease voting access, opting instead to add restrictions such as the photo-ID requirement. Last winter, a bill by Kersey, a Democrat, would have automatically registered Hoosiers to vote when they conducted a transaction at a license branch. Instead, it got watered down by the Republican leaderships. Now, bureau employees must ask people if they want to register.

Vote-by-mail could spread voting to even wider swaths of Hoosiers.

In vote-by-mail, registered voters receive ballots by snail mail well ahead of Election Day. They can return the ballots by mail, place them in a secure community drop box, or deliver their ballot at a polling site. The system has several pros and some cons, and its overall effect on voter turnout isn't yet clear, said Wendy Underhill, director of elections for the nonpartisan National Conference on State Legislatures.

But, vote-by-mail does seem to boost turnout for local elections and special elections, such as runoffs or referendums. The ease of filling out a ballot at home, and taking extra time to study the candidates tends to increase participation, said Underhill, who emphasized that the NCSL maintains neutrality on the vote-by-mail concept.

"Voters don't have to do as much to mobilize in a small election," Underhill said.

The inevitable first question — thanks to the paranoia sewn by Donald Trump's ridiculous and unsubstantiated claims of "widespread voter fraud" to explain his three-million popular vote deficit last November — would be, "Is vote-by-mail secure?" The states using the system say its security exceeds other voting systems.

Ballots contain an individualized security code, which is optically scanned at a central election site. "You can't have two open ballots for one registered voter at the same time," said Bonnie Horlander, the Marion County-based organizer of Indiana Vote By Mail. Voters place their ballot inside a security envelope, which goes inside a mailing envelope. Their signature on the packet must also match the registration signature on record. Video recorders and poll workers from the two major parties observe the process.

If a voter loses or doesn't receive a ballot, they go to an election site, poll workers look up the number, invalidate it, and assign the voter another.

"It can't be hacked," Horlander said.

The concept isn't perfect. People hate change, and vote-by-mail is a big one. Also, some segments of the population — such as Native Americans on reservations — don't have street addresses and share post office boxes, the NCSL points out. Family members may try to coerce another in filling out a ballot. And, equipment for paper-ballot counting must be purchased (or resurrected), and that counting process can be slow.

On the upside, voters get extra time to study the candidate choices. They're more likely to participate in a low-profile election. And, counties save money on Election Day and early-voting staffing.

"It's so American," Horlander said. "Because, when that ballot is mailed, it's mailed in the same way and at the same time in every neighborhood."

It also limits manipulation in the Republicans-vs.-Democrats turf wars. "Neither party can suppress the vote with this," Horlander said.

Given that vote-by-mail's impact on overall voter turnout in all levels of elections remains murky, Underhill at the NCSL suggested that states pursue other participation-inducing strategies, too. "If the issue is turnout, the legislatures can consider other options as well," she said. A "whole bouquet of things" effect turnout.

Thus, Kersey — a member of the House Elections Committee — plans to reintroduce a bill he attempted last winter to implement Election Day registration and to extend the poll closing time in Indiana from 6 p.m. to 8 p.m. That would give people a 14-hour window to vote, as opposed to the current 6 a.m.-to-6 p.m. situation — the nation's shortest.

A summertime meeting of the Elections Committee to study various proposals, including polling hours, Election Day registration and vote-by-mail, has Kersey cautiously optimistic. Republicans, who control both chambers of the Legislature and the governor's seat, appear willing to consider ideas they've long rejected. "I don't know what's going on," Kersey said. "It seems like they're interested in election reform, or at least listening."