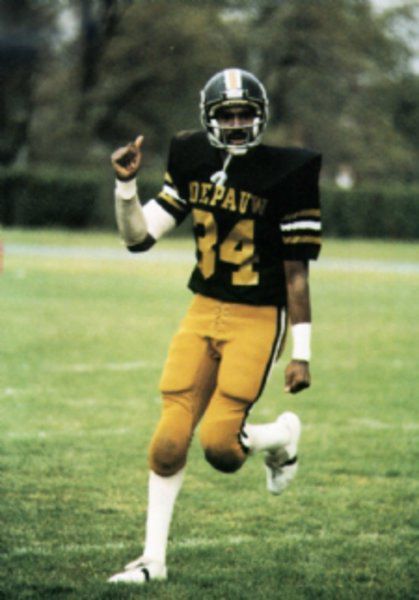 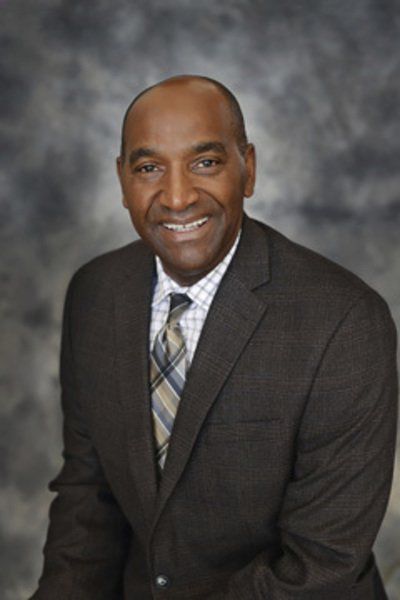 Courtesy DePauw UniversityGiving back: Alan Hill works with students regularly as DePauw University’s vice president for student academic life and dean of experiential learning. He returned last year to his alma mater to fill that role. 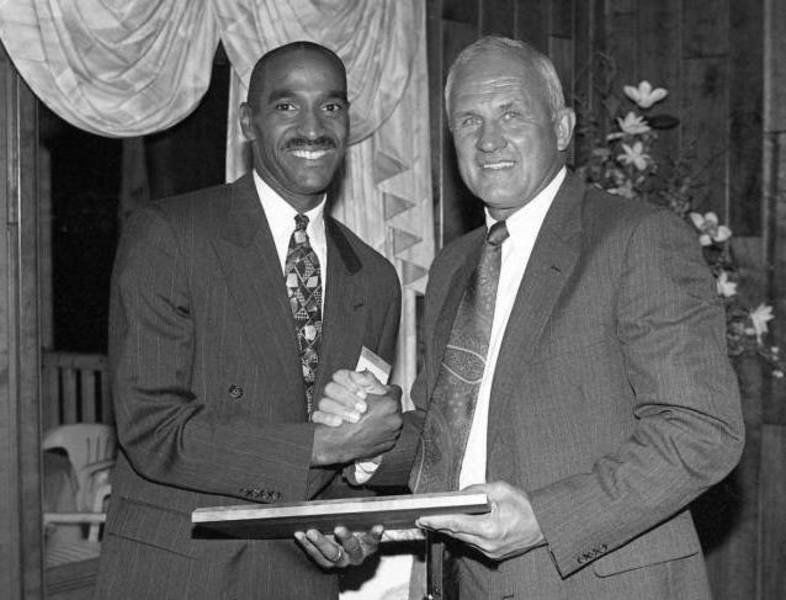 Courtesy DePauw UniversityPart of his career: Alan Hill spent a decade as an administrator at DePauw, before moving into similar roles at Alma, Franklin and Wabash colleges. Last year, Hill returned to DePauw, where he graduated in 1981. Here, he shakes hands with former DePauw athletic director Ted Katula in 1994. 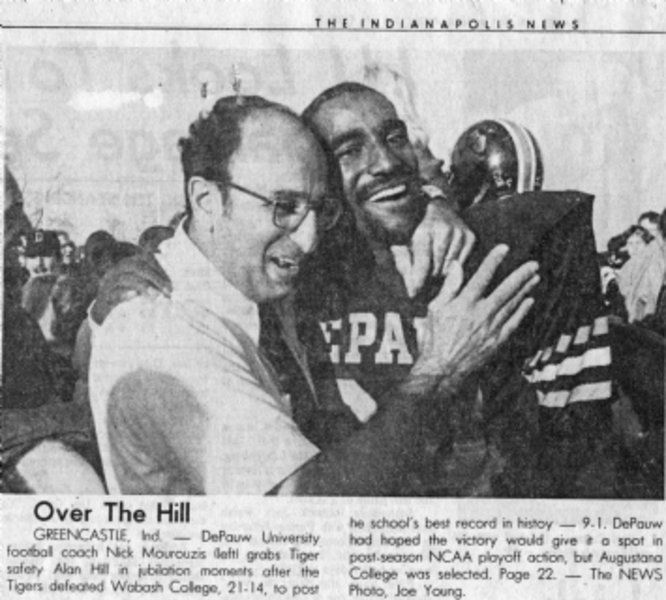 Courtesy DePauw UniversityGiving back: Alan Hill works with students regularly as DePauw University’s vice president for student academic life and dean of experiential learning. He returned last year to his alma mater to fill that role.

Courtesy DePauw UniversityPart of his career: Alan Hill spent a decade as an administrator at DePauw, before moving into similar roles at Alma, Franklin and Wabash colleges. Last year, Hill returned to DePauw, where he graduated in 1981. Here, he shakes hands with former DePauw athletic director Ted Katula in 1994.

In an era of Terre Haute’s history, troubles existed. The 1970s were no different.

Several cornerstone industries closed. Businessman and philanthropist Tony Hulman died, shaking up the local network of employers connected to his family’s interests. On a tour stop in Terre Haute, comedian Steve Martin noted a lack of after-5-o’clock downtown activity and infamously labeled the city the most “nowhere place in America.” Hard knocks, for sure.

Yet, potential existed here, too. Greats walked among us and great days happened, especially in the field of sport.

This summer, I caught up with a cross-section of the many people involved in those competitions decades ago. The conversations stemmed from my part in a group effort with the Tribune-Star sports crew to produce the upcoming book, “Legends Through the Decades.” (Check the ad in today’s edition for details.) The backstories of the athletes, coaches and teams were fascinating and inspiring. Without spoiling the contents of the book, I’ll share a handful of tales from those interviews that aren’t included in its pages.

Particularly memorable is the story of Alan Hill’s path from Terre Haute to his current career as DePauw University’s vice president for student academic life and dean of experiential learning. The short explanation is that Hill graduated from Terre Haute North High School, earned All-America status in football and track at DePauw, got a bachelor’s degree, played preseason games for the Dallas Cowboys, added a master’s degree at DePauw, worked for a major corporation and then entered his life’s calling as an administrator in higher education.

There’s more to it than that, though. Terre Haute played a role.

“There are people in that town who made a tremendous difference in my life,” Hill, now 59, recalled in July.

The list starts with his family. His parents, William and Helen Hill, raised Alan, his eight sisters and six brothers in Burnett, a small town in northern Vigo County. William worked for years as a laborer at Stran Steel, retired and then opened the American Shoeshine Parlor on Wabash Avenue. Helen cleaned houses for a living.

As a kid, Hill kept a job, too, delivering two newspaper routes — the Terre Haute Star in the morning before school, and the Terre Haute Tribune in the evening after school. “I got to meet people and learn business,” he said. In the intervening hours, Hill attended North, where he pole vaulted for the track team, placing third in the state and playing one season of football.

He remembers the bustling atmosphere in his late father’s shoeshine shop. “All the businessmen used to come in and get their shoes shined and hats cleaned,” Hill said.

Hill’s life was about to change. DePauw offered Hill a scholarship to study and compete at that liberal arts university in Greencastle. “Athletics opened the door for me to get a great DePauw education,” Hill said. “It made my father, my mother, and my siblings very proud.”

His father, born in 1904, had worked his entire adult life on an eight-grade education, Hill explained. DePauw’s interest in Alan impressed William. “Everybody aspires to see their kid do better than they did,” Hill said, “and he saw that as a pathway.”

It was indeed. And he stayed on that path. College “was transformational for me,” Hill said.

In track, Hill became a national champion by mastering the pole vault, an almost artistic event blending athletic talent, technique, a 15-foot pole and a bar of nearly equal height propped on posts. In football, he became the nation’s most elusive kickoff returner and a defensive back who intercepted four passes in a single game. That drew the eyes of the Dallas Cowboys, who signed Hill as a free agent and kept him through five roster cuts in the ‘81 preseason.

As summer training camp for “America’s Team” began, nearly 100 players assembled, competing for fewer than 50 roster spots. Newcomers were introduced and, Hill said, “There were only five of us that had completed our college degree at that time. It made me proud.”

With his bachelor’s and master’s, Hill worked for IBM, and then transitioned to a college administration career, first at DePauw, then Alma College in Michigan, Franklin College, Wabash College and then a return to his alma mater, DePauw, last year. Hill and his wife of more than 30 years, Jennett, live in Indianapolis. She was a sprinter during their college years at DePauw and now works as senior vice president and general counsel of Citizens Energy. “I married up,” Hill said, with a chuckle, “and I’m proud to say it.” Their adult kids — daughter Courtney, and son Preston — were born in Terre Haute. Courtney ran track at Southern Illinois University. Preston, studied at Georgetown University in Washington, D.C., and serves as special assistant to U.S. House Majority Leader Kevin McCarthy.

Community service, in addition to their jobs, occupies a large part of their lives. “Giving back,” as Hill put it, involves memories of his hometown.

“Family, friends, teachers and coaches believed in me and saw a bigger opportunity for me than I saw myself,” he said.

That is what’s possible in Terre Haute.