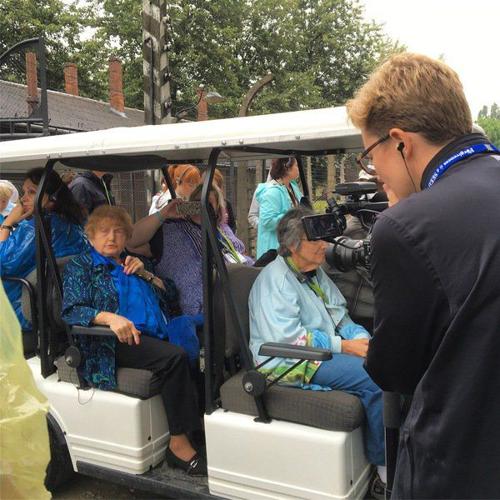 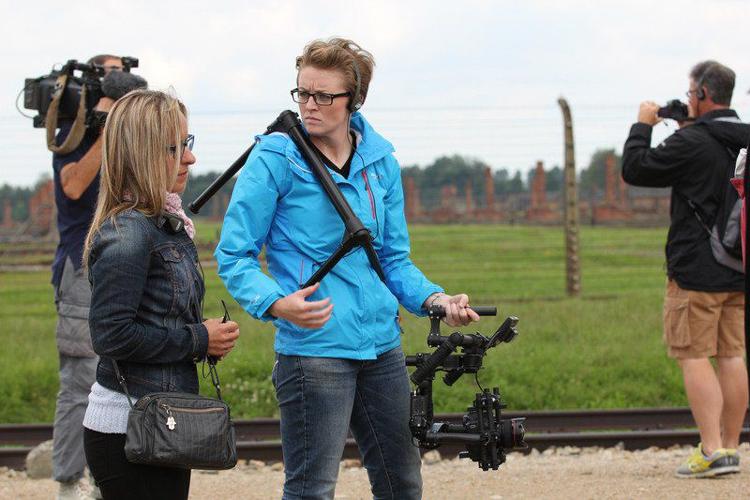 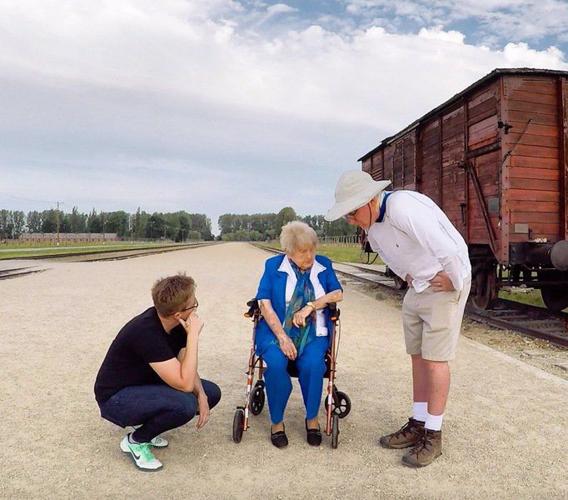 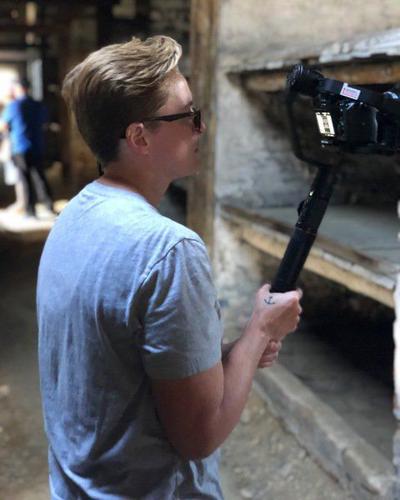 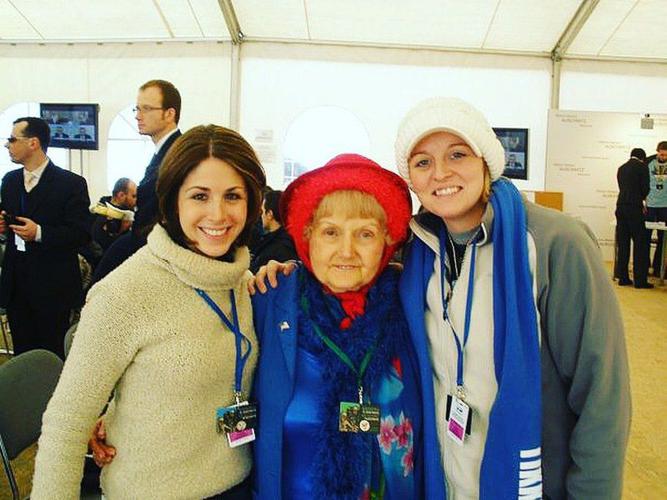 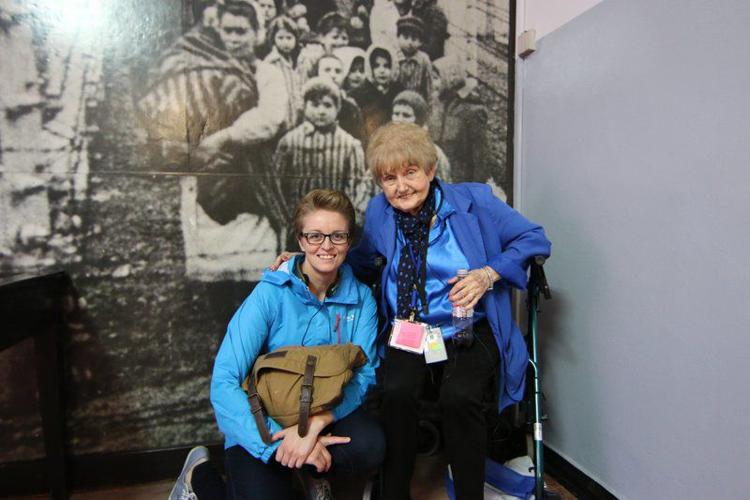 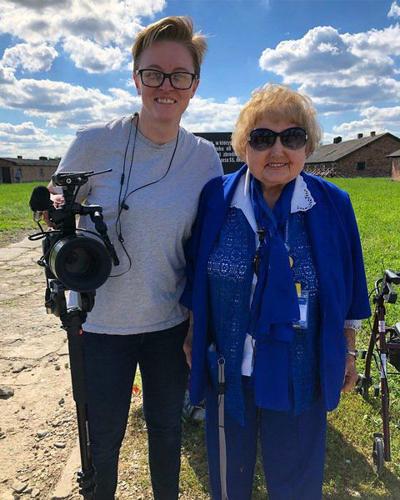 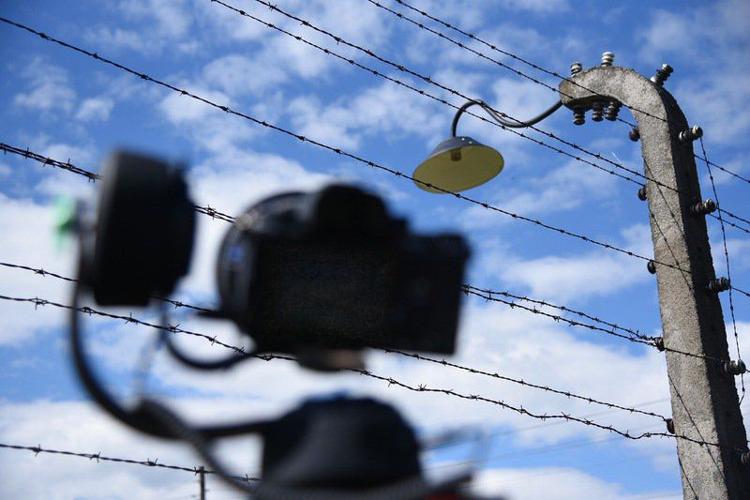 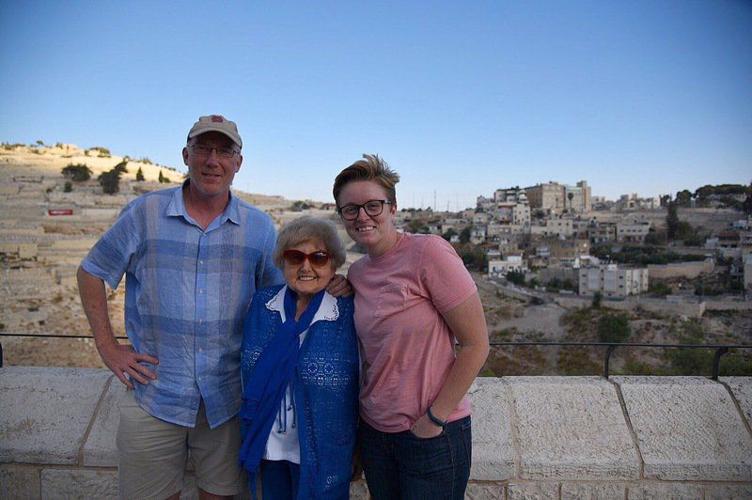 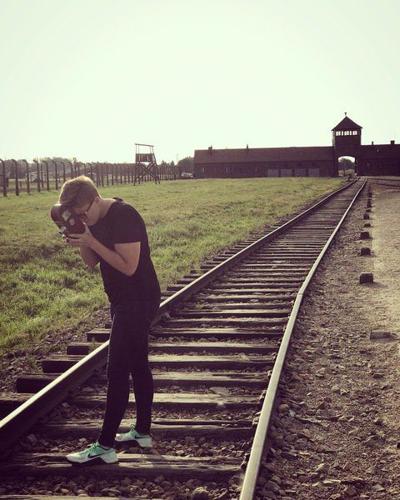 I’ve never told you this, but you saved me.

In 2010, I was 24 years old, working as a photojournalist for WTWO, living on the campus of a college that I wasn’t actually attending, and still struggling to find my purpose in the world. My grandfather had just passed away from a heartbreaking struggle with Alzheimer’s, my mother was slowly recovering from a life-threatening battle with breast cancer and I was suffering deeply with depression and anxiety. It felt as though I had been dealt a bad hand in life.

Growing up, I had a loving family who always encouraged imagination. My single mother and grandparents raised me and I was lucky to never be without. But, as I grew older, I began to realize that I was different from the other kids in Terre Haute, Indiana. I was gay — something I was never comfortable saying aloud. Not because I was ashamed, but because I’ve always been of the mindset that it was something that would not and did not define me. People talked, and I pretended it didn’t bother me. I bottled up my emotions behind a façade and could feel the innocence of my childhood replaced with an inner anger that was damning. Finding myself extremely lost and alone, I had all but given up. In a failed attempt to take my own life, I found myself in murky waters just a few weeks before fate would bring me to you.

In the fall of 2009, my news director invited me to travel to Poland with our lead anchor to film a five-part sweeps series about a local Holocaust survivor. I was stunned by the offer, for my life-long dream was to travel the world with a camera in hand. Having never left the country and with little knowledge of the Holocaust, I was quite nervous. I knew little about a woman named Eva Kor. I knew you were a Holocaust survivor. But, I didn’t understand the weight of what that meant to so many. You were an outcast in the Terre Haute community — you were the angry little woman who ran a museum on 3rd Street. At least, that’s what I had heard, and that’s what I believed — how closed minded of me.

We arrived in Poland on one of the coldest January’s to date. I’ll never forget the moment when we first stepped foot into the camps. So many emotions flooded through me with the sober realization of how many lives were lost in this vast and haunting space. A sense of panic overcame me and suddenly I didn’t want to know what was on the other side of those barbed wire fences. Yet you were so energized, so full of life, so eager to teach others about your troubled past. I turned my camera on and began following you. I held back tears as you stood on the selection platform, recalling the moment you last saw your parents. Disgust and horror coursed through my body as the memorial candles we lit illuminated the thousands of fingernail marks on the walls of the gas chambers — those left from prisoners fighting to the very end to avoid their deaths.

We trekked through snow past our ankles all the while struggling with the -4 degree cold seeping through our multiple clothing layers. Nothing could have prepared me for the influx of emotions and pain I felt when visiting Auschwitz on that cold January day. But as I stood in the place where millions of people were imprisoned, murdered, tortured, and starved, I watched you closely. Every step you took, I recorded. I witnessed you celebrate life. Yes, celebrate. In a place where Nazi soldiers imprisoned and murdered your family, a place where life gave you its absolute worst — you were giving life, and us, your best. I was astonished. How on earth could someone be so forgiving and free of that type of unimaginable pain? You celebrated, you rejoiced, you had open conversations with God and you thanked him for being alive. It hit me like a semi-truck — life is a gift. Life is a blessing. You changed me. Once I let myself forgive the many things I was holding on to inside, I felt the built up anger from years of pain slowly leave me. It was as if someone had unlocked the shackles that had previously imprisoned my mind. It was liberating. Life suddenly had meaning. I felt a purpose and that purpose was to share your message.

As the years passed, I noticed a real change in myself. It felt like I was descending down a tall summit. A weight had been lifted. But, always in the back of my mind, there you were. I wanted to help people become familiar with your story, but I didn’t know how. The opportunity to visit the camps with you and a group of several other individuals who would all connect with your message of forgiveness ignited an idea. The goal was to film enough footage to produce a trailer, and hopefully, someone would be interested enough to help me make a film.

It was another life-changing experience, another adventure, another amazing week spent with the lady in blue. It was refreshing. It sounds strange saying that about a visit to a death camp — refreshing. But it was, because of you.

A year and a half passed and I still hadn’t found a way to keep the promise of telling your story, but through some networking, I managed to get a meeting with the president and vice president of production of WFYI in Indianapolis, Lloyd Wright and Clayton Taylor. They told me they loved the idea, but wanted more. A few months passed and through what we like to call “a serendipitous meeting,” I was hired by WFYI to film an interview for a local filmmaker by the name of Ted Green. We somehow got on the topic of Eva Kor. Ted had just watched you speak at Butler University; he was floored and was toying with the idea of doing a film about you. I told him a little about my story and explained my intentions. We clicked right away and began working on the storyline for ‘Eva.’

Ted and I hit the road in the spring of 2016 with Ted leading the way — the captain, as we call him. We followed you for two unforgettable years — over 90,000 miles — and uncovered stories and lessons for this film which we never anticipated. It was not lost on us how uniquely lucky of a position we found ourselves in. We were recording history and spreading a message in which we both deeply believed. On April 5, 2018, to a sold-out crowd of roughly 2,500 people, in partnership with Ted Green Films, WFYI Productions and with the help of Heartland Films, we premiered “Eva” at Butler University. Watching you stand on stage that night, with your arms in the air, smiling back at a standing ovation was easily one of my proudest moments.

As I write this letter, I find myself at Auschwitz for the fifth time. I don’t know many people who choose to spend their summers at a concentration camp, but here we are again. This time, you’re leading a group of young men — the Davidson College men’s basketball team on a tour of the camp and once again, I’m watching you from behind my camera lens. Watching you change lives, watching you impact youth, watching as you share your message of peace and healing with the world. This place — Auschwitz, it’s become a part of me, and a part of me that I can embrace rather than try to escape or be tormented by.

You always say, “If I can help change one person, I’ve done my job. If I can help save one person, I will be happy.” Well, Eva, I’ve never told you this, but you saved me, you helped me, and you have changed me and countless others for the better.

Thank you, Eva, thank you.