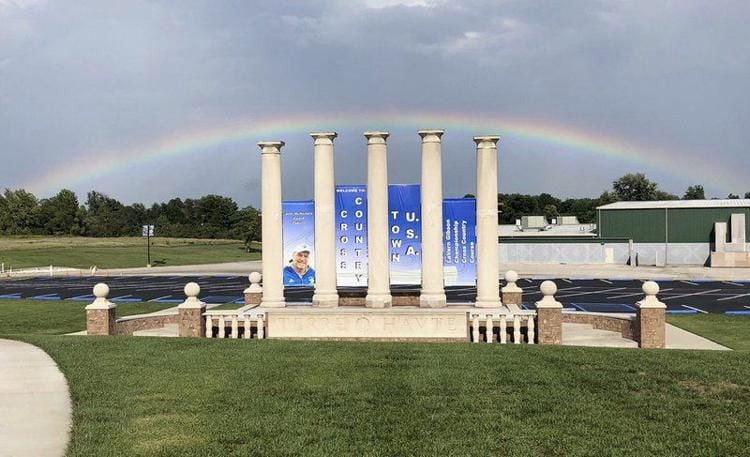 The Indiana Board of Tax Review has ruled the entire property of the Wabash Valley Family Sports Center, including the LaVern Gibson Championship Cross Country Course, is eligible for nonprofit status, which will save the center thousands of dollars in annual taxes. Shown in this file photo is the John McNichols Award Podium at the Gibson course. 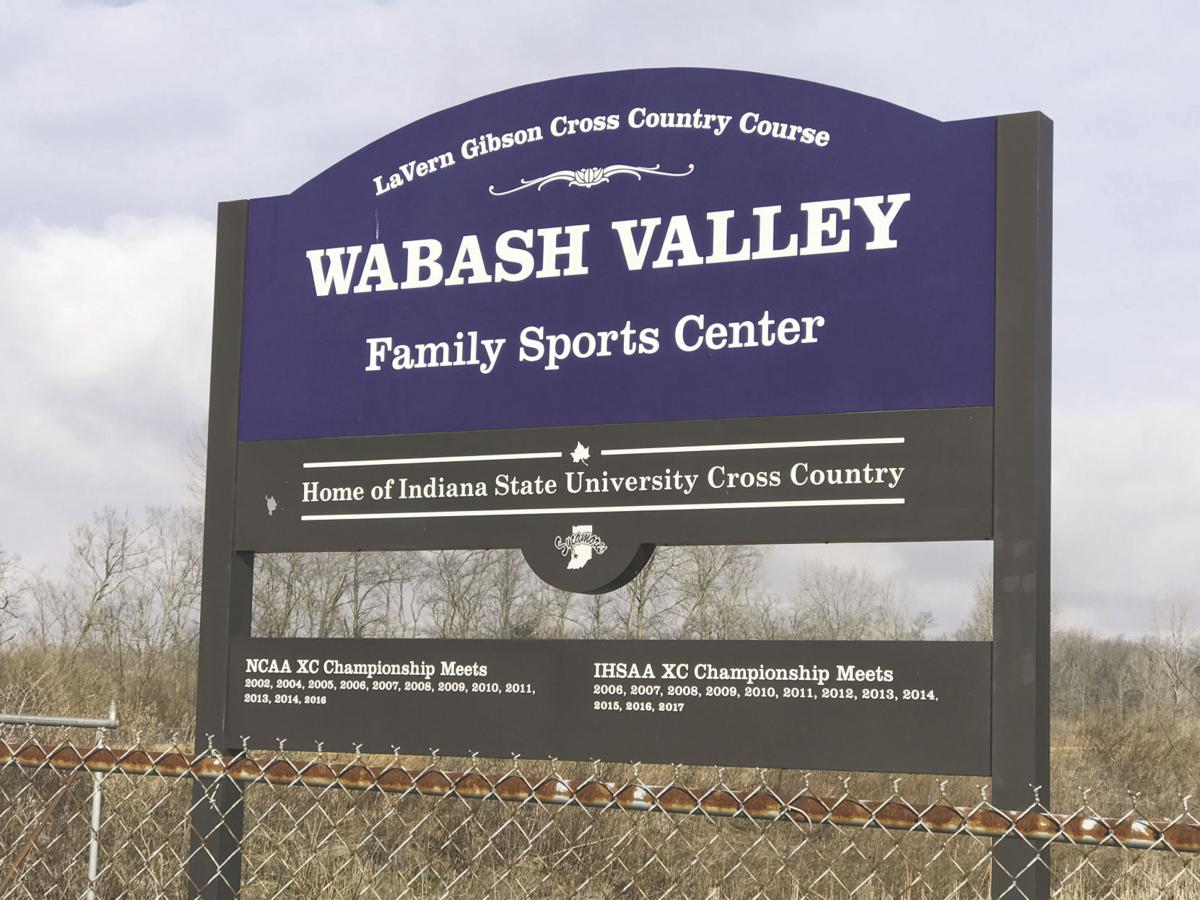 Sign of success: A cross country course on land for the Wabash Valley Family Sports Center serves as the home course for Indiana State University, as well as Rose-Hulman Institute of Technology and Wabash Valley area high schools. 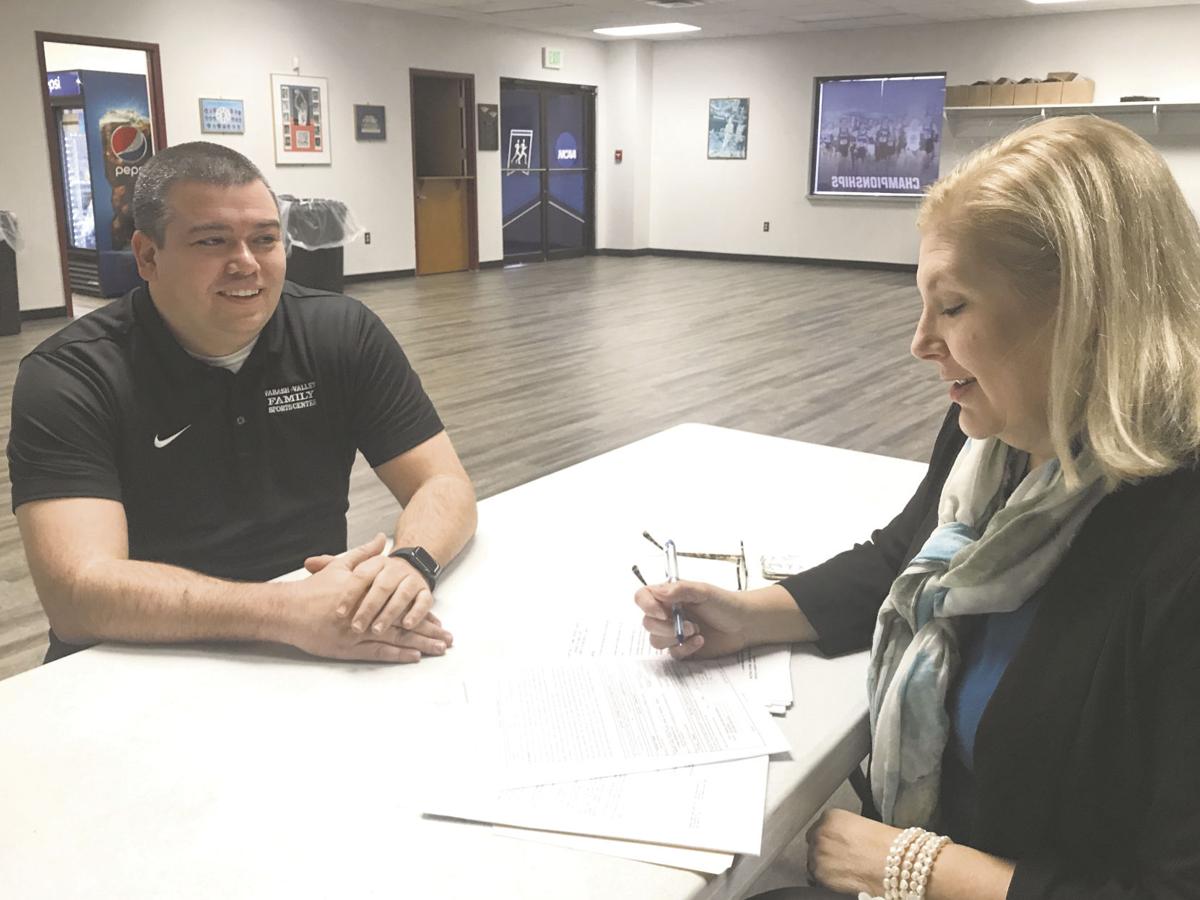 Jose Miley, executive director of the Wabash Valley Family Sports Center, and Karen Dyer, a board member of the sports center, discuss a state tax ruling clarifying the entire complex is tax exempt.

After operating for more than 20 years with a not-for-profit status, the Wabash Valley Family Sports Center in 2017 suddenly found itself owing property taxes for the nearby LaVern Gibson Championship Cross Country Course.

The Vigo County Assessor’s Office had determined the course did not meet educational requirements for a non-profit. After three years of appealing the tax ruling, the Indiana Board of Tax Review on Dec. 31 ruled the entire 240-acre complex qualifies as tax exempt.

“This will save us thousands in paying property taxes,” said Karen Dyer, a volunteer board member of the family sports center incorporated in 1994 as a not-for-profit. “The initial county ruling was a shock. We are thrilled the state overturned that, which could have potentially caused us to close our doors.”

While the adjacent cross country course opened in 1997, the tax issue arose in 2017 when the Wabash Valley Family Sports Center acquired ownership of the property from Victory Services Corp. The county did not consider the course as part of the center’s educational purpose.

“The county decided we kind of were not a non-profit organization and had to pay property taxes on the course property.” Dyer said.

“Yet, we exist only to serve the youth of the community and their families. We are the home course to all the local high schools for cross country course.”

When not in use for cross country events or competitions, the course is open to the public for use as a walking trail, as well as for meetings and senior activities. The center’s main building contains two basketball courts and an exercise area as well as space for other activities available to the public at no cost.

Vigo County Assessor Kevin Gardner, who assumed office in 2019, was not an elected official when the assessor’s office made the ruling, which was upheld by the Vigo County Property Tax Assessment Board.

“I was not involved with it at that time,” Gardner said. “Based on the information that they were given at the time, and the statues at the time, I think they felt it did not meet qualifying standards,” he said.

Gardner said the sports center complex met the first qualification as being 501(c)(3) non-profit. The center then had to meet other standards for non-profits, he said.

On education, the qualification was the non-profit was relieving the burden of type of education that was taught in public schools, he said.

Gardner said he agrees with the state ruling that the entire property be exempt. Gardner said since the local tax board had ruled, the assessment could not be changed. Gardner said he could have filed a petition against that ruling, but said the sports center had already filed an appeal.

Doris Louise Jones passed away on February 12, 2020 at her home. She will be laid to rest in Roselawn Memorial Park. Mattox-Wood Funeral Home was entrusted with the arrangements.