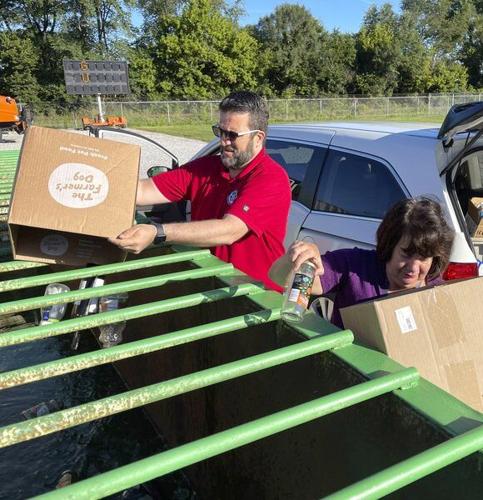 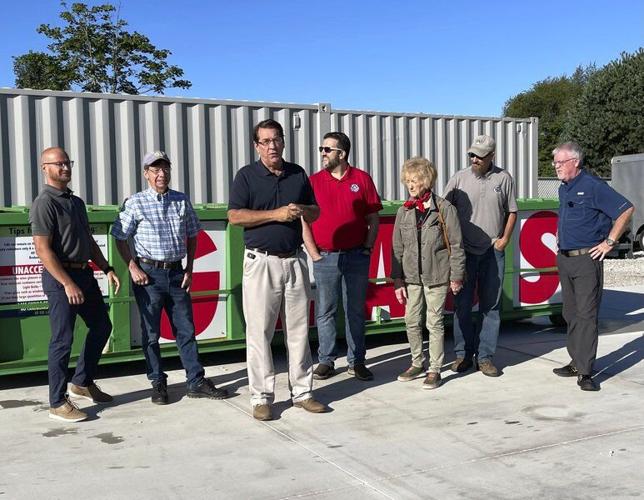 Board members of the Vigo County Solid Waste Management District staged an official kickoff of glass recycling in the county on Friday.

Terre Haute Mayor Duke Bennett said the district has “been able to accomplish so much” since the county formed its own waste management district in 2013, withdrawing from the Clay-Owen-Vigo Solid Waste Management District formed in 1991.

Bennett said the district for the past two years has focused on returning glass recycling.

“We finally have an agreement. It is exciting to be able to … say we now have glass recycling at the solid waste district facility” at 3230 E. Haythorne Ave., the mayor said.

The waste management district has a contract with Strategic Materials Inc. in Indianapolis. That company will haul glass for $100 per container, charged to the district.

Among the first to stop to recycle glass on Friday was Kathy Ulrich, a resident of Allendale subdivision on the county’s south side.

Ulrich said she had recycled glass at Indiana State University, until it stop receiving glass two years ago.

“I am all about the earth,” Ulrich said. “When ISU closed down I went to Greencastle, and now I can go here. Glass is extremely easy to recycle,” adding she often collects glass to recycle while walking through her neighborhood.

The district’s recycling is funded from tipping fees from Sycamore Landfill and not from property taxes.