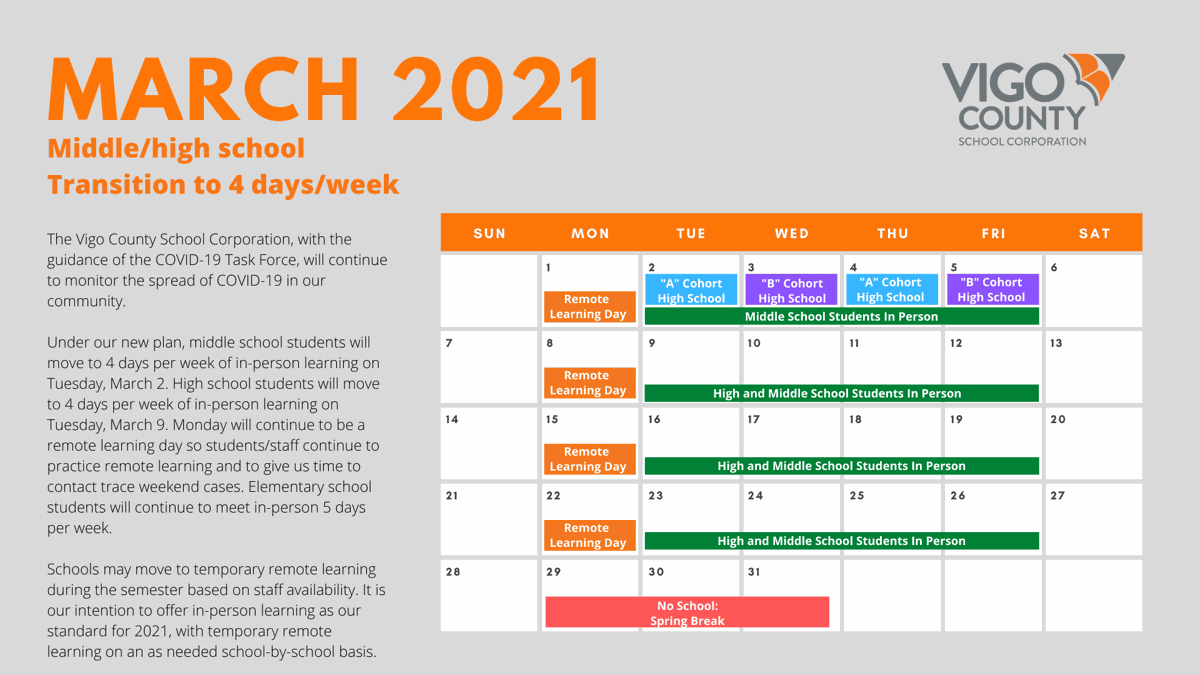 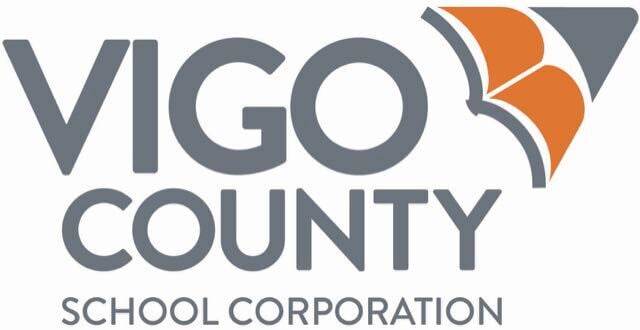 The Vigo County School Board approved the changes Monday night by a 6-1 vote, with Rosemarie Scott voting against.

The plan was developed in consultation with the VCSC COVID-19 Task Force, the Vigo County Health Department and several local healthcare leaders.

The number of community and school cases of COVID-19 is declining, officials say. A return to more in-person instruction is also important to improve the academic success and mental health of students.

"Our data are now informing us that middle and high school students are ready to move to more in-person learning," said Karen Goeller, deputy superintendent.

"I think at this point, from a public health standpoint, from the Vigo County Health Department, we are absolutely in support of this resolution" to go back to more in-person learning for middle and high school students, Brucken said.

During a public comment period, three parents spoke in support of the move to more in-person schooling. Leslie Ellis said her son and other high school students are struggling academically and remote learning is causing them added stress.

Julie Mahurin, whose son is a high school junior, believes "there has been a definite loss with his education this year." He's preparing for college, and this year is critical in terms of academic preparation and his ability to obtain scholarships.

He had goals of straight As this year, "but that hasn't happened. It's been disheartening. He's still an A/B student ... but it's been a struggle," she said. He's had to teach himself some material and at times has worked with his friends to figure out answers to questions.

It's more challenging because "you're not in a classroom setting. You're not in school," Mahurin said. Students are also missing out on the socialization.

Reacting to the board's decision to move to four days of in-person instruction, she said. "I think it's wonderful. I think it should have happened a lot sooner."

Board member Amy Lore said the overwhelming comment she receives from the public is they want students to return to in-school as soon as possible.

After the meeting, Bill Riley, director of communications, stated, "The numbers [of COVID-19 cases] are very low — both community, but also in our schools. We feel very comfortable with this plan, especially because we have some large high schools showing us the way," he said.

VCSC has studied large high schools like Brownsburg, Avon, and Plainfield — schools with students who have attended school five days per week — and has concluded that community spread, not educational model, is the largest driver of cases in the school setting.

Riley cautioned that officials will be watching numbers closely, and schools or classrooms could go back to remote if necessary. "We're stepping into this very cautiously," he said. But given the numbers and trends right now, "The time is right to introduce a plan to return more in-person learning to our middle and high school students."

In other matters, the board approved a resolution related to use of a building corporation/lease-rental process to finance the $10 million renovation of Otter Creek Middle School. A hearing will be conducted March 22. On Monday , the board approved the form of a lease.

“Going through a building corporation is a widely-used practice for school projects across the state,” Riley said last week.

“We go through a building corporation/lease arrangement so that the building corporation can take on the appropriate amount of debt for the project and so that debt does not limit the Vigo County School Corp. from taking on debt through general obligation bonds for future projects," Riley stated.

This type of financing does not count against the school corporation's constitutional debt allowance, according Ice Miller, the district's bond counsel.

The maximum amount to be borrowed would be $10 million, with an estimated repayment term of 10 years and eight months, according to BakerTilly, municipal advisors. The total estimated interest expense is $1.4 million; the interest rate is based on current market indicators plus 1%.

A legal ad proposes a 15-year lease, but Riley said that would be the maximum term.