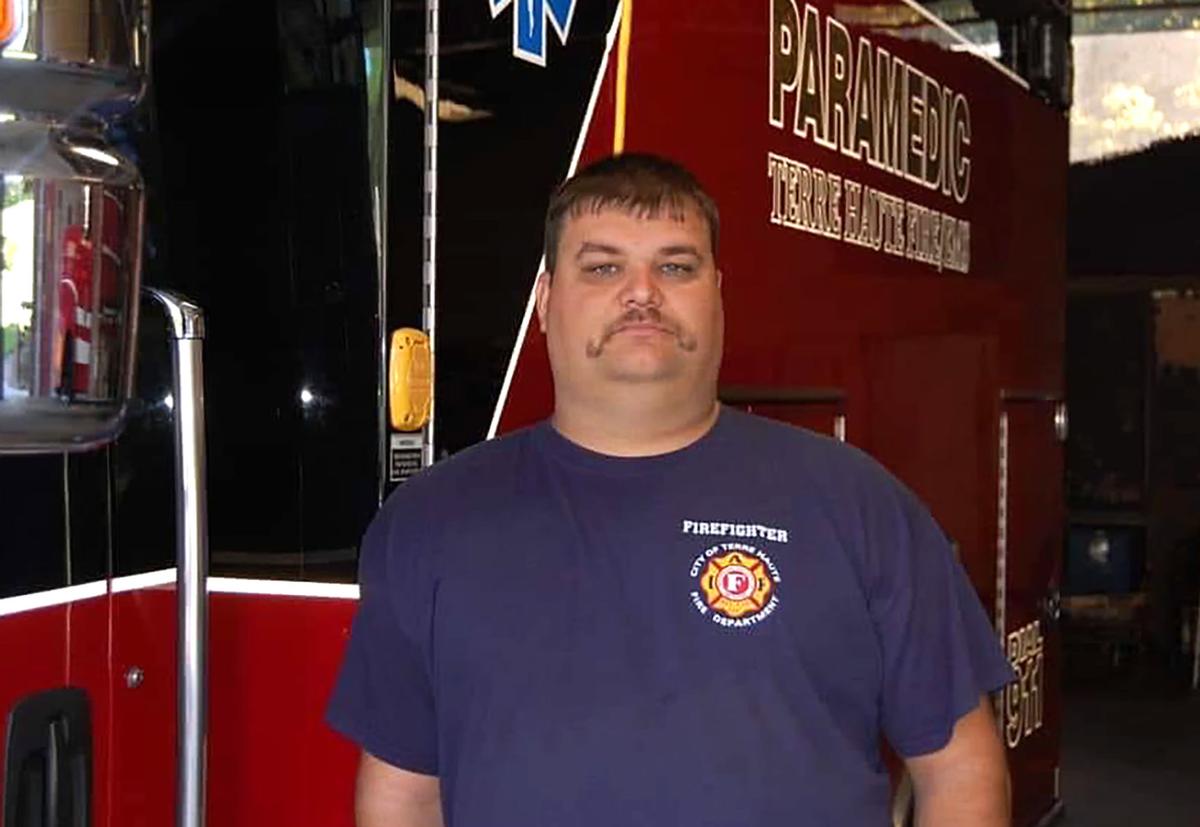 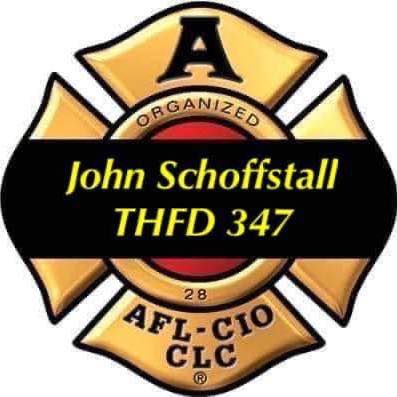 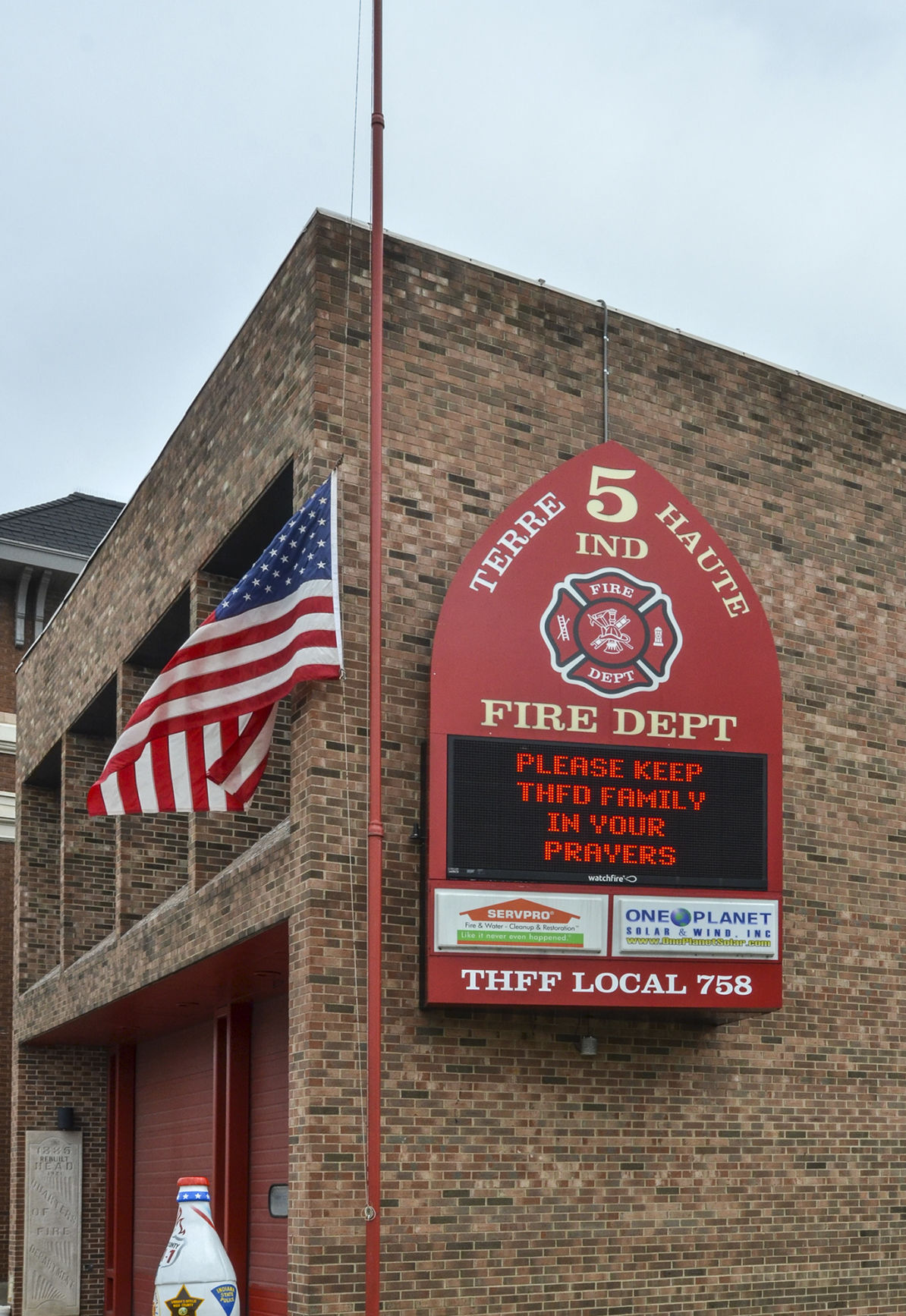 Tribune-Star/Austen Leake Honoring their brother: Flags at every Terre Haute Fire Dept. station were flown at half staff on Sunday after firefighter John Schoffstall passed away. 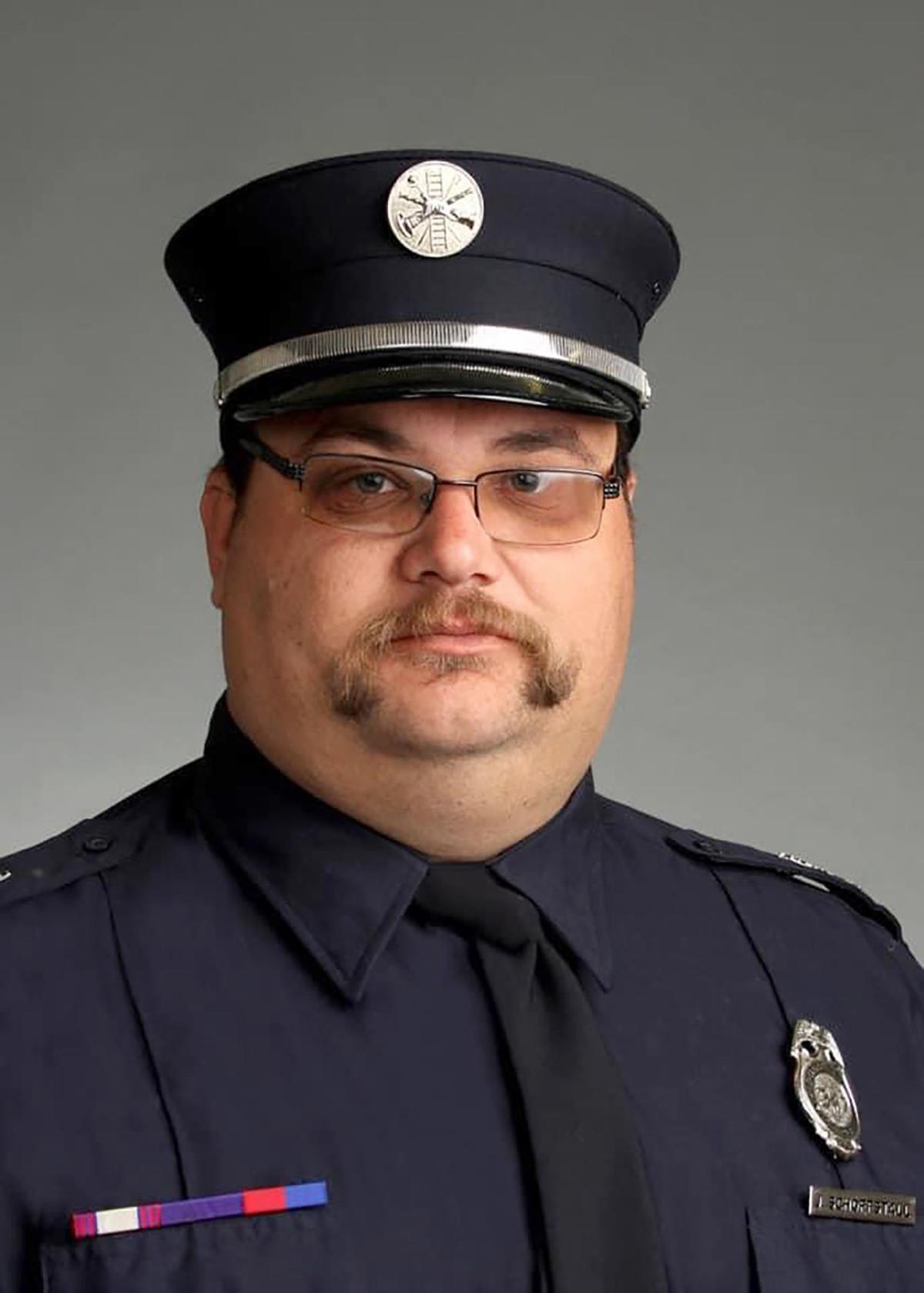 The Terre Haute Fire Department is mourning the death of one of its firefighters, a near 12-year veteran of the department who passed from COVID-19 complications.

Schoffstall was assigned to Station 5, C-shift, and worked as part of the support truck crew.

Fisher said he is at a loss for words after losing a firefighter he knows meant so much to so many as a husband, father and friend.

"I'm kind of at a loss for words because I was not prepared for this," Fisher said. "John's condition had been improving and we were hoping for a different kind of parade."

Fisher and his department weren't alone in wishing Schoffstall well.

Since the firefighter fell ill with the virus, department members and community supporters gathered nightly in Union Hospital’s parking lot to pray for Schoffstall's recovery. The prayer services often featured a few dozen passenger cars and another 10 or more fire apparatuses from area fire houses.

"He will be sadly missed, but his memory will live with the department for a long time," Fisher said.

Fisher said travel and gathering restrictions as they are, the department will work to provide Schoffstall "the best, most proper send off as we can."

The obituary for John Schoffstall, the Terre Haute Fire Department firefighter who died Sunday from COVID-19 complications, has been released …