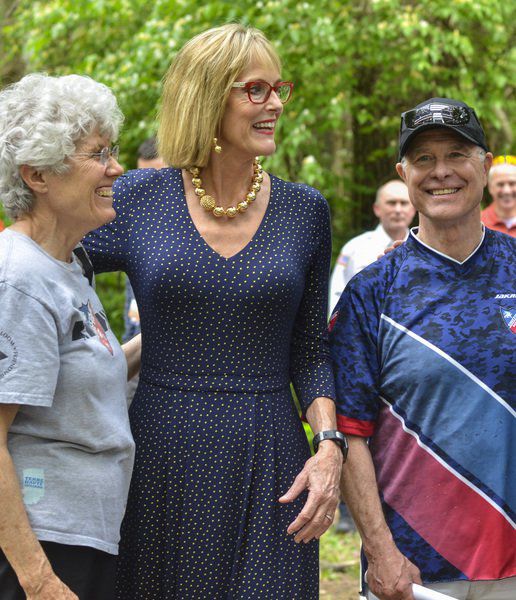 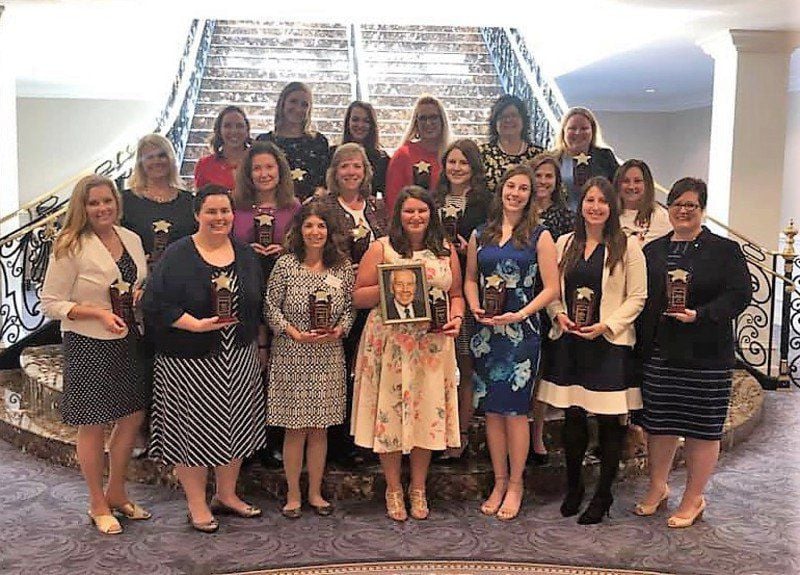 Courtesy Lugar Excellence in Public Service SeriesCompleted: Graduates of the Richard G. Lugar Excellence in Public Service series gathered in May at Washington, D.C. The group of 20 women, which included Clay County’s Nichole Keller, raised the total number of graduates of the program to 529. The program began in 1990, with the goal of boosting the numbers of Republican women involved in government. 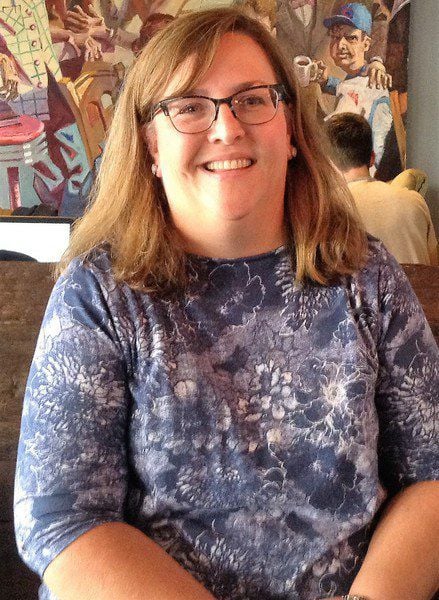 Tribune-Star/Mark BennettLearning experience: Terre Haute’s Marie Thiesz is one of two dozen women statewide selected to participate in the Hoosier Women Forward leadership program. Its aim is to prepare Democratic women for influential roles in the public and private sectors.

Courtesy Lugar Excellence in Public Service SeriesCompleted: Graduates of the Richard G. Lugar Excellence in Public Service series gathered in May at Washington, D.C. The group of 20 women, which included Clay County’s Nichole Keller, raised the total number of graduates of the program to 529. The program began in 1990, with the goal of boosting the numbers of Republican women involved in government.

Tribune-Star/Mark BennettLearning experience: Terre Haute’s Marie Thiesz is one of two dozen women statewide selected to participate in the Hoosier Women Forward leadership program. Its aim is to prepare Democratic women for influential roles in the public and private sectors.

Issues affecting young people, their schools, their safety and their well-being also matter to her.

Caring, thoughtful supporters energize such causes. Advocates working to make sure elected officials and decision-makers hear the concerns of everyday people can sustain those causes long-term.

Thiesz wants to be an effective advocate for changes that will improve the lives of residents of the Wabash Valley and beyond.

That desire led the 48-year-old Terre Haute teacher, wife and mother of three boys to apply for one of 24 spots in Hoosier Women Forward, a program to prepare Democratic women for leadership roles in the public and private sectors. She got chosen and attended her first session this month at Indianapolis.

By the time this group completes the training next May, several of two dozen women will have either run for office in the fall 2019 municipal elections around the state or the 2020 general election’s spring primary. That’s one goal of the Hoosier Women Forward, which formulated after the 2016 election and launched its first class of participants in 2018. They graduated in May.

Thiesz is part of the program’s second class. She aims to develop stronger advocacy skills. Thiesz stresses the value of civic engagement, such as voting, to students in her high school government and U.S. history courses, and takes an emphatically nonpartisan approach in doing so.

As Thiesz puts it, “No matter where you go, you’re going to find issues, and you can either sit around and gripe about it, or you can use your voice.”

“I teach this all day long,” she said Tuesday evening. “It’s time for me to put my money where my mouth is.”

She doesn’t yet envision seeing her own name on a ballot for public office. “I’m more of an advocate,” Thiesz said. “I don’t see myself as running for office.” For now, at least.

She’s seen female friends campaign for office. Some won their races, including Tonya Pfaff, a fellow Terre Haute North Vigo High School teacher. Pfaff won the District 43 seat in the Indiana House of Representatives, becoming the first woman to represent this city since World War II. Pfaff’s election last November helped give women a majority in the Democratic Party caucus for the first time ever.

Overall, the 2018 voters gave women a record 36 seats out of 150 in the Indiana General Assembly. This summer, they gained two more seats as Republican caucuses chose women to fill Indiana House seats vacated by men. Still, there are too few women in the General Assembly. They comprise 50.8% of the Hoosier population, yet just 24% of the Legislature’s membership.

Pfaff’s place among the lawmakers inspires Thiesz. Actually, all her friends who sought public office, win or lose.

“I’m proud of them all, because it takes courage to put yourself out there,” Thiesz said.

Nichole Keller said much the same thing Wednesday afternoon. The 37-year-old serves as Clay County recorder and graduated in May from the Richard G. Lugar Excellence in Public Service Series, a Republican leadership training program for women that started in 1990 and served as a pattern for the Democrats’ Hoosier Women Forward.

Both programs run nine months, involve monthly sessions and feature a trip to Washington, D.C., where participants interact with federal officials. Keller’s class — the 29th in the Lugar Series’ history — conducted its graduation event in the nation’s capital just weeks after the program’s namesake died at age 87.

Thus, her graduation “was bittersweet.”

And though Keller had already prevailed in an election, winning the recorder’s job in 2016, the Lugar Series gave her worthwhile tips for a broader future campaign, delving into financing, social media strategy, the process of getting onto a ballot and public speaking. All of that could mean a run for a state level office for Keller, once she and her husband’s three young children are older.

The series also connected Keller with other women from different parts of the state and different backgrounds — a plus that Thiesz also sees in the Hoosier Women Forward program. “It’s really a huge sisterhood of support to network with,” Keller said. Such a bond helps women ease, a bit, the often imposing step of running for office.

After all, life as a candidate in 2019 can be intense, with exposure to instant, unbridled scrutiny on social media, for example. Keller believes that atmosphere gives women pause in considering becoming a political candidate.

“A lot of us are sensitive by nature. We’re not wired to be as competitive or combative. A lot of us are used to being peacekeepers,” Keller said. “And other women love” the political battles. “I think it just depends on your personality,” she added.

Indiana is seeing signs of a nationwide increase in the number of women saying yes to political candidacies. Women now comprise 28.6% of all states’ legislative seats, up from 25.4% prior to November’s election. That could extend to this fall’s municipal races in Indiana.

More than 300 women are running as Democrats for city offices around the state, said John Zody, the Indiana Democratic Party chairman. That includes 13 seeking mayoral jobs. Democratic women have already declared an intention to run for Congress in 2020 in Indiana’s 2nd, 5th and 6th districts, so far, Zody added. Another, state Sen. Karen Tallian, is running for the attorney general job held by Republican Curtis Hill.

Former state Rep. Christina Hale joined the push by Democrats to establish the Hoosier Women Forward program and encourage more women to cross “the tipping point” from advocacy to candidacy and election. Over time, women had to be asked to run for office, Hale said Thursday, but not so much now.

“No more asking necessary,” Hale said. “Women are seizing these opportunities now, and we are about to see just how much better off government can be with more high quality, female positional leaders in office.”