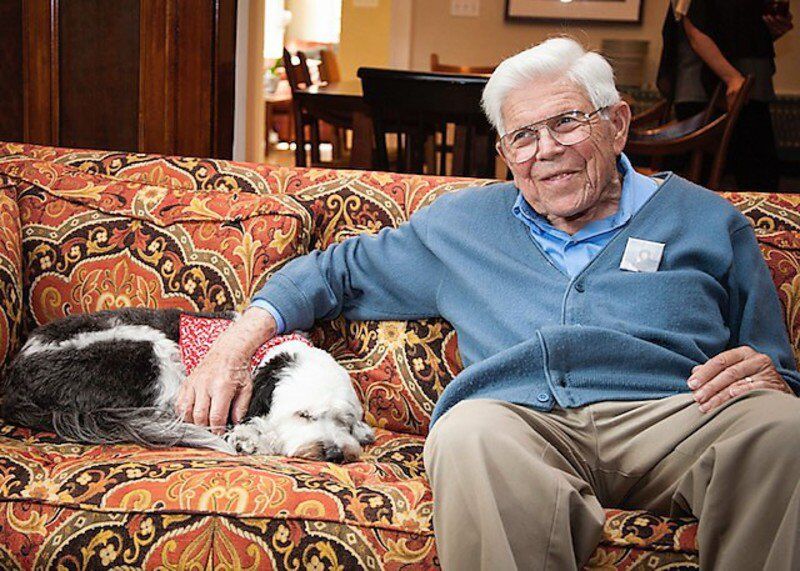 Courtesy Nancy SommersOptimistic centenarian: Walter Sommers marks his 100th birthday on Dec. 29. A witness to the Holocaust and a World War II veteran, Sommers says his ever-present optimism is a family trait. 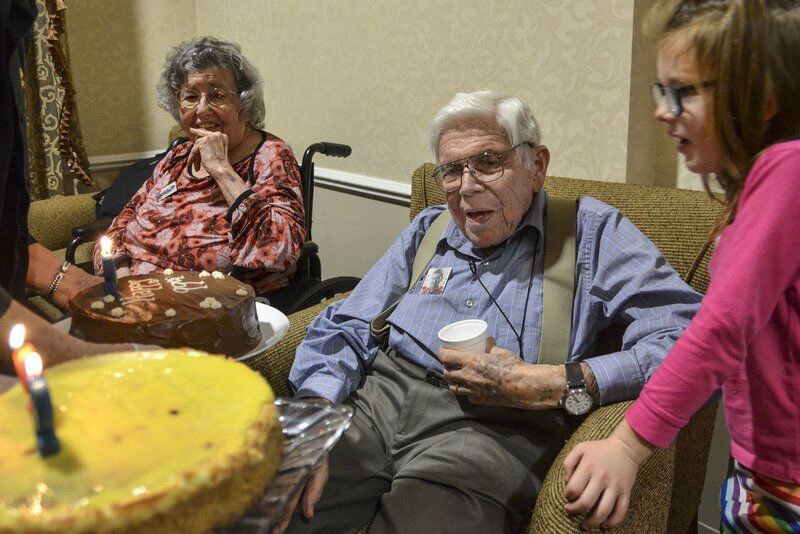 Tribune-Star file/Austen LeakeMan of the hour: Walter Sommers looks over his birthday cakes with his wife Louise and his granddaughter Lailah Chunnha during his party on Dec. 28, 2019, at Westminster Village. 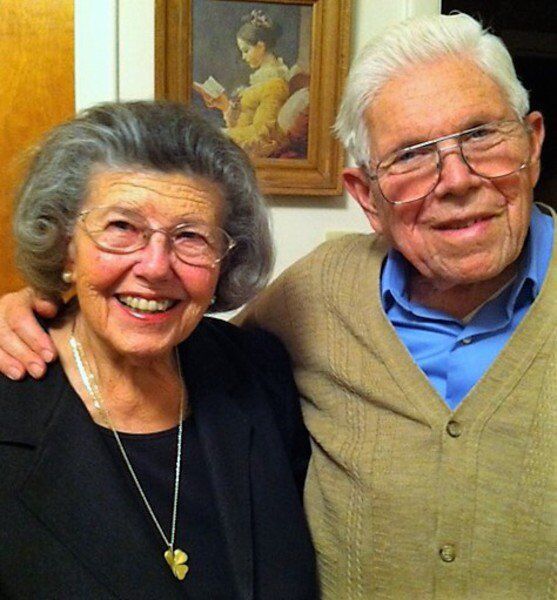 Courtesy Nancy SommersLong marriage: Louise and Walter Sommers were married for 73 years. She passed away Nov. 30 at age 95, just a month before Walter’s 100th birthday. The couple had been living at Westminster Village. 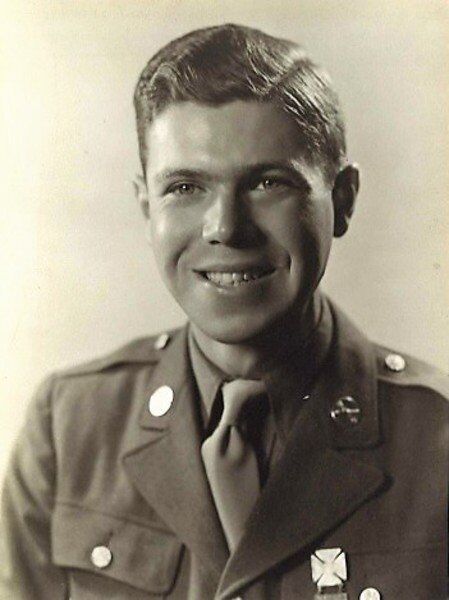 Courtesy Nancy SommersProud soldier: After coming with his family from Germany as immigrants, Walter Sommers suited up for the U.S. Army during World War II. He served in Company A of the 306th Field Artillery Battalion, 77th Infantry Division. 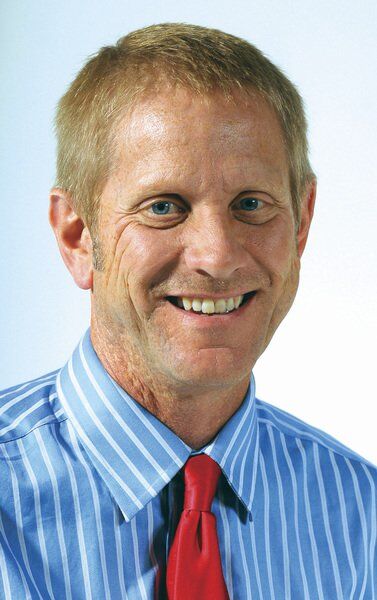 Courtesy Nancy SommersOptimistic centenarian: Walter Sommers marks his 100th birthday on Dec. 29. A witness to the Holocaust and a World War II veteran, Sommers says his ever-present optimism is a family trait.

Walter Sommers has plans for life after the pandemic.

He’s anxious to resume his duties as a volunteer docent at Terre Haute’s CANDLES Holocaust Museum, which is temporarily closed.

“I hope to be doing that again very soon,” Sommers said Thursday afternoon.

Yes, this man who witnessed the Kristallnacht (or Night of Broken Glass) during the Holocaust, escaped Nazi Germany with his family and fought for the U.S. Army during World War II more than 75 years ago is looking forward to 2021.

No doubt, 2020 hasn’t been easy for Sommers. The active soon-to-be-centenarian has had to stay put under COVID-19 coronavirus policies at Westminster Village, where he lives.

Yet, Sommers’ optimism remains intact, just as it has since his boyhood in Germany.

“Optimism has kept me going from the very start,” he said. “I came from a very optimistic family.”

And, he’s shared that with his own children, grandchildren and great-grandchildren, as well as visitors to the CANDLES museum who’ve heard his riveting stories of his Jewish family’s escape from Nazi Germany to America in 1939. Those stories or others from his time as a wartime solider captivate his listeners, who “feel that they’ve touched history,” said Nancy Sommers, his daughter.

His upbeat spirits impress them, too.

“He chose hope over fear, and he chose optimism over pessimism,” Nancy said. “Those are choices he made when the facts of life would suggest otherwise.”

Sommers was a 17-year-old working as an apprentice at a import-export company in Hamburg, Germany on Nov. 9, 1938. He saw Kristallnacht unfold, with its violent window smashing, looting and destruction of Jewish businesses and synagogues by rioting Nazi sympathizers while firefighters watched. Throughout Germany, Jewish cemeteries were desecrated. Nearly 100 Jews were killed, according to the United States Holocaust Memorial Museum.

Sommers called his mother back in Frankfurt, their hometown, and learned his father had been arrested.

Ironically, Sommers recalled, the policemen who knew the family came to their home, allowed his mother to cook a meal and sat down to eat with his father. Then, his father was taken to the police station, turned over to the Nazi SS, put on a cattle rail car and transported with other Jewish men to a concentration camp.

His father managed to get German officials to release him. The family made extensive efforts to leave Germany and immigrate to America, but the Nazis confiscated all their money and possessions. Eleven of Walter’s relatives eventually died in the Holocaust, Nancy explained.

As Walter’s family sailed on a ship to the States, the young man received a quarter from an American who’d challenged him to name the capital of Wisconsin. Walter correctly said “Madison.”

That was the only money the family had when they arrived in New York. It was enough, though, for Walter to make five subway rides and ultimately land a job.

After the Japanese attack on Pearl Harbor, Sommers entered the Army. He was assigned to the field artillery Company A of the 306th Field Artillery Battalion, 77th Infantry Division. He spent the war in the Pacific campaign, seeing combat in Guam, the Philippines and Okinawa.

On the latter island in 1945, Sommers shook hands and chatted with famed World War II war correspondent Ernie Pyle. Less than a day later, the Indiana-born writer died from a Japanese bullet.

Walter and Louise married after the war, and wound up raising their family in Terre Haute. He worked for Meis department store for 40 years, finishing as a vice president.

Sommers didn’t sit idle in retirement. He served as a volunteer for a series of causes — the Red Cross, hospice, Union Hospital, the Vigo County Public Library and for the past several years at the CANDLES museum.

“Our father thought it important to build character by connecting to his community and living every day with a purpose,” said his son, Ron Sommers.

Walter also considered volunteerism as a way to honor his aunts and uncles lost in the Holocaust, Nancy said, and the fulfillment of the tikkum olam, the Jewish commandment to repair the world. Plus, he’s built new friendships with each volunteer opportunity.

“I come from a volunteering family. I don’t know any different,” Sommers said. “Giving to others, helping others — to me, that was important.”

People across the Wabash Valley may be looking for advice about enduring this pervasive pandemic, its disruptions and heartaches. Given all Walter Sommers has experienced in a century, he would seem to be an excellent source. When asked, he offered humble, simple, wise suggestions.

“Get plenty of sleep, eat well and wear a mask,” he said. “Have faith. That’s all. We’ll get through it.”

Then, he plans to start serving at the museum again and, hopefully, celebrating his birthday with more of his family than this month’s observance will allow because of COVID.

“Maybe we will do that sometime later,” he said. “You have to accept what’s given to you, and get over it.”