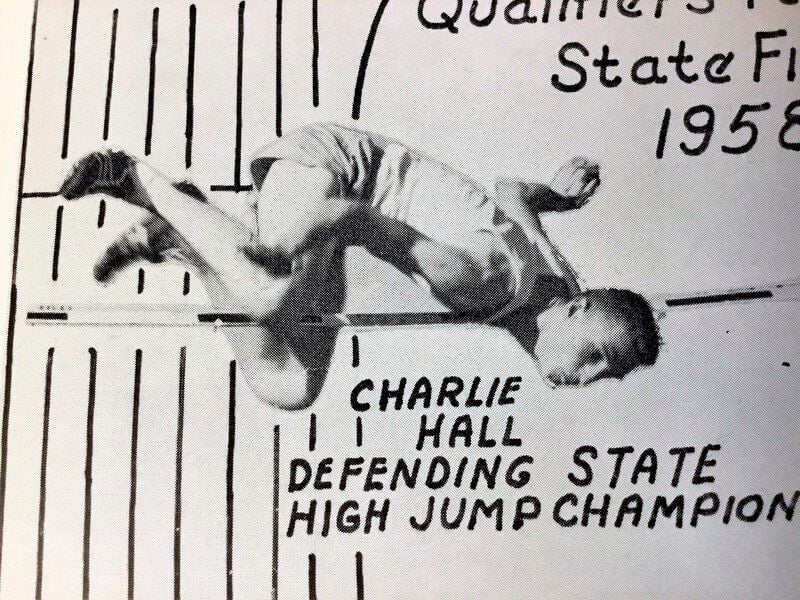 Courtesy Indiana UniversityStellar Hoosier: After high school, Terre Haute’s Charlie Hall continued his basketball career at Indiana University, where he played in 72 games and averaged 7 points and 7.7 rebounds per game. 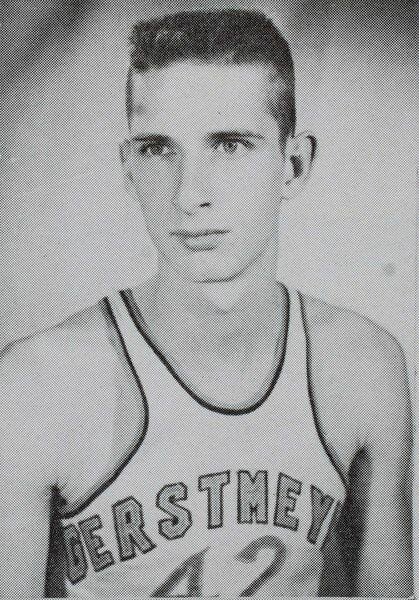 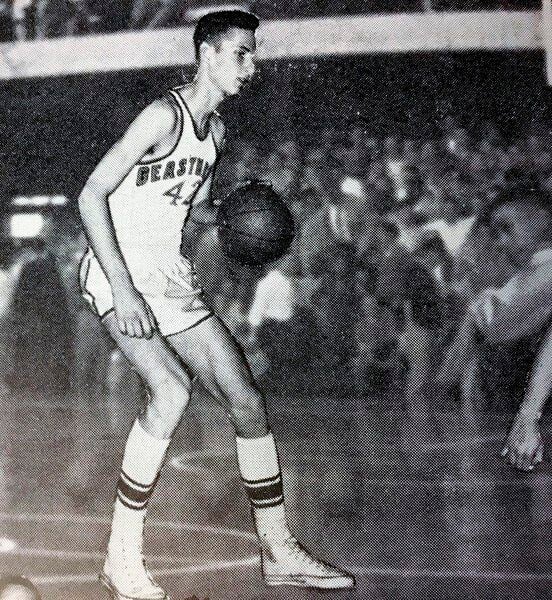 Courtesy Indiana UniversityStellar Hoosier: After high school, Terre Haute’s Charlie Hall continued his basketball career at Indiana University, where he played in 72 games and averaged 7 points and 7.7 rebounds per game.

Lanky teenager Charlie Hall would extend his arm high above his head, with a basketball perched in the palm of his hand.

With a flick of his wrist, he’d send the ball spinning through the hoop.

Hall developed his “sky-hook” on the playgrounds of Terre Haute in the 1950s, years before NBA Hall of Famer Kareem Abdul-Jabbar made the shot world famous. Hall deployed his sky-hook as a star player for Coach Howard Sharpe’s Gerstmeyer High School teams from 1955 to ’58.

“He would turn and hook that thing, and could do it with either hand,” recalled Ray Goddard, Hall’s former Gerstmeyer teammate.

Hall used that sky-hook more times than Sharpe wanted, Goddard said, with a laugh. Yet, it went in so often. Hall totaled 1,412 points during his three-season Gerstmeyer career, helping the talent-laden Black Cats amass 78 victories in 93 games. He also grabbed 638 rebounds in his junior season alone. Hall was runner-up for Indiana’s Mr. Basketball award as a senior in 1958, right behind Fort Wayne South Side’s 7-footer Mike McCoy.

”Hall is the best basketball player I have ever coached in my 18 years,” Sharpe told the Terre Haute Tribune in April 1958, when the Mr. Basketball voting was announced.

The image of Hall firing that sky-hook epitomizes Terre Haute’s slice of the “golden age” of Indiana high school basketball history — the 1950s. It was an era of classic Gerstmeyer duels with eventual state champs like Milan and Indianapolis Crispus Attucks, the exploits of Black Cats greats Arley and Harley, the late Sharpe’s fiery style, and the stellar play of future Olympian Terry Dischinger at cross-town rival Garfield.

A piece of that rich history has passed.

Hall died while walking his dog in a park near his Las Vegas home on Nov. 14. Funeral services were conducted Sunday in Las Vegas. Hall was 81 years old.

“Charlie Hall was not only one of the greatest athletes we ever had in our community, but he was a gentleman,” Goddard said. He called Hall “my best friend.”

Hall’s athletic accomplishments weren’t limited to the basketball courts or the high school level. His multisport versatility rivaled that of the legendary Dischinger, Goddard believes.

After high school, Hall continued to excel in basketball and baseball at Indiana University. He spent three varsity seasons with IU Coach Branch McCracken’s Hoosier hoops teams as a frontcourt starter from 1959 to ‘62. Hall played in 72 games as a Hoosier, averaging 7 points and 7.7 rebounds per outing. As an IU senior, his 10.3 rebounds-per-game average led the Big Ten Conference. Hall served as the team captain that season, too.

“They were good friends,” Goddard said. “They were close.”

IU’s dismissal of Knight as head coach in 2000 — for what the university called an “unacceptable pattern of behavior” — irked Hall. “He wasn’t overly thrilled when Bob was fired,” said Charles Hall, Charlie’s son. “He was a Bob Knight guy.”

Earlier this year, IU hired one of Knight’s former star players, Mike Woodson, as the Hoosiers coach. That move won Charlie over, his son said Tuesday by phone from Las Vegas.

Many of the most enduring memories Charlie Hall created happened during his Terre Haute years. He never tired of retelling those tales, said Charles, who overheard them as his dad’s “sidekick.”

“Those were just great times in his life,” Charles said.

Life and a financial career took Charlie Hall to Chicago, Phoenix, San Francisco and finally Las Vegas, but he always thought of Terre Haute as “home,” his son said. Whenever he’d return, Hall and his buddies reunited and reminisced. “They’d act like teenagers again,” Charles said.

Among the notable figures looming in those recollections was Oscar Robertson and his Indianapolis Crispus Attucks High School teammates. The “Big O” led Attucks to back-to-back state championships in 1955 and ‘56 — the first all-Black team in America to capture their state’s prep basketball title.

Robertson and Attucks beat Hall and his Gerstmeyer teammates twice in the 1955-56 season, by a whopping 46 points in the regular season and then again in the state tournament semifinals by a more modest 68-59 margin. The “Big O” scored 17 points against Gerstmeyer in the semifinals — one of five Tigers to score in double figures.

The following 1956-57 season, Hall’s junior year, Gerstmeyer beat Attucks in the packed old Indiana State University gym on Seventh Street in the regular-season opener. Robertson had already graduated. Nonetheless, in that season’s state tournament — with the Black Cats sporting a 32-1 record and the No. 1 state ranking — Attucks again eliminated Gerstmeyer in the state semifinals, 63-57.

The heartbreakers and joys are all part of Indiana hoops lore. Hall’s niche in that history earned him induction into the Indiana Basketball Hall of Fame in 1992.

Even hundreds of miles away, Indiana and those days of youth remained close to Hall’s heart.

As his health faded unexpectedly while walking his dog, Louie, in the park on Nov. 14, Hall’s son rushed to see him in the hospital emergency room. Charles Googled a recording of Jim Nabors singing “Back Home Again in Indiana” and held it up to his dad’s ear, just before he passed.

Sorry, there are no recent results for popular articles.