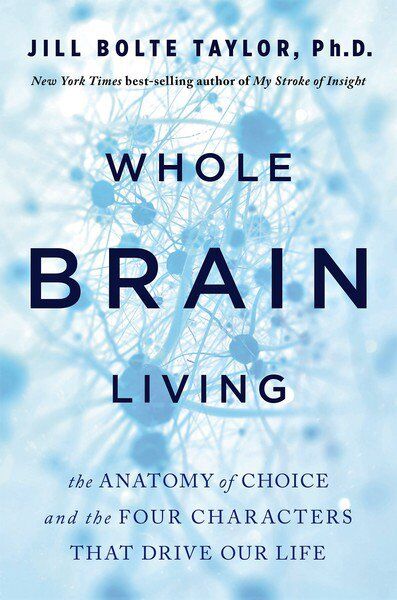 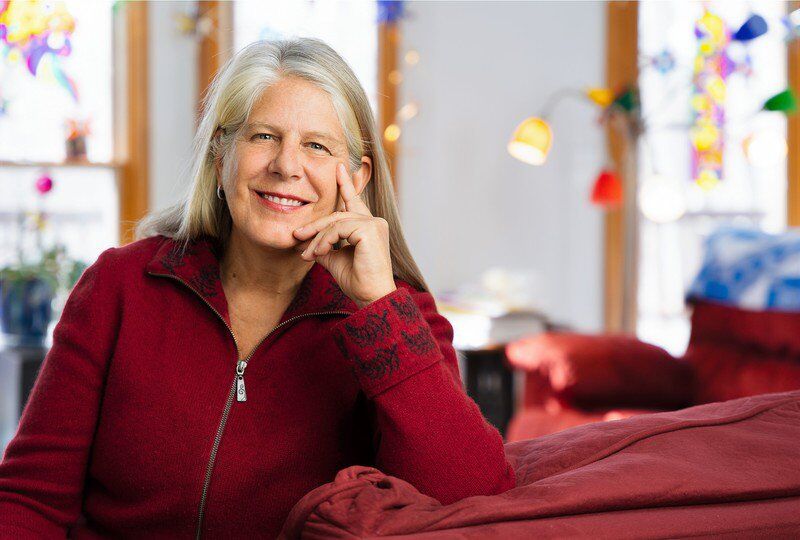 Courtesy Martin BolingBook No. 2: Neuroanatomist Jill Bolte Taylor, who grew in Terre Haute and graduated from South High School in 1977, has written a new book, “Whole Brain Living.” Her first book in 2009, “My Stroke of Insight,” spent 63 weeks on the New York Times Best Seller list.

Courtesy Martin BolingBook No. 2: Neuroanatomist Jill Bolte Taylor, who grew in Terre Haute and graduated from South High School in 1977, has written a new book, “Whole Brain Living.” Her first book in 2009, “My Stroke of Insight,” spent 63 weeks on the New York Times Best Seller list.

That’s the amount of time necessary for the average person to brush their teeth or sing “The Star Spangled Banner.”

The same timespan — when spent wisely — can steer a person away from the endless loop of anger, vitriol and bitterness that has saturated daily life for the chaotic past year, or two, or four. Or, for the past decade, or even the 21st century.

A traumatic physical event led Jill Bolte Taylor to discover a path out of that loop and toward peace. And, the first step for the rest of us could be just 90 seconds away, as the brain scientist and 1977 Terre Haute South Vigo High School grad explains in her new book, “Whole Brain Living.”

There’s one catch, though.

Locals may remember Taylor as the woman who grew up in Terre Haute, graduated from South, earned degrees at Indiana and Indiana State universities, trained at Harvard University and became a neuroanatomist. With a guitar and preserved donor brains in tow, she’d speak to schools across the country as the “Singing Scientist.” The rest of the world got acquainted with Taylor after a lifechanging journey that began in 1996, when the renowned brain expert experienced a severe stroke in the left hemisphere of her own brain, leaving her unable to walk, read, write and remember. Taylor’s expertise enabled her to comprehend the disruption of the stroke as it happened, and to appreciate the contentment still intact and available in her right-brain.

It took eight years for Taylor to rewire her left-brain functions using her right-brain skills.

It can take an everyday person 90 seconds — using the tools Taylor deployed — to avoid a cycle of anger and instead settle into some inner peace.

“We can train ourselves to have more fun, to lighten up, and to know when we’re getting cranked up and ready to blow,” Taylor said.

The world learned of Taylor’s story through a TED Talk in 2008 — the first speech from that now-famous public speaking forum to go viral on the internet. Her 18-minute TED Talk has been viewed 27 million times during the past 13 years. Thousands more people read the story in her 2009 book, “My Stroke of Insight,” which lingered on the New York Times Best Seller list for 63 weeks. Still more saw Taylor among Time Magazine’s “100 Most Influential People in the World” published in 2008.

“That was a big wave,” Taylor said.

Now, a dozen years later, she’s written “Whole Brain Living: The Anatomy of Choice and the Four Characters That Drive Our Life” to help others make that same journey to peace, without suffering a stroke.

There are Thinking and Emotion characters (or cell modules) in both the right and left hemispheres of the brain. Left Thinking involves rationalizing and categorizing, the Type-A personality actions. Left Emotion takes information and compares it to past experiences, such as a painful event; addictions linger there, too. Right Emotion sees fun, excitement and curiosity in life, and seeks a community with others. Right Thinking harbors peace, gratitude just to be alive, acceptance of reality and a portal to being at one with the universe, or God.

When an event stimulates a person’s emotions, it takes 90 seconds for the chemical reaction to hurt, anger or sadness to flood through the bloodstream and then flush out of the body. At that point, the person can learn to call a “brain huddle” and decide which right-brain or left-brain character to deploy. If they choose to rethink the hurtful event, or lash out, the emotion begins running in a perpetual loop.

Or, they can stop and choose a healthier response from the right-brain. It takes practice to recognize a feeling and understand that rage could follow, or be avoided.

“I have the choice to stop and and pause and breathe and take 90 seconds,” Taylor said. “We stay mad or angry or enraged for more than 90 seconds because we keep repeating that loop.”

The brain’s left side is equally valuable, she emphasized. It helps us get our work done and analyze situations. “It’s a wonderful part of our brain, but it needs counterbalanced with the right side of our brain,” she said.

A person’s left-brain sees differences in others, such as skin color, clothing styles, beauty, social status, religious expressions or wealth. “The right-side says, ‘That person is different from me in interesting ways, and I want to learn more,’” Taylor explained. The left-side dwells on a me-centric existence, while the “we-centric” right-side allows a person see themselves as part of something larger — humanity.

She uses two friends, a married couple, as an example. The wife, a teacher dealing with the stress of the pandemic-disrupted school year, is primarily a Left Thinking, Type-A person. Her husband tends to be a Right Emotion guy, fun-seeking and outgoing.

“We’re all different, and we’re all unique,” Taylor said.

So, the couple uses Taylor’s behavior model to channel the less dominant characters in each other for the better. The wife will call the husband, and ask him to channel his Left Thinking side for 30 minutes when she gets home to tackle a chore, then she’ll channel her Right Emotion side for the rest of the evening to hike or go to listen to music.

It beats the loop of unhealthy emotions and reactions.

“That would be the roadmap to peace,” Taylor said.

She developed into primarily a Right Emotion person. When the stroke disrupted her left-brain, she was forced to function as a right-brain dominant person. Her enhanced embrace of community with others appealed to people who read “My Stroke of Insight,” watched her TED Talk, saw her on “The Oprah Winfrey Show” or read about her in Time Magazine.

“Three-hundred thousand people wrote to me to say, ‘How do I find that peace?’” Taylor said. Those questions led her to write “Whole Brain Living.”

Now 61, Taylor splits her time living on a houseboat in the nation’s Southeast or in Bloomington. She’s busy lately talking about the new book, including through two podcasts a day. True to her field of expertise, Taylor’s learned a few things since the whirlwind surrounding her first book.

To find the book

• Jill Bolte Taylor’s book “Whole Brain Living” will be released May 11, and will be available in book stores and online, or by visiting her website drjilltaylor.com.