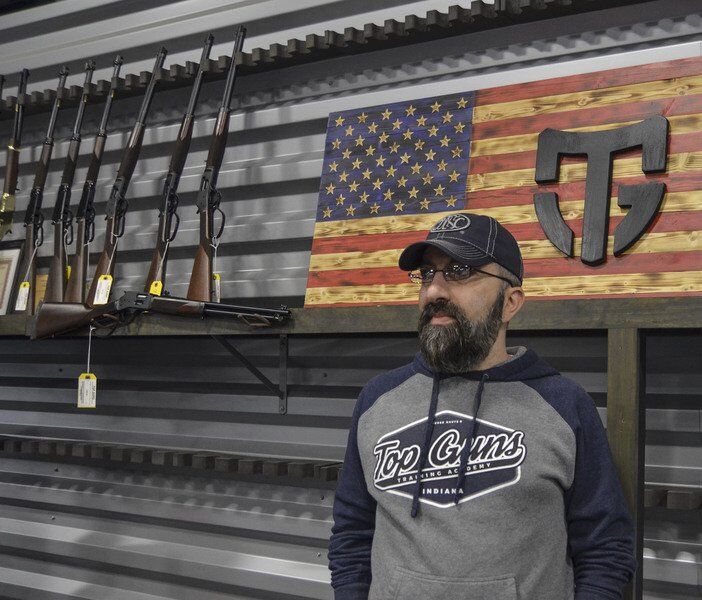 Tribune-Star/Austen LeakeFlying off the shelves: Top Guns owner Steve Ellis has expanded his supplier list to try to accommodate the high demand for ammunition. 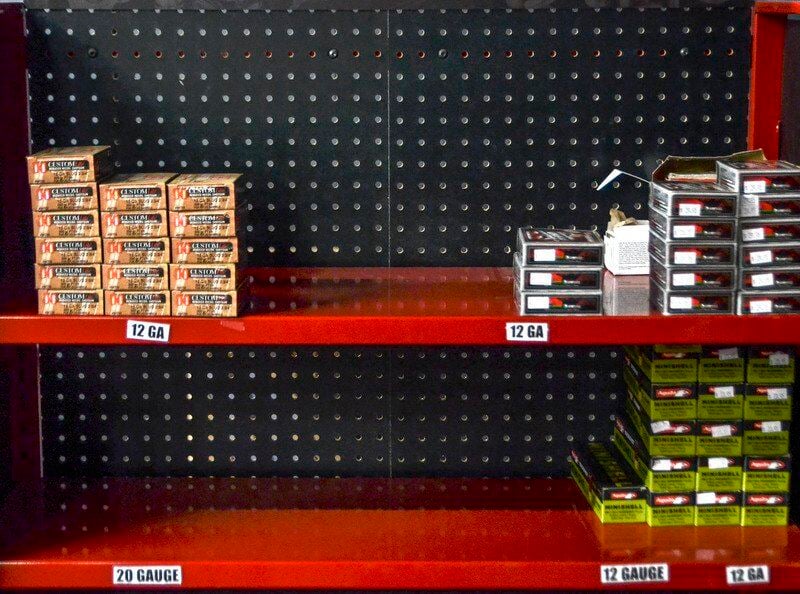 Tribune-Star/Austen LeakeSupply and demand: Top Guns owner Steve Ellis says the amount of customers seeking ammunition has increased greatly over the past year. 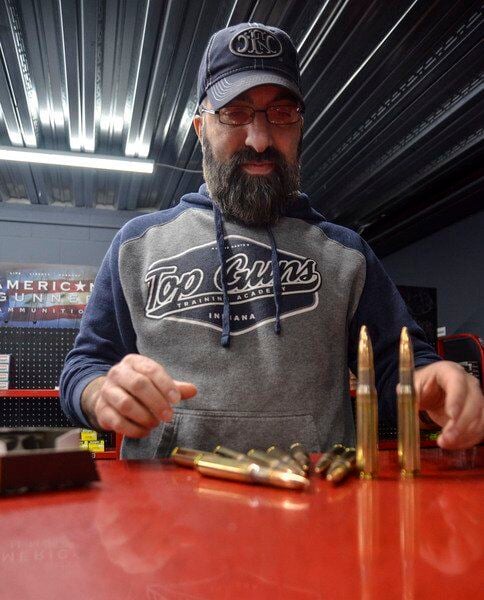 Tribune-Star/Austen LeakeShortage: Top Guns owner Steve Ellis says the ammunition shortage is due to a variety of causes.

Tribune-Star/Austen LeakeFlying off the shelves: Top Guns owner Steve Ellis has expanded his supplier list to try to accommodate the high demand for ammunition.

Tribune-Star/Austen LeakeSupply and demand: Top Guns owner Steve Ellis says the amount of customers seeking ammunition has increased greatly over the past year.

Tribune-Star/Austen LeakeShortage: Top Guns owner Steve Ellis says the ammunition shortage is due to a variety of causes.

Ammunition — when it can be found — is flying off the shelves across the United States, including in Terre Haute.

For example, in mid-January Top Guns in Terre Haute had available the popular 5.56mm rifle ammunition.

Videos detailing how and when customers could buy the ammo, pre-loaded in magazines and placed in range bags, posted to the store’s Facebook page garnered tens of thousands of views.

The day the ammo was released for sale, hundreds of people lined up outside Top Guns, all hoping they’d gotten there early enough to snag one of the packages.

The run on guns and ammo appears to have been initially set off in the spring by the COVID-19 pandemic and related restrictions and at first appeared similar to runs on other consumer goods, such as toilet paper and paper towels.

Steve Ellis, owner of Top Guns, said the ammo rush started at his shop in February 2020 when news reports started projecting the severity of the COVID-19 pandemic.

Rumored shutdowns and then stay-at-home orders kicked off a firestorm of buying, Ellis said. At his shop, some 4.5 million rounds went out the door in just 10 days.

“I think some were concerned that there might be a lack of availability of food, and people wanted to be able to hunt if they wanted and [also] be able to defend what they had if it came to that,” Ellis said.

So not only did commonplace firearms get more difficult to find or to keep in stock, so did ammunition for those guns.

“Just a presidential election year alone is enough to cause an ammo shortage,” Ellis said. “But when you add all those other factors, it was just a perfect storm.”

The inordinate demand has resulted in most ammunition doubling in price, or more, at local gun shops and climbing even higher on secondary markets, such as GunBroker, a national online auction site.

The price hikes, which have only seemed to escalate, are frustrating for both shooters and for people in the industry.

For established dealers such as Top Guns that have loyal customer bases, retail price increases — when the store can get their hands on ammo — are the result of a hyper-driven market, not profiteering, Ellis said.

‘Not seeing an end’

“It is unlikely we’ll see an end to this, if we’re lucky, in the next year or year and a half,” Ellis said. “And that’s if nothing stupid happens between now and then. But, as we’ve seen, stupid has been the norm lately.”

Nationally, the forecast is much the same.

Manufacturers say they are upping ammunition production and pushing more product out their doors than in years past, but they just can’t keep up.

For example, Vista Outdoors — owner of well-known brands such as Federal, CCI and Speer — in November reported it had backorders that will extend out a year and represent a billion dollars at wholesale prices.

Other large American makers such as Winchester and Hornady say they, too, are making and shipping ammunition as fast as they can.

Jason Hornady, vice president of Hornady Ammunition Manufacturing, in a YouTube video posted a month ago said production has been running full tilt for months but demand is outstripping capacity.

“We’ve made one-third more [ammunition] this year than last,” Hornady said. “Unfortunately, we don’t have an extra factory laying around ...”

“We talk to a big database of users on a monthly basis, and one thing we’re noting is that what we call ‘heavy shooters,’ those who shoot 10,000 rounds or more per year, a lot of them haven’t been purchasing,” Metz said. “They’ve seen the frenzied activity and are holding back in hopes it’ll subside.

“Well, we all know what’s going to happen when they work through their stockpiles and at some point, come back to the market. So, no, we don’t foresee any slowdown in the demand in 2021.”

TERRE HAUTE [mdash] Larry Gene Milam, 82, of Terre Haute, Indiana, passed away on May 9, 2021. Larry was born on August 31, 1938 to Owen and Mary (Wilson) Milam. He is survived by his two sons, Michael Milam and Scott Milam; as well as his grandson, Zachary Milam. Larry enjoyed restoring ant…